Recognizing Personality by Face and Controlling a Loader in VR: ITMO’s Pre-Accelerator + Highpark Participants at the Innovation Forum

Five teams from ITMO Pre-accelerator + Highpark presented their projects in front of Japanese IT experts at the St. Petersburg International Innovation Forum. Among these projects were a new digital platform for construction works and an optimizer for browser bookmarks and files storage. ITMO.NEWS saw the presentation and learned about the products that still need to be developed and the ones that might shortly become available on the market. 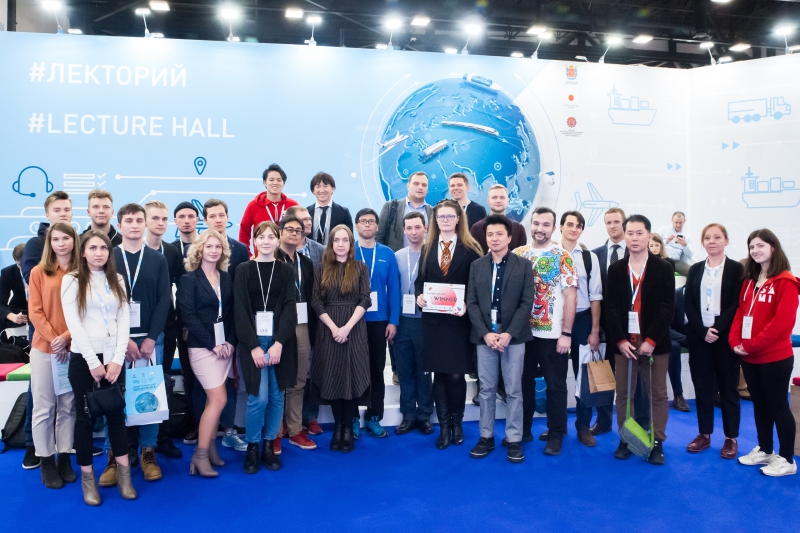 Both the Russian investors and Japanese IT experts came to the pitch-session with the representatives of ITMO Pre-accelerator at Expoforum. The ITMO startupers had five minutes each to present their projects and talk about their innovative solutions, business plans and development prospects. Five out of fifty teams that were admitted to the program this September took part in the Forum.

“We selected these startups at the beginning of September,” says Natalya Lebedeva, PR-Manager at ITMO’s Pre-accelerator. “Our participants have been studying for over two months. During the first month, we formed 50 teams from a total of 400 applicants. Some of them came to us with a project idea, while others were wishing to first learn the theory and then come up with an idea or join an existing startup. It was over our first few events that we formed the teams. Now, we chose five teams that were ready for a pitch-session based on our coaches’ feedback and the amount of theory learned by the teams. For a lot of them, it is their first time participating in such an event.”

Can a face unveil a personality?

“Scan Face” were the first to present their project. The team created a service functioning on the principles of psychogeometry that determines some personality traits based on a person’s facial structure and hairstyle. The service is already operating and generating revenue as a minimum viable product (MVP).

“We’ve equipped the model with a plethora of scientific methods that help create a psychological profile of a user based on a number of detected qualities,” explains Filipp Zhuchkov from “Scan Face”.

Apart from this profile, the service is said to be able to give recommendations on what a person has to change about their appearance in order to be seen differently – like a new hairstyle or a moustache.


“We can explain how a person is seen by others, and then say what are the simple modifications they can make so as to be perceived differently. It is based on the first impression, the way other people react to someone when they first meet. For example, we had an entrepreneur who wanted to have a look for business meetings that would make him get his ideas across and be seen a certain way during tough negotiations,” continues Zhuchkov.

The project is now operating as a service that analyses appearances and creates a psychological image on a by-order basis. In the future, the team is planning to expand it by transporting the algorithm into an app and make money on a paid subscription. It was with this goal in mind that they joined ITMO’s Pre-accelerator.

“We want to prove our hypothesis one more time and improve the results. The accelerator is saving us time: here, we won’t make the mistakes we would have made otherwise. I’ve been through many accelerators, and I really like how this one is organized: there is competition between the teams, every step is awarded with a certain number of points, and you can see how a certain decision you make affects the number of points,” he sums up.

The “Synaps” team project is meant to solve a common problem or trying to find something you had saved before. Each of us has experienced the drama of bookmarking an interesting article in the browser and then losing it among all the other interesting articles that were already there. The startup suggests leaving this struggle of bookmarks and folders in the past and moving on to a system of tags.

“The problem is that we store our data in a tree-structured system. This makes us classify our files every time we need to find something,” explains Ilya Sharkov, one of the creators. “You have to integrate every new document into the already established structure of folders. Sometimes you are forced to create a new folder. We solve this problem by introducing associations. It is already known and applied, for instance, in the form of tags. It’s only that most of the systems use tags as just some of the additional features, while for us it’s one of the main tools that we call associations.”

The service is currently available as an application for in-browser bookmark search, but is planned to soon be able to help you find documents on your desktop as well.

Each bookmark receives a number of tags that are typically interlinked. Thus, a cruise offer page might be tagged with “sea”, “vacation”, “discount”. If a user wants to find the page, they simply have to type in the tags into the search engine, which helps to navigate the numerous bookmarked pages. The team is planning to make the tagging process automated, so as to make the app even more user-friendly and efficient.

Among user-oriented solutions the pitch-session also included projects that were meant to facilitate the work of whole industries, like construction, for instance, which the “Inbuild” team introduced a digital platform for.

“It allows users to conduct calculations the level of computer-aided manufacturing and pick the hardware needed for a particular project,” explains Elizaveta Kobets, the leader of the team. “There are already some calculators, metrics and formulas used by specialists in the industry, but there are no complex solutions and no tools that would choose the necessary hardware. Each calculation on the project has to be done in consultation with the developer, and the data keeps changing all the time. Making calculations inside an app that includes the developers in a certain segment allows specialists to find project-specific hardware based on a number of set criteria. You can see which of the formulas are better to use for the materials you need, then evaluate the risks of choosing the inappropriate ones for your project, and finally address the developer directly to get your project off the ground.”

The project is currently at the end of the pilot stage and is prepared for an MVP release. It is hoped to solve a major block of problems encountered by designers and constructors in the field.

“Our main goal is to deliver our tool to certain developers that would assess its usability and give feedback on precise details and settings,” adds Kobets.

The team is also developing a human-machine interface project. A system of indicators will evaluate a number of aspects for each construction worker, like their location, mood and whether or not they are actually working at a certain moment in time.

The “Hamstand” team is developing a smart modular cabinet for smartphone storage. This project is meant to attract high-tech mobile application developers.

“We offer a physical storage for companies using mobile devices in their operational processes. We provide this storage with a software that helps to control the operators and gives regularly updated information on mobile devices efficiency,” explains Oleg Karakyan, one of the developers.

According to the startup’s calculations, a developer company with 20 employees spends tens of thousands of dollars in labor hours annually on operations with smartphones and tablets. Each minute spent looking for a certain device or charging it leads to losses.

“Our project is actually a way to cut down on these losses,” continues Karakyan. “When you put a device inside our smart cabinet, it is marked in the system. It means that the item is now easy to find if needed. And if you still have it, then it would also be easy to see with our software. The device information is updated, so you can keep a log.”

Oleg Karakyan says that the first sample is now on beta-testing and is ready for industrial application.

Work from home in a mine

The last project is also meant to save costs. The “VR work” team offers an app allowing an operator to manipulate complex machinery at work in remote areas or hazardous production facilities from the safety of their homes.

“Our idea is creating an app for VR-based remote heavy machinery control,” explains Egor Yarushnikov. “You can download the app, connect your phone to a VR-headset and operate hardware located anywhere in the world. It can be a hazardous production site or a hardly accessible region. It can be thousands of kilometers away.”

The team is now looking for partners who would agree to test the product on site. In the distant future, the project can be used to collect enough information to make the loaders, cranes and other machinery completely automated.

After the presentation, each project was evaluated by Russian and international IT experts. “Inbuild” and “Synaps” were put on first and second place and were awarded by the organizers.

“The projects here are now at various stages of maturity,” commented Hiroshi Makino, the CEO of Sami and one of the judges at the Forum. “Some of them are already developed and only need to be improved, while others are not ready to enter the market. The technical solutions presented were of good quality, I wouldn’t say they lag behind the Japanese ones.”

After the Forum, the participants will continue developing their products to get ready for a major pitch-session awaiting all the Pre-accelerator students in December. Their projects are scheduled to be finished in January.