Startup for Startups: How UXSprint Helps Projects Get Better Before They Even Hit the Market

Elizaveta Afanasyeva, a participant of ITMO’s pre-accelerator talks about why her service is unique, it’s global mission, how in demand such services are and how it can develop further. 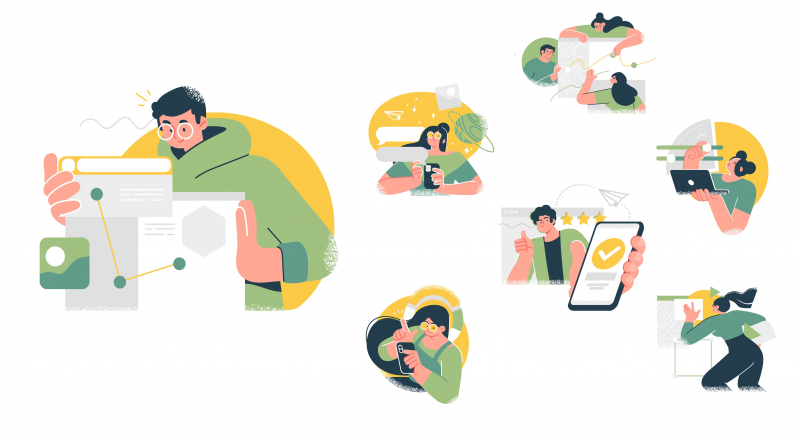 Many startups face a similar problem that people invest a lot of time and effort in development, only to find that their application is inconvenient to use.

There are very few services that would offer to conduct UX testing of an unfinished product that only has a layout and design prototype. But the need for such services is extremely high.

The UXSprint startup was created to look at the problem from the inside ― its founder Elizaveta Afanasyeva herself works in the product team of a small agency and at the same time studies "Multimedia technologies, design and usability" at the Faculty of Software Engineering and Computer Systems. The idea, which initially appeared during the work on the educational project on the core course "High Tech Business Creation", is now developing as a full-fledged startup in the Pre-Accelerator (link in Russian) and is already actively working with commercial orders.

About the service and its competitors

UXSprint is a startup for startups. Our main goal is to help projects at the initial stage of development to find vulnerabilities and shortcomings in the interface and make it more effective.

We conduct profound usability testing of layouts and prototypes before the product is released to the market – we find technical and logical errors, as well as offer options for improving the user interface.

This allows creators to save time and money on development and get feedback from real users.

We chose the name UXSprint because we perform a usability audit within two weeks: during this time, we collect respondents based on the description of the target audience from the customer, check the site or application for convenience, make a report and offer our ideas on how to improve the interface. After that, we test the changes that we made on our respondents.

At the same time, we do not conduct a comprehensive study of the site's usability, do not develop interfaces from beginning to end, do not conduct interviews and do not build user paths in the classical sense, but use it as an additional tool for selecting respondents, searching for hidden motives in actions and getting acquainted with the experience of users. That is, the customer sends us pictures with the design, we make a small prototype out of it  and show it to our test audience.

There are already a number of solutions in this area, for example, the new Yandex.Vzglyad service, which is still at the testing stage. But its problem is that testers are recruited from the Yandex.Toloka exchange. That is, these are random people who are just looking for additional income. Often they are not from the target audience at all and will never become real users of the future product. We approach this task more qualitatively: the project founders send us a description of their target audience, and we find respondents on interest forums, telegram channels, communities in social networks, and so on.

At the moment, we are doing the selection manually, testing the model as a whole, because our startup is only a couple of months old. But in the near future, we plan to develop an automated bot that will do it for us. So far, we do not have such a large flow of customers to fully switch to automation.

About the idea and its relevance

The idea came from a High Tech Business Creation course. When classes first started, we talked about entrepreneurship and its goals. Each of us was asked: what do we do best? I immediately said: make websites and applications convenient, useful and effective. I always advocate that the interface of any site should be improved. Of course, there is no perfect interface, but you always need to work on user-friendliness. This is my credo - both in work and in life. There was no question about in what area we would choose a project.

I was told by the teacher that the project should ignite a fire in your eyes and also charge the people around you. Business is about an idea that benefits people so much that they are willing to pay for it.

It so happened that my course on High Tech Business Creation ended just before the start of the Pre-Accelerator recruitment. My teacher in the course was Maxim Zaikin ― he invited me to participate in the pre-acceleration program. His high assessment of my project motivated me: it is always nice when people believe in your idea and that you can implement it. It is hard to imagine how things would have turned out if I hadn't been in this course and in the Pre-Accelerator. I probably would have gone around with a bunch of different ideas in my head and done nothing with them.

When I first came to the course, I had huge plans: who to work with, for whom to do it. The first thing Maxim said: you need to segment your audience and not try to meet all your needs with your product at once. So I decided to focus on startups, including those from Pre-Accelerator and ITMO. Many projects have entered the market so far, and it is difficult for them to evaluate the experience of their users, because in fact there are no users yet. And for me, this is an opportunity to contribute to their development and help them identify their weaknesses, so they can develop their project further.

About clients and completed projects

In the few months that we have been working, we tested about 15 startups. There were also just pilots and test projects, where we basically tested the idea and looked at how much it is in demand, whether such a service is needed at all.

Now we have already switched to commercial orders ― people find us through word of mouth. We have not yet launched any landing page or advertising, but people from other Pre-Accelerator projects, ITMO University, and just our friends have started contacting us.

For example, we are currently working with a project from ITMO called Synaps ―  a plugin and a platform for storing notes in the browser. After that, we will move on to a startup that is developing a mobile application for digital well-being: it teaches you how to interact with social networks and gadgets in general, in order to control this process and avoid flipping through the news feed for an hour. Of the projects that we have already completed, the most interesting was the GoCamp (link in Russian) project. This is a huge aggregator platform where all adult camps in Russia are collected.

Initially, we intended to create a platform on which startups could display information about their project, tasks that they should perform, analysis, and a description of the target audience. But after talking to our colleagues, we realized that what is missing is not a platform, but a tool that could show how users interact with the platform ―  without having to get into the program code.

Working with the code is quite a time-consuming process, which is not always possible to do quickly. And we are focused on giving results quickly and accurately.

So far, we have settled on the idea of developing a plugin that will track user actions on the site and help UX designers analyze the interface themselves. So far, we are at the stage of describing the functionality and drawing up technical tasks, but we are already actively looking for developers.

Now there are three people in our team: my classmate Anna Belova and I are responsible for UX analysis, and a man who communicates with customers and respondents and generally acts as a manager. In the future, we plan to expand our team and build a more dense flow of orders to gain experience.

I can say that during the time that our project is in the Pre-Accelerator, I have changed my thinking and attitude to entrepreneurship. Now for me, it is about creativity, self-expression and the benefit of other people. Thanks to our traction meetings with the mentor, new ways of development were opened to me, which were not at all obvious at first.

As for the financial aspect, so far we have no need to find investors. In fact, we don't even have anywhere to invest. Now the task is to determine the need in the market and the shape of the project. In the future, when the project is already more formalized, we could apply for a grant, or look for investors.