The annual WUD@ITMO was held for the sixth time by ITMO’s Center for Usability and Mixed Reality to celebrate World Usability Day. 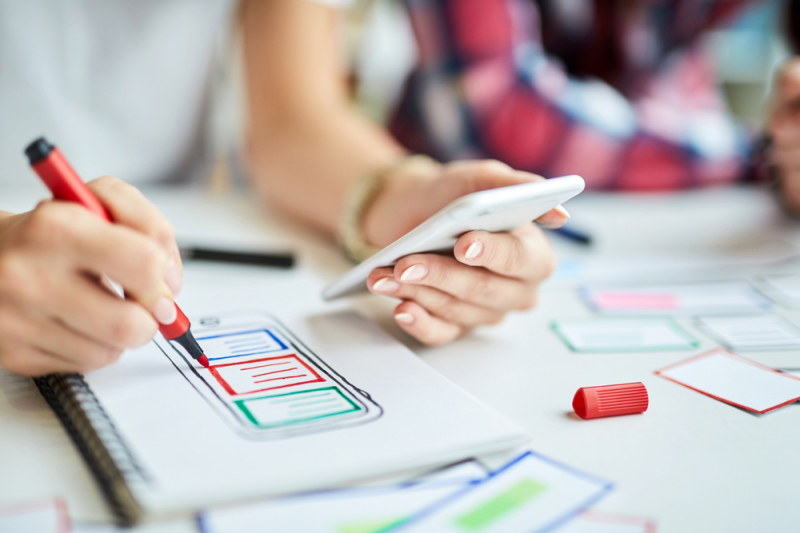 This year’s topic was Human-Centered Artificial Intelligence, and the conference was organized in partnership with Tallinn University and UsabilitytLab with EPAM sponsoring the event.

This year, the main novelty wasn’t just transitioning to online but also the extended three-day format of the conference that was possible thanks to UsabilityLab and especially its managing partner Dmitriy Satin.

“Last year, Dmitry Satin closed the WUD@ITMO conference with a major interesting meetup. This year, he offered to partner with us and allowed us to use his online conference platform,” explains Artem Smolin, head of ITMO University’s Center for Usability and Mixed Reality at the Faculty of Software Engineering and Computer Systems and one of the organizers of the event. “He also decided to organize two additional days of the conference, because the UsabilityLab is one of the leading UX companies in Russia and thus has built a powerful professional community around itself, including partnerships with major corporations, such as Alfa-Bank.”

During the first day of the conference, WUD@USABILITYLAB, speakers discussed the specifics of working in UX design. Experts from major Russian companies such as Sber, Mail.ru Group, Emerging Travel Group, JetBrains, Tinkoff Bank, and UsabilityLab company itself shared their experience . The second day, featuring the most renowned speakers, was supported by Alfa-Bank. Finally, the third day of the conference was held by ITMO, with the university’s experts and students taking over the mic. For instance, they talked about redesigning ITMO’s internet services and the ITMO students’ digital assistant Avatar project.

Interfaces to boost the quality of life

Jakob Nielsen, one of the world’s most famous usability specialists and founder of Nielsen Norman Group, was a special guest at the conference. He presented the history of UX design and shared his vision of the field’s future given the context of the coming social changes such as the increased number of elderly people generally – and among interface users, as well as the improved living standards and welfare of people around the world, which would also mean a significant raise in demand for good-quality interfaces.

Other speakers, too, mentioned social changes. Many of the participants underlined how important it was to not only create beautiful and convenient apps, but also employ them to improve the quality of lives of everyone – including the sick and the elderly, and people with disabilities. Sometimes, UX designers can even save lives, as was demonstrated by George Held, chief digital officer at Beeline Russia, who drew on examples of drones used in Liza Alert (a search and rescue team – Ed.) operations and machine learning algorithms for drone pictures analysis developed at Beeline.

One of the topics at WUD@ITMO had to do with AI in smart home appliances remotely helping the elderly – a project presented by Anastasia Kapitonova from People Power Company. Valeria Kurmak, an expert in inclusive design and head of the UX department at the AIC design agency discussed the ways Microsoft and Apple adapt their products for people with visual and hearing impairments, or movement disorders.

“Whereas back in the 1980s, the WHO defined disability in relation to a particular person, now this word is used to describe the disabilities of the environment that this person lives in. That is to say, the incongruence between the environment and the way people interact with it,” says Valeria. “Here we are talking about both the environment, be that a physical or digital one, and the ways of interacting with it. For instance, we can talk about situational disabilities (a child in your arms), temporary disabilities (a broken arm), or permanent disabilities (a missing arm). It’s important to understand that we are creating this very disability when we’re designing ways of user interaction. That’s when the role of a designer becomes especially important.”

Why you don’t talk to robots

AI, the main topic of the year, was discussed in talks of Artem Smolin, Dmitriy Satin, and Alexander Volosyuk. Artem Smolin pondered on AI and the associated issues as portrayed in science fiction – from Gianni Rodari’s The Robot Who Wanted to Sleep to the iconic Do Androids Dream of Electric Sheep? by Philip K. Dick. Both of these works were written in the late 1960s, but 50 years on we still haven’t created a sufficiently strong AI or solved the ethical and moral dilemmas accompanying it.

Alexander Volosyuk gave a brief overview of the history and theory of human-robot interaction, drawing attention to the main concepts of the leading experts in the field. He also discussed the problems currently in the focus of AI specialists and the risks connected to developing technologies such as driverless cars.

In his turn, Dmitriy Satin raised the problem of chatbots and voice assistants – specifically, why people are reluctant to interact with them, building actual relationships.

To illustrate his talk, he addressed the example of Spike Jonze’s movie Her, where the OS was so realistic that the main character fell in love with it. According to Dmitriy, the problem is that chatbots are not allowed to flirt with their users, they don’t have the function of remembering names or topics of previously held conversations. That makes AI seem unempathetic, which means it’s impossible to get attached to it. Dmitriy believes, however, that the future lies in those AI algorithms that can mimic human interaction.

“Isn’t it weird that voice assistants exist, more and more of them are produced, and we often buy them for our elder relatives who might have a hard time getting used to all the gadgets, touch interfaces, or the abundant buttons. It seems like those assistants have to fill the existing digital gap. But something goes wrong and we only use them to activate navigation apps while we’re driving, and then all of the purchased devices collect dust on our shelves. We expected much more from them. And their fundamental problem is that they don’t initiate communication, they won’t ask you about your day or your mood. They won’t even remember your name. That means that the magic of personal contact is destroyed. All of us developing dialogue interfaces have to turn to the social psychology of communication. Because people love talking about themselves – not just order taxis or food deliveries. We need someone we can talk to.”

Outcome of the conference

According to the organizers, they created a popular UX event with over 2,700 people registering for it.

“We worried that something would go wrong online, but we did it, we had an interesting program, thought-provoking questions, as well as positive feedback. At ITMO, we keep up the hard work in the field of UX design, creating interdisciplinary projects, helping our colleagues, or collaborating with private companies. For instance, we have already sent a Power Pitch presentation “No KPI without UX and HCI” to the upcoming ITMO Open Science conference. In this presentation, we want to demonstrate the importance of good-quality interface design for any project – be that robotics, photonics, or cyberphysical systems,” concludes Artem Smolin.

Recordings of all conference days, as well as talks of specific speakers are available on the official YouTube page (in Russian).