BuildDocuments is a graduate project of ITMO University’s Pre-Accelerator that received the highest praise from its expert investors and mentors. The service allows users to digitize construction paperwork and track work progress online. The product was released on May 26, with pilot testing slated to begin in June. Five million rubles in investments, over 300 subscription pre-orders, and the support of the Russian Ministry of Construction – we spoke to the startup’s founder and head Evgeny Buzlaev to find out how his team was able to launch an IT project in an industry as conservative as construction. 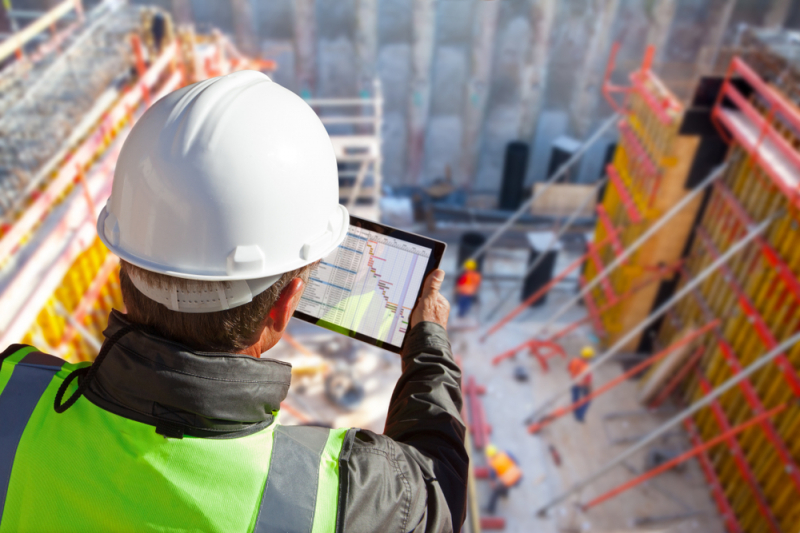 Evgeny, what is your project’s target audience? What is its purpose?

Today, construction sites maintain mandatory paper ledgers, which are filled out daily by the supervisor, as required by law. In essence, these ledgers are the point of origin for data that is later copied by hand into Excel files or Customer Relationship Management (CRM) systems. Then, the data is given to another person, then another, and so on. In the end, the information in those end documents is nearly never the same as it was in the initial ledger. And the massive amount of physical archival documents makes it nearly impossible to tell when exactly the data was changed.

We’re suggesting users to replace physical ledgers with digital ones, so that the initial records are transmitted straight into a CRM system of their choice without any human involvement. This way, the customer, the construction company, and the contractor have real-time access to information on what is happening at the site at this very moment. The production schedule is filled out automatically based on the data entered by the site supervisor. There’s also quite a handy feature that allows them to keep track of materials and monitor their usage.

Thanks to a system of digital signatures tied to FaceID, all records are official and forgery-proof. We’ve already spoken to the Ministry of Construction, who confirmed that our digital signature algorithm can be considered a legal substitute for hand-written documents.

How do your customers benefit from adopting the system?

Firstly, our service allows them to be rid of massive paper archives that are difficult to navigate. Secondly, it significantly reduces the time needed to finalize and approve all necessary documents. Thirdly, all this digital data can later be used as evidence in the event of litigation. Overall, the system makes these processes cheaper, quicker, and more efficient.

How did you first come to this idea? And what led you to the Pre-Accelerator?

I’ve worked in different capacities within the construction industry for 15 years. And I know its pains and troubles well. In this time, I’ve drawn up a massive amount of paperwork, most of which collects dust on shelves. And those papers contain experience and knowledge that cannot be made accessible. I decided to create a product that would maintain the philosophy of physical archives, but would also be modern and accessible to users.

The idea emerged in November of last year, and we were already at the Pre-Accelerator in February of this year. We saw an ad for it and found it to be a great program. So we submitted an application and got accepted.

Right now, we’re training at the Accelerator and working with our advisor on a market strategy.

What did joining the Pre-Accelerator give you? Did you achieve the results you hoped for?

I have great impressions of working at the Pre-Accelerator. While there, we reconsidered our market entrance policy. We used to think that we should wait until the regulations are changed and put our effort into pushing for that change. Because, obviously, no site supervisor is going to do the same thing twice – fill out both a physical and a digital ledger. They’ll go with paper because it’s the kind that’s mandatory.

In the end, we redesigned and tuned our business processes to rid the hypothetical supervisor of the paper ledger and only leave them the digital one. And, thanks to workshops, we’ve prepared a very impressive presentation for the investors.

How did things change after your win on Demo Day?

Investors have become more eager to speak with us, we’ve acquired some more connections, and we also got a free office at ITMO University’s Technopark.

And how has your project developed since? What are your plans for the future?

We’ve raised five million rubles in funding. On May 26, we had our product’s official release. In July, we’ll start pilot projects with several major developers. If all goes well, we plan to start our first sales and we’ll practically no longer be needing investments. Our plan is to reach a volume of 20 million rubles per month by December.

Right now, we’re running a marketing campaign in two parts. The first is about presenting our product and promoting its release, and the second is about inviting companies and negotiating pilot launches.

Has the pandemic affected your plans?

Not at all. Before all this, if I wanted to coordinate a pilot, I’d need to arrange a meeting, then go to, say, Moscow and pick a time when everyone could get together. That would usually take at least two weeks. During the pandemic, it only took us two days to get in touch with prospective partners and agree on a Zoom conference.

Besides, we’ve been able to fully show off our product’s advantages. Right now, all office workers involved with construction have gone remote. But construction hasn’t stopped. Naturally, there is a disruption in the data flow: it takes a long time for information to reach specialists who are sitting at home, unable to visit the site and find things out in a timely manner. Our system is the solution to this issue.

Can you tell us about your team? What is everyone’s role?

We’ve got four programmers working on the application. Our CTO lives in New York. We also have a sales specialist and a marketing specialist.

A very talented designer from St. Petersburg works on the program’s visuals. Based on the feedback we’ve received, our app is like an iPhone next to an old Android. We’ve tried to make the system convenient and accessible from the start, and that gives it another advantage over systems that others are trying to adopt in the construction business.