ITMO Technopark launched the Pre-accelerator educational program for St. Petersburg entrepreneurs. The course was created in collaboration with ITMO Highpark for the purpose of helping startupers in the early stages. In the course of three months, its participants will be testing their ideas, developing business models, finding consumers and creating the MVP, a minimum viable product for entering the market. Learn more in this article by ITMO.NEWS. 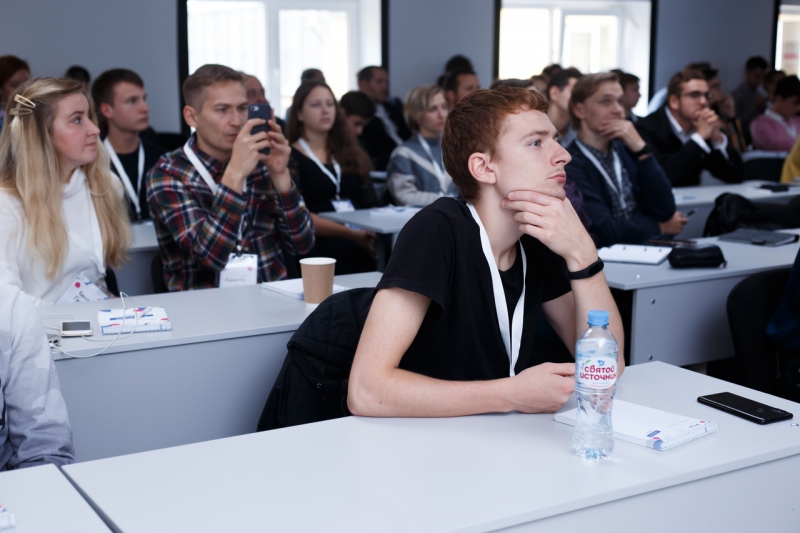 Opening of the Pre-Accelerator program

The acceleration program consists of a preparatory stage for projects in the development stage, the Pre-accelerator, and the Accelerator for startups with a high degree of readiness.

“The Pre-accelerator is a new format of interacting with startupers. In the previous years, the accelerator was the only thing we had in this regard. So this year, we introduce a preparatory stage. The Pre-accelerator is aimed at those who have ideas but aren’t ready for an accelerator where we work on marketing strategies and scale businesses. The main purpose of the Pre-accelerator is to help turn an idea into a product, build a team and gradually make it to the first sales or pilot projects with potential clients. We got 487 applications, and thanks to us using an online education format, workshops and distance education sessions, we can work with this number of people. We’ll take 20-40 best projects to the accelerator and continue working on their businesses there,” says Aleksey Solomatin, head of ITMO University business accelerator.

The Pre-accelerator project was created in collaboration with ITMO Highpark, so it was not only ITMO students but also any willing citizen of St. Petersburg who got access to the course. The Pre-accelerator’s and Accelerator’s successful projects will have a chance to make it to Highpark’s Extramural Residentship program which will offer them an opportunity to participate in mentorship and investment sessions, get PR-support and help to commercialize their research.

“It’s great to see such a number of people here. Aleksey is right: this is the first program that not just ITMO students but also the city’s projects can participate in. ITMO Highpark is still in construction; ITMO’s new campus will be delivered in 2021. For now, we believe the launching of the Pre-accelerator to be the year’s main event; and in December, we’ll be also hosting the Highpark 2019 international forum. It is also open for participation: we will choose the best projects and offer them a site to present themselves to investors and representatives of corporations. Who knows, some of you may well get their first investment of other kinds of business offers. By the way, you can already become residents of ITMO Highpark and get consultations as well as information and PR-support,” comments Marina Surovaya, ITMO Highpark’s PR director.

An online course that consists of 23 modules (51 text materials, 15 videos, 7 tests and 36 practical sessions on business projects) will serve as the program’s basis. What’s more, it will also include eight practical workshops and communication with a personal mentor; the latter benefit will be available only to 60-70 best projects.

Every two weeks, the participants will attend traction meetings, where experts will study the complex situations which the startuppers will have faced by then and give their recommendations.

The fledgling entrepreneurs will also be able to use the Technopark’s coworking area and ITMO University’s FabLab for their projects.

Ten experienced mentors will help the participants to launch businesses of their own. Each will work with 7-8 projects which will be decided on by October 11 on a competitive basis.

“I’m really impressed with the number of participants. I was among the GoTech ARENA forum organizers, and lately, getting a high number of startupers has become a problem, as there exist many events of this kind, corporate, state-funded, private and university-based accelerators. The current situation is that institutions have to compete for good projects. And the fact that Pre-accelerator brought together 487 participants is really cool. What’s more, I really like the team that Aleksey Solomatin gathered for this project: those are people who have their own businesses. Theory is good and cool, but if a person’s faced particular problems in business, they understand the participants better and can help them out,” shares Alena Samoletova, project consultant of the Ingria business incubator.

Most of the mentors are acting entrepreneurs or people who’ve been working at startup incubators for many years. Therefore, their experience and expertise will be invaluable for developing startups in ITMO Technopark’s new acceleration program.

“I am interested in taking part in the Pre-accelerator because I develop projects of my own and I like to help other people. I’d say I work with startups every day, as I am the lead tracker at the Ingria technopark. It’s not success or luck that I wish to the program’s participants but hard work on their projects, as one’s own business has a lot to do with self-improvement,” comments Maksim Zaikin, an entrepreneur who’s founded over five companies.

In three years, ITMO’s accelerator helped over 80 startups launched by the university’s students; some 20 of them entered the market with monetized products.

“ITMO”s first accelerator was launched three years ago, I worked with both it and the next ones; all of them had interesting and successful projects. The new accelerator is more global: 487 participants is a lot, I hope that at least half of them make it to the middle and some quarter makes it to the end of the program. I think that the program’s format is quite fitting: an offsite preparatory stage and on-site acceleration. Let’s see how it all works out in a year; it seems to me that there will be projects that we’ll soon hear of,” says Aleksey Tolmachev, executive partner of ITMO Venture Partners.

Personal mentors will work with startups on a weekly basis, track their progress, help and guide the projects with the help of their personal experience.

“This is not the first time that I work with startups; I was an invited expert for the Internet Initiatives Development Fund and the Rybakov Foundation. I participated in the development of startups and helped make them profitable. For me, this is an interesting project. I like it that there’s a road map developed for the startuppers, something that will help them track their skills and progress rather than sink in chaos. There was a time when I myself came to the Internet Initiatives Development Fund with an idea that seemed unprofitable to most experts, but I tried it and made my first money in two weeks, and got investments from the fund in six months. Still, experience fades with time, and in order for it to stay relevant, I work with young startupers, transfer it, and so they grow, earn, and I make particular conclusions for my business. So this is a mutually beneficial process which is also very engaging and interesting,” explains Aleksandr Kors, evangelist of introduction and application of chat-bots in Russian small and middle business.