This year’s winners of the Presidential Grant contest for young scientists have been announced. Among them are eight ITMO University researchers. 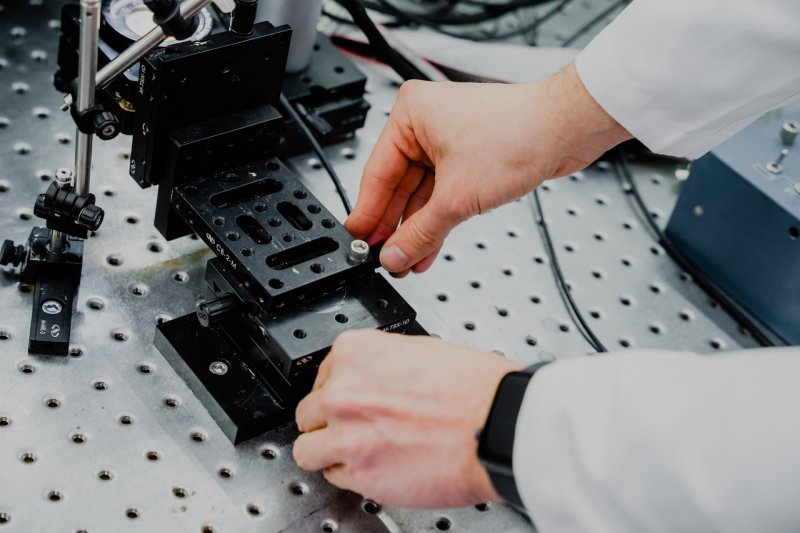 The Ministry of Education and Science together with the Grants Council of the President of the Russian Federation have announced those scientists who in 2021-2022 will receive funding under the presidential grants program for young PhD and DSc holders. A total of 460 researchers from all over the country were selected.

The scientific community of St. Petersburg traditionally ranks second in terms of the number of grants received, following Moscow. This year, among the winners there are eight representatives from ITMO University. They work in various fields: from physics and chemistry to computer technologies and engineering. ITMO.NEWS asked them to describe their research projects.

The project is aimed at developing methods for clinical decision-making support during the COVID-19 pandemic. The main document for tracking the course of any disease is the clinical protocol that every doctor must follow. As new clinical protocols for COVID-19 appear, they can be formalized and presented as an automatic model to be further implemented into the system for clinical decision-making so that doctors would be able to see suggestions for actions to take.

Above that, we will develop algorithms for the intellectual analysis of heterogeneous clinical information so that a doctor could receive personalized recommendations for the treatment of a patient. We plan to systemize heterogeneous data on patients with SARS-CoV-2. It includes сomputed tomography and x-ray images processed by neural networks and the processing of multimodal clinical information via machine learning.

If the project will be implemented successfully, we hope to determine correlations between heterogeneous data on COVID-19 and use it to predict the course of a disease, increase the precision of diagnostics, and decrease the possibility of severe cases for people with associated diseases.

The project is dedicated to the development of new ion polymers with a customizable refractive index as well as for  creation of microlenses and Luneburg lenses (with a gradient of refractive index) using the means of inkjet or 3D printing.

This research is about both fundamental questions – such as the development of ways to form optical nanostructures using an inkjet or 3D printing methods and studying the ability of polymeric structures to self-organize into a droplet – and applied tasks related to the production of polymeric optical waveguides and microlenses.

The production of polymeric surfaces and nanostructures with high refractive indexes is a task relevant to the development of nanophotonics, as well as for the creation of optical and electro-optical surfaces and devices. The main object of study in the project is new polyion liquids – a special subgroup of polyelectrolytes that can be customized in a broad range thanks to the variation of ionic pair’s structure.

The project is interdisciplinary and covers chemistry, polymer science, and engineering.

PhD, Senior Research Associate at the Faculty of Physics and Engineering

My project is aimed at implementing a strong connection between light and substance in systems that support topologically secured edge states. It unites two cutting-edge fields of study: two-dimensional materials and topological photonics.

The main object of research in this project is hybrid quasiparticles – topological exciton-polaritons – that are part of such systems. In these particles, excitons (electronic excitations in two-dimensional materials), which increase nonlinear effects, play the role of a substance. It’s necessary for the implementation of several important elements of integral optics, such as an optical transistor.

Light in this case is electromagnetic waves that propagate without scattering along the edges between structures with a special geometry (topology). It allows the system to be sustainable to defects, which are especially critical on the nanoscale.

By using the advantages of both components, systems with topological exciton-polaritons will be able to become a basis for the new generation of devices for data transmission and processing.

PhD, Senior Research Associate at the Faculty of Physics and Engineering

In the past years, it has been proven by theoretical and experimental research that in some cases interaction of a quantum source (e.g. a quantum dot) with a waveguide can be very asymmetrical. In simpler terms, the photons emitted by the source propagate only in one direction along the waveguide. Based on this effect, it’s possible to create optical diodes operating at the level of single photons and miniature quantum logical elements on a planar chip.

The efficient functioning of such devices is possible through specific characteristics of a waveguide that can be reached in waveguide structures based on structured optical waveguides studied in this project.

In particular, they allow local polarization of electromagnetic fields by means of multimode working mode even in the regime of slowed-down light. Such structures we plan to develop and research as part of our project.

PhD, Senior Research Associate at the School of Computer Technologies and Control

My project is aimed to develop adaptive and robust algorithms for controlling robotic systems characterized by uncertainties and nonlinearities. In particular, we plan to consider multi-link manipulation robots, grippers, as well as quadcopters in various modes of operation, taking into account several factors characterizing their dynamics.

Within the framework of the project, two main tasks have been identified. The first involves the development of algorithms for robust control of robotic systems using a geometric approach, which is understood as a set of methods for controlling nonlinear systems based on the concept of differential geometry.

DSc, head of the Laboratory of Digital and Display Holography

The most significant advantage of the proposed approach over the methods of phase and differential interference contrast is the possibility of quantitative measurements of the phase lag of unpainted transparent samples (such as cells and sections of biological tissues). That’s why this method is also called quantitative phase visualization.

This field of research is gradually developing, and more commercial companies that develop and sell digital holographic microscopes or tomography are appearing. However, these devices have disadvantages. The most serious one is coherent image noise and, as it is with most devices that work on the interferential principle, there is a very high sensibility to vibrations which makes them harder to use.

We plan to design a prototype for a microscope without these disadvantages. We’ll try to get rid of coherent noise by means of low-coherent broadband sources of radiation and the sensibility to vibrations will be lowered through special optical schemes functioning on principles of the common-path interferometer.

Simply put, for the creation of such a device we need to consider the latest advances in this field, such as the use of a specialized lens that functions thanks to the effect of the geometric phase. It focuses or defocuses the radiation with circular polarization judging by the way it’s oriented.

DSc, head of the Laboratory of Hybrid Nanophotonics and Optoelectronics

The grant is dedicated to a new field of nanotechnologies – the development of new methods for the creation of nanocrystals based on perovskites using so-called matrix methods (nanocrystals are synthesized in special matrices). For example, it could be special capsules – porous microcarriers created from polymers or biocompatible materials.

We plan to create luminous micro-objects, those that can be targeted into bio-diverse tissues. With external infrared illumination, these objects will emit radiation in the visible range. This is needed to highlight the necessary organs, or new formations – anything that needs to be highlighted for biomedical tasks.

The advantage is that perovskite crystals emit light very well. The difficulty is that perovskite can be very easily dissolved in water, which is abundant in human tissues. If our nanocrystals are in the matrix, then they will be protected from moisture. The use of polymer matrices will have another advantage. Some perovskites are slightly unstable under external influences. The stabilization of their shape in the matrix will help to solve these problems both in tasks not related to biomedical applications.

Among researchers supported by a grant is also Anastasia Babkina, PhD, with a project on the development of luminescent filters based on activated optical glass ceramics for modification of radiation in industrial plant growing lamps in order to increase the plants’ productivity.