Nikolay Budin became a winner in the Code category. In total, over 20,000 students from different parts of Eurasia competed in six categories. The award ceremony took place at Yota Arena in Moscow. 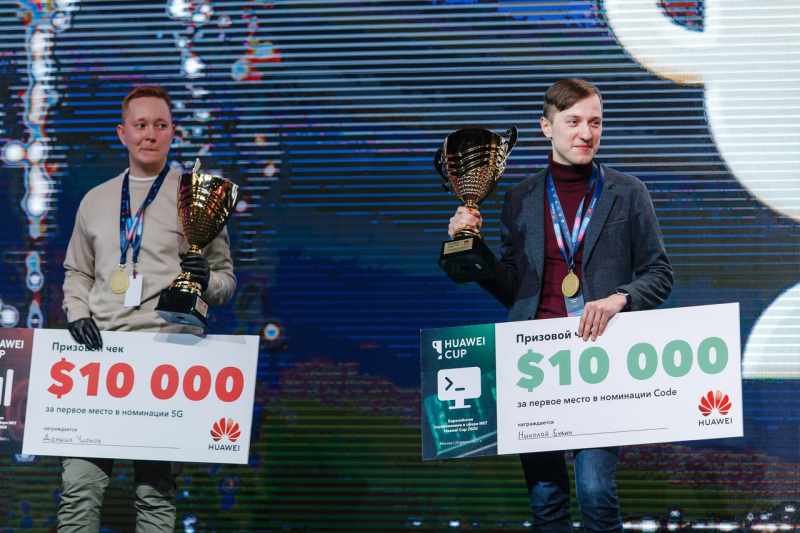 The winners of the Huawei Cup – one of the major competitions in high technology – have recently been announced. The contest aims to find young talented programmers, systems engineers, and other IT specialists. One of the winners is Nikolay Budin, a student of the Programming and Artificial Intelligence Master’s program at ITMO University. Overall, the contestants competed in six categories: 5G, AI, IP, Cloud, APP, and Code. Nikolay Budin won in the last one.

The algorithm for victory

The qualifying stage brought together over 20,000 students from almost 1,000 universities across the continent – from Estonia to China. Participants of the competition had to solve problems remotely. The Code category included tasks in programming, some of which were unconventional, as noted by Nikolay.

“We had to use the C language to solve one of the problems,” he recalls. “This isn’t the most common language nowadays and it’s mainly used for specific tasks, for example, for OS kernels. From what I heard, Huawei is now working on its own OS, so maybe that’s why they decided to test our skills in C. I prefer C++ but I did well anyway.”

At the final round, which was also held online, the participants dealt with advanced tasks, including those focused on the specifics of Huawei.

“Here’s an example of a task: let’s say we have X number of telecommunications towers that tend to break down from time to time,” says Nikolay Budin. “Each of these towers is likely to do so after a certain time, and only a repair team can say whether it works or not. The task is to develop a specific strategy, which would allow us to avoid unnecessary calls but at the same time to ensure the maintenance of the equipment.”

The results were declared in February 2021, however, the winners of the Huawei Cup were announced only on March 26 during a ceremony in Moscow. There, Nikolay learned about his victory and $10,000 prize. For the winners, it’s a great opportunity to meet organizing companies and sponsors.

“I participated in other events by Huawei, too, and they often invite prize-winners to work at their company, “ says Nikolay. “But I’m not looking for a job anyway, now I primarily aim for the ICPC Contest.”