The hackathon aims to promote tourism in Moscow. This year, among its partners were SberBank, Domodedovo Airport, Rosatom, Garage Museum of Contemporary Art, and others. The grand prize was 1.5 million rubles. 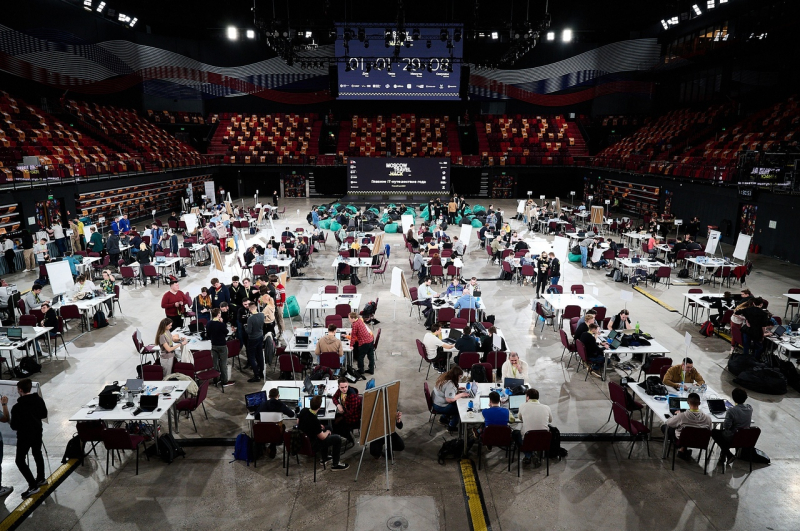 The Moscow Travel Hack, organized by the City Tourism Committee, was held in Moscow for the second time. This year, it brought together 60 teams from 16 regions of the country. And once again, a team from ITMO University was named among the winners of the contest.

“Last year, we won the Moscow Travel Hack. We enjoyed the event and the proposed problems, so we decided to do it again, especially since it was the first offline hackathon after the pandemic outbreak,” says Alexander Blashenkov, a team member and a student of the Programming and Internet Technologies program. “Unlike last year, we didn’t have any privileges and had to go through a selection, just like everyone else. Thus, we filled out an application, indicated our place of study, listed our skills, and so on. After that, the organizers chose us for the round in Moscow.”

The hackathon included 10 cases proposed by its partner companies. Each team had to choose one problem and come up with a solution. Authors of the best, most elaborate ideas for each problem received 150 thousand rubles. The prize pool thus totaled 1.5 million rubles.

The tasks were suggested by SberBank, S7 Airlines, and the Hotel Metropol Moscow. ITMO students decided to develop RUSSPASS ID, a unified tourist identification system for partner websites of the RUSSPASS service.

“Using the RUSSPASS platform, you can plan your trip across Russia: purchase train or plane tickets, book a hotel, etc. However, there are some hotels and transport operators that are not yet integrated into the system,” comments Alexander Blashenkov. “So, the task was to create a universal authorization service to facilitate the process. With its help, you won’t have to re-enter all your data anymore but simply log into the RUSSPASS account, just like you do with your Google account.”

The teams had 30 hours to solve the proposed tasks, so the participants (3-5 people in a team) had to decide on their roles and work strategy.

“Together with another team member Mikhail Ershov, we participated in the Moscow Travel Hack for the second time and have been long engaged in such activities,” explains Alexander Blashenkov. “In 2019, we came up with our own strategy at the VK hackathon. When both of us are in charge of codes, the work goes faster. This time, we have a new member, Alexander Denisov, who helps us with design and also does research for problem-solving. He plays a crucial role in our team: he keeps an eye on us. At the VK hackathon, Mikhail and I did a lot but kept going off the course, thus failing to finish the task in time. Thanks to Alexander, it’s different now.”

After 30 hours of continuous work, the participants had to defend their projects to the mentors.

“During the defense, one of the mentors asked us to add a separate slide about the team and at first, we didn’t understand why. But, probably, the mentor thought highly of our solution and it was a new requirement. Starting this year, winners deliver a brief pitch on stage and present their team after the announcement of the results. That’s why we needed this slide,” recalls Alexander Blashenkov.

Although the hackathon does not help teams implement their ideas, the ITMO team might continue working on their project.

“We want to contact RUSSPASS by ourselves and try to negotiate our further collaboration,” says Alexander Blashenkov. “Hackathons are not about realization but ideas and, in our case, fun. We’ll be fine if the service refuses to work with us and wants to find their own ways to bring this idea to life.”