Students from ITMO University’s Computer Technologies Department have won third place at the St. Petersburg event of the Telecom Application Development Hackathon (TADHack), which was held in more than 30 cities around the world from September 22 to 24. The competition requires participants to develop telecommunications software. More about the event and ITMO team’s project below. 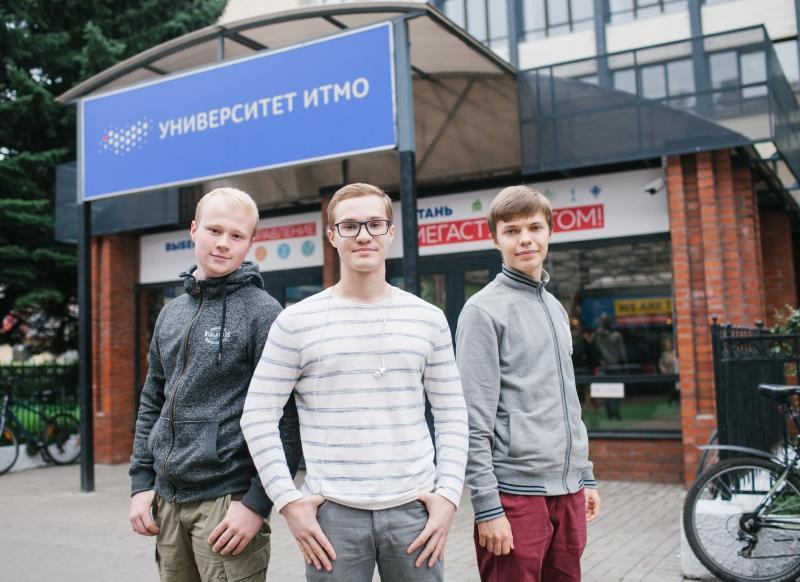 The hackathon has been held for the past four years and, like many of its counterparts, aims to nourish creativity in tech developers. As of today, this is the world’s biggest telecommunications hackathon. In 2016, 3,000 developers took part in it.

The organizers’ mission is to bring together businesses, developers, non-coders and other specialists – those who are interested in using communication technology in their software, services or enterprises to solve local and global problems.

In Russia’s Northern capital, the venue for the hackathon was provided by the consulting company DataArt. At one of the firm’s development centers, approximately 60 participants competed in teams. ITMO University’s first- and second-year students – Vadim Brilyantov, Stanislav Naumov, Ilya Kokorin and Andrey Zakharov – from the Department of Computer Technologies formed the team “Under The Bridge”. Despite being one of the event’s youngest teams, they managed to enter the top-3. In 24 hours, the participants had to go all the way from an idea to a working prototype. “The main task was loosely defined – we simply needed to create an application related to telecommunications. One mandatory requirement was that we use one of the APIs provided by partners and sponsors. We were able to choose from five APIs for our development process, but it was required that we use the functionalities related to video-chat, regular chat, text messages and other forms of communication,” – explains Stanislav Naumov.

ITMO University’s team developed a prototype of an iOS application for tourists. The students decided to address an issue most tourists encounter in an unfamiliar city: in these new places, it may be hard for them to find company. If they want to find someone to go to the movies or an art gallery with, they are unlikely to find someone in a short amount of time. Using the application, registered users can easily find a companion (or companions) in a matter of minutes. Most importantly – the newly-met acquaintances will have common goals.

For instance, let us imagine a user wants to go to a bar. They can use the app to see others who are near them on the map, and, what is important, whose goals coincide with the user’s. Every user can choose a new goal every time, such as going to a museum, walking in a park, etc. Users can be filtered by gender and age. After a user has picked a companion, they can chat with them and set up a meeting. Once they have agreed, the app will automatically plot a route to the location of a user’s “new friend”.

“In the current state of the app that we’ve developed during the hackathon, we’ve only managed to establish connections between pairs of users; however, we plan to add ways to form larger groups. In other words, users can assemble groups of like-minded people and bring them together,” – explains Ilya Kokorin.

To test their app, students set up six bots to show how users are sorted by relevance and how they can be chatted with. The application’s backend part was written using Python; for application’s functions, the young developers used APIs from Matrix – one of the hackathon’s sponsors – as well as Google Maps API. The Matrix APIs allow developers to create rooms for an unlimited number of users with chat functionality. Over a period of 24 hours, the team had to set up a server, familiarize themselves with the API and develop the application’s user interface. One of the challenges was that the students had to get acquainted with frontend- and backend-elements on the spot.

At the St. Petersburg TADHack, the first place was awarded to a team of iOS developers, who, using an Apifonica API, developed an application that helps avoid untrustworthy taxi operators. The app can check a car’s reputation, send messages to user’s contacts, track the cab’s speed and traffic lane position and, in event of traffic infractions, signal the user about possible dangers.

The next stage of TADHack 2017 is the global stage; winners will be determined by a jury through an examination of the teams’ presentations.