Winners of ITMO.STARS Talk About Their First Year at ITMO University

In this article, we will share the stories of ITMO University students who were admitted to study at ITMO based on their projects and research. 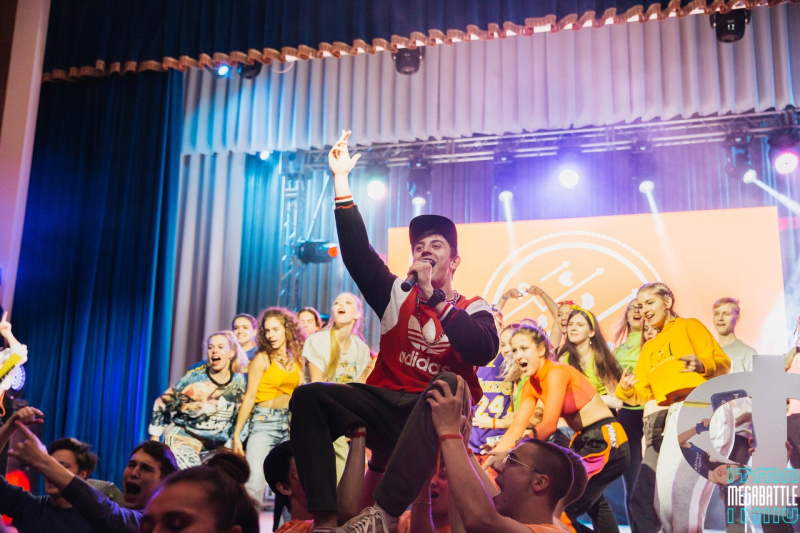 For the third year in a row, ITMO University has conducted ITMO.STARS – an unconventional admission program. In order to participate, you need to present your unique achievements: a program or a device you developed, your research, or your business project. Last year, 15 applicants won the contest and were admitted to ITMO University. They shared with us how their first academic year in ITMO went, what they have already achieved, and what they are planning to do further.

During this academic year, I won in one of the tracks at the Moscow Travel Hack hackathon as part of the VoidNameNull team. We developed a platform for educational and tourist project “The City of Discoveries” (“Город открытий”). It provides a fast and user-friendly way of communicating between tour operators, schools, school students and their parents. Our marketplace’s features include creation, reservation, and purchasing of tours.

Other than that, about six months ago I started to work in my field of studies – neurotechnologies. At the same time, I cooperate with several companies, thus improving my entrepreneurial skills.

Now my main goal is to become a tuition-free student, as well as to keep improving my skills.

This academic year, I became a senior developer of a system for speech synthesis at MTS AI.

At the same time I’m engaged in an American recruiting startup. I am responsible for language processing using neural networks.

I have big plans for the future. I would like to dive into bioinformatics, as I’ve recently read several papers on chemistry and machine learning and found them fascinating. Other than research and work, I have a goal to record a proper pop-punk song that would be suitable for streaming on music platforms.

I became one of the main organizers of the FIRST Tech Challenge (FTC). This is a program for school students from the age of 12 to 18 years old where they design, create, and program robots, and then use them in order to solve certain tasks. I used to participate in FTC as a contestant and now I’m an organizer for Russian teams. My responsibilities include looking for locations and judges, getting accreditation, and supporting slots for our teams in international competitions. I also look for new participants.

For example, the amount of teams doubled in St. Petersburg since last year. I also train two teams that won more than 15 awards in one season. At the same time, I participate in other events in and out of the university. I keep working in “Motorica”, an organization that deals with medical robotics.

In the future I plan to keep developing the FIRST Tech Challenge in Russia because it’s not just about robots, it’s about living, learning how to solve real tasks, and improving useful skills. Of course, it’s also about friends, like-minded people, and teams. My other goals include running a half marathon and entering an internship in the field of prosthetics in Germany and the USA.

This year, I took first place in the Russian Championship and second place in the Russia Sailing league as part of the national team. In February, I joined ITMO University’s SCAMT laboratory, where I’m engaged in two projects under the supervision of Mikhail Kurushkin. Me and my classmate have also finalized a mo2>xml language convertor for virtual reality. It can be useful for teaching chemistry to school students. We are writing a paper about this project, and also about NarupaXR, an immersive development environment.

In the future I want to be among those who will work with brand new equipment for brain research. The equipment will be delivered to our department during the next academic year.

Other than that, I would like to improve my skill of creating applications and websites in order to feel confident when it comes to development, as I believe that all good programmers should be multidisciplinary and capable of solving all kinds of tasks.

I also want to become a state-sponsored student and prove that even if you were enrolled in an unconventional way, you can still do well in your exams and get a state-funded place by working hard.

This year I realized that in order to implement what’s on my mind, I need a technical background, so I transferred from the Faculty of Technological Management and Innovations to Information Technologies and Programming Faculty. I was also able to join ITMO University’s singing community and take part in some interesting projects. For example, before the quarantine, we recorded an international hymn of ITMO and prepared a show for Valentine’s Day. I also participated in ITMO.Megabattle for first-year students and received an award for the best acting skills.

As for now, my main goal is to pass five extra exams because of my transfer. In the future I would like to keep exploring my creativity at ITMO, as the university offers all opportunities for that.

I also want to continue working on the project thanks to which I was enrolled as part of the ITMO.STARS competition. Initially, I was working on it with my friends in Novosibirsk, and now I’m trying to adapt it for the local environment, to find ways for implementation and finding potential clients.

Last year, I visited an international conference on blockchain technologies in Shanghai. A presentation of the new smartphone Uton Pad was a part of this event. Then, in March, me and my team participated in HackUniversity, where we took third place for Big Data and Industry 4.0 case. HackUniversity is a national hackathon, which took place online for the first time in 2020. During the hackathon, we created the Owl project as a team.

Now I’m planning to work in the field of smart cities and IoT, as those topics seem most fascinating to me. I would like to continue participating in various hackathons to apply my knowledge and create projects at the same time.

This year, I was mostly focusing on my studies. This was beneficial, as in the first semester I got into the faculty’s top 50. As of now, I’m mostly studying for exams and trying to transfer to a tuition-free form of studies.

I’m planning to create a mobile app that would allow users to manage their time and increase their productivity. I would like it to be customizable with the help of personalized settings. Another feature it has is setting up tasks for team projects, so that you can check progress and receive notifications about approaching deadlines.

This academic year I created Info Lab, a student club about project activities. There you can find like-minded people and cooperate with them to implement your ideas. We are working in the fields of mobile and web development, as well as in GameDev.

Other than that, me and my team won ITMO EcoHack by presenting a prototype of a service for waste sorting in the university. After the competition, we continued to work on it.

I also organized a platform for students from the Faculty of Infocommunication Technologies with the help of Technopark. It’s meant for students who participate in HackUniversity online hackathon. It wasn’t easy, but the university’s staff members were doing their best to help, so it all went well.

My first achievement is the one important for all students – I successfully passed all university exams during the first round. The second achievement are the trips I took. The first was to a summit in Sochi and the second to the Stockholm International Youth Science Seminar. I was able to present my research there and also meet other active students. The third achievement is cooperation with SCAMT laboratory. I’m very grateful to the supportive professors of ITMO University.

In the coming year, I would like to learn how to write scientific papers based on my research. If there will be an opportunity, I’d love to enter an internship or another kind of short-term exchange activity at the university’s partner institutions. I would also like to visit Yagodnoye.

ITMO.STARS is a contest that offers talented and motivated students a chance to join the university even if their Unified State Exam score is not high enough to get a state-sponsored position. In order to take part, you need to send your portfolio and motivation letter. The key condition is meeting the minimum score requirements (mostly 60 points for each subject). You can read more about the contest’s procedure and deadlines on the contest’s website (in Russian).

All applications are evaluated by the contest’s expert committee. The best applicants will receive an invitation to the interview in the university or online. The winners will be announced on August 25.