During a meeting with President Vladimir Putin, Alexander Beglov, the Governor of St. Petersburg, presented an outline of ITMO Highpark, a world-class research, education, and innovation center that will become an essential part of St. Petersburg’s transportation system. 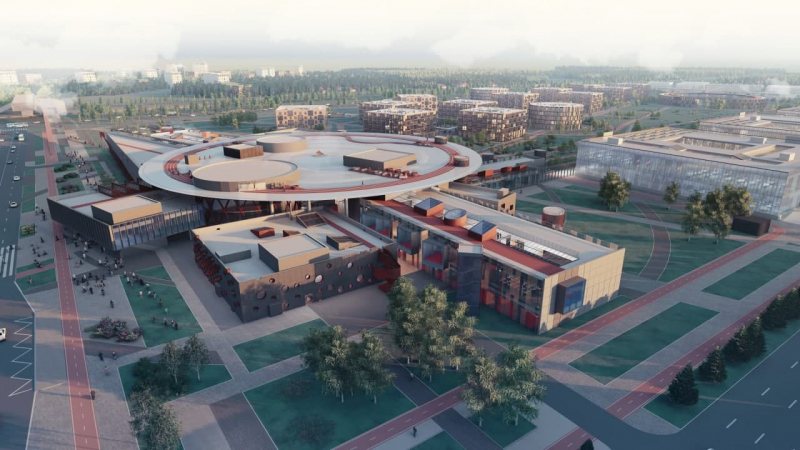 Alexander Beglov highlighted the importance of ITMO Highpark for the development of St. Petersburg’s transport infrastructure. Its opening will give a strong impetus for the creation of modern industrial and scientific facilities on the territory of the satellite city Yuzhny and ITMO Highpark – the future site of ITMO’s second campus.

“We plan to create two innovative science and technology centers in the Pushkinsky District: Nevskaya Delta (for St. Petersburg State University) and ITMO Highpark. Their total area is 387 hectares and the area of real estate property is 1.315 million square meters. Both projects are of federal significance and require substantial investments into engineering and transport infrastructure,” said Mr. Beglov. “The satellite city Yuzhny will soon begin construction in the Pushkinsky District. Its total area is 9.5 million square meters and population is 135,000 people. That project also calls for the development of the transport infrastructure.”

ITMO Highpark will occupy a total area of 112.7 hectares, which will house three research centers, 50 international laboratories, and at least five innovation production facilities. The new campus will also include academic buildings, dormitories, a student club, as well as a sports facility with a swimming pool, administrative buildings, and engineering infrastructure.

“At the heart of ITMO Highpark is the idea of a business and university synergy that forms a comfortable environment for reaching new heights. The project includes a world-class academic campus and a Techno-Valley; together, they will attract high tech businesses and create 12,000 jobs. Making ITMO Highpark a part of the St. Petersburg transportation system will enhance the economic impact of the entire project,” says Daria Kozlova, ITMO’s First Vice Rector.