ITMO University has been named a winner of the federal call for establishment of advanced engineering schools (AES). Results of the selection were announced by Prime Minister Mikhail Mishustin during a session of the Russian Government. 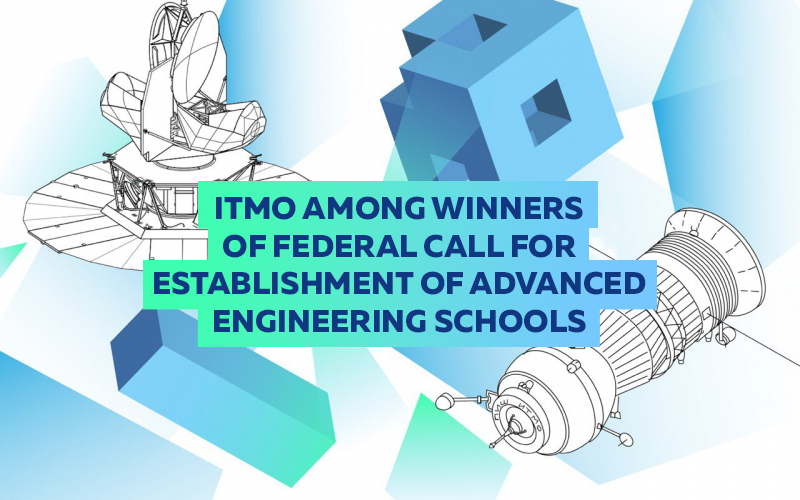 A total of 30 engineering schools are set to be established by Russian universities. These schools will train specialists with unique sets of professional competencies. More than 30 billion rubles from the federal budget will be allotted towards the initiative in the next 2.5 years. Another 3.6 billion rubles will be invested in 2022 by high-tech companies.

“Engineering schools will facilitate the domestic development of innovative productions, ensuring the availability of interesting and promising jobs for the top graduates,” says Mikhail Mishustin.

ITMO’s Advanced Engineering School will be established in collaboration with oil-and-gas companies Tatneft and Gazprom Neft; the university’s industrial partners will co-fund the project to the volume of two billion rubles throughout the period of up to 2030.

According to Alexander Vinogradov, a distinguishing feature of ITMO’s school will be its focus on training engineering team leaders who will possess competencies needed to efficiently transfer research solutions into new business ventures and industrial practices within short periods of time.

“In order to implement such a product- and project-based education format, we will involve representatives of IT teams from small and mid-level businesses, allowing us to integrate compact product services into key fields. Upon graduation, depending on their abilities and personal qualities, such specialists may be categorized as one of four highly sought-after types: intrapreneur engineers, data engineers, broker engineers, or expert engineers,” he says.

ITMO University’s main goal will be to train and produce engineering experts and team leads for companies in the real sector and research institutions.

“Importantly, our Advanced Engineering School will start off in three fields: biotech, photonics, and software engineering. From there, its scope will continue to expand into other fields in which we and our partner universities are involved. The AES is a logical continuation of the university’s 2030 Development Strategy. I believe we’ve found the magic formula to creating engineers of the future!” says Daria Kozlova, ITMO’s First Vice Rector and head of the 2030 Development Strategy.

A common trait of all specializations will be the inclusion of competencies related to cutting-edge digital technologies: generative design, blockchain, machine learning, big data management systems, and artificial intelligence. For instance, these next-generation engineers will be capable of making managerial decisions using modern big-data-based algorithms.

Another feature of ITMO’s engineering school will be the already well-established system of soft skills training, which aims to develop critical thinking and help students utilize their personal qualities and resources to complete projects with greater efficiency. This includes the fostering of leadership and teamwork skills, as well as the inclusion of creative initiatives concurrent to the creation, promotion, implementation, and commercialization of projects.

The final defense of proposals took place in Moscow on June 19-20 and involved 89 universities out of the 91 that applied for the project and passed the technical selection.