The head of ITMO University’s School of Translational Information Technologies has been elected as a member of the Russian Science Foundation’s review board. Together with the other members of the board, prof. Boukhanovsky will make decisions regarding funding for prospective scientific projects and review applications made to the foundation in the “Mathematics, computer science and systems science.” According to RSF materials, the review board is made up of esteemed, academically active and prolific scientists with a Sc.D. 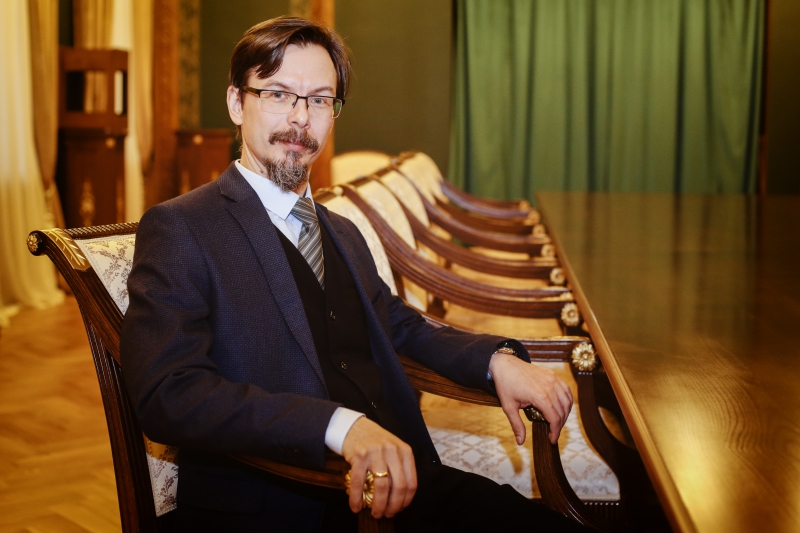 The RSF's mission is to provide support for the most promising scientific projects and the most enthusiastic scientists.  The winners of the foundation’s grants receive long-term funding which allows them to fully devote themselves to world-class projects. The task of the foundation’s review board on scientific projects is to pick such projects. The board’s members also make decisions on extending funding for active projects. The review board is divided into nine sections dedicated to various areas of science such as liberal arts, agricultural sciences, physics, chemistry, biology, etc. As Alexander Boukhanovsky explained, at the initial stage a section’s coordinator organizes an independent examination of the materials by an expert group (which is not the same as the review board). Essentially, each application is reviewed by a group of international experts. Examination results are then sent to a thematic section of the board where a final decision is made. As the examination stage is not without mistakes or deviations, the task before review board’s members is to substantively appraise the materials in disputable situations.

This year, RSF’s review boards have changed a quarter of the membership. The candidates for each position were picked by members of the active boards, with three contenders for each position on the board. Over two thousand scientists cast their votes, including not only members of the foundation, but also the heads of currently funded projects. RSF values continuity and preserving the accumulated experience and for that reason the candidates were selected so their professional interests matched those of the scientists leaving the review boards. “Candidate selection criteria were determined by their reputation (dare I say it – fame) in the Russian scientific community according to their RSF section and also by objective measurements such as their scientific achievements, publication activity, their experience in implementation of major projects, their educational work as well as other kinds of a scientist’s “social accountabilities”. This could, for example, mean a membership of journal editorial boards, conference program committees or dissertation boards.” – tells us the head of School of Translational Information Technologies.

He emphasized that the RSF’s general purpose is providing funding for essential and pioneering scientific projects. The one exception is the research grant for world-class scientific laboratories aimed at fulfillment of development priorities for research and development in Russian Federation (the call for bids has ended on  April 28, 2017) which call for the laying of groundwork for an implementable technology. What is also important is the creation of a cohesive research team that can not only solve complex scientific tasks, but also teach others to do it. After all, one of the foundation’s core goals is to attract new researchers, approaches and knowledge into science.

“One has to admire the assessment system set up at RSF. The way the examination form is structured, filled and evaluated makes it so that it primarily recognizes the objective and verified facts about the project, its manager and team. These are all filled in by the expert based on a project’s grant application. This offsets any subjective opinions of the expert and prevents expression of personal preference or animosity towards a certain team or organization. As a consequence, after the arduous examination process is over (for some of RSF grants the average number of applications per one prize is 10-15) the strongest applicants win. And the most attentive ones – meaning those who put in the effort to properly fill out all the application forms and give a comprehensive response to each question.” – said  Alexander Boukhanovsky of the RSF’s quality of work. Prof. Boukhanovsky also noted that the “Mathematics, computer science and systems science” section that he’ll be joining has two key “subsections” – the eponymous mathematics subsection and a subsection focused on information and communication technologies (ICT). He made a point that, however, one cannot decide on which projects deserve funding based just on their subject matter. According to Boukhanovsky, priority is usually given to projects headed by researchers prolific in their publication activities, withexperience of teaching, working with post-graduate students and who possess enough time to manage their projects. Additionally, the prospective project needs to have a precise end goal and a detailed plan; its members must employ advanced working procedures and be well-versed in their field of work. And lastly, projects must have socio-economic significance.

Per Alexander Boukhanovsky’s opinion, in the ICT field top priority may be given to projects dedicated to development of computational technologies for artificial intelligence. Among these are modern techniques of knowledge engineering, machine learning, big data, and hybrid and surrogate models. All these areas expand the limits of classical mathematical modeling which can be used to reconstruct real-world system properties. Such technologies might see demand in various applications and are especially relevant in modern decision support systems.

Working at the foundation is an incredibly opportunity to be up to date with the latest developments in a given field. The head of ITMO’s School of Translational Information Technologies will take part in RSF’s work for at least three years.

“I wish I could say that the aim of my work as part of the RSF review board is to “make the world a better place”. But that’s not true. I don’t expect such a result. Perhaps even the opposite – I think the world will make me a better person. I adhere to King Solomon’s words: “The way of life is above to the wise, that he may depart from hell beneath.” The review board provides an opportunity to observe many scientific stories from “above”, both successful and not. So I will learn from others’ mistakes and learn to take joy in others’ achievements,” – said prof. Boukhanovsky.