On May 30, during a special ceremony, 53 young scientists from St. Petersburg's universities and institutions of the Russian Academy of Sciences in St. Petersburg were given presidential grants. ITMO University was represented by five researchers who received grants in the Physics and Astronomy category. In an interview for ITMO.NEWS, the researchers shared about their research. 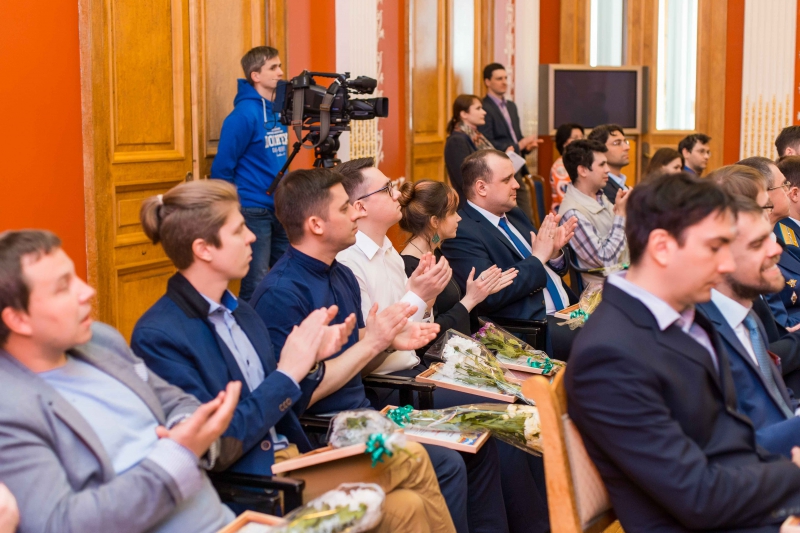 My project concerns chiral particles. Those are particles that are like mirror images of each other - much like human hands. We aspire to use these particles to separate chiral molecules of drugs, as they can also be left- and right-sided. Such molecules have different chemical and biological properties - one type can be the cure, the other - poison.  Hence, it is important to separate, study, and sell them if they have useful properties.  The grant will be spent on using optical methods to separate inorganic particles which can then be used for separating molecules of drugs.

Elena Ushakova, PhD in Physics and Mathematics, Associate Professor at the Department of Optical Physics and Modern Natural Science The project is dedicated to research on modifying optical responses of colloid complexes, in our case - a metal particle and a semiconductor quantum dot. Why is it of interest? Such complexes will likely enhance the properties of semiconductor quantum dots that are used as artificial atoms or artificial luminophores. They are applied in many fields: biological sensors, photovoltaics, solar batteries, etc.  If we use a metal particle to create a local enhancement in a solution, we will be able to apply such complexes to substrates or use them right in the solution (for biological sensors), or even apply them to silicon chips (for photovoltaics and electronics). This is why we are researching ways to organize such complexes and their new unique optical properties.

Nikita Toropov, PhD in Physics and Mathematics, Associate Professor at the Department of Optical Physics and Modern Natural Science My project focuses on development of metal nanoparticles. Such nanoparticles have the ability to gather electromagnetic energy in a very small area around themselves - that's called localized plasmon resonance. If we put different objects in these areas, their electric and photochemical properties change. This field of research is nothing new, but my project is quite original: generally, the metal particles are irregularly shaped, and I aim to develop methods that will allow us to create particles for a particular task, for example, we could change their optical properties from the visible band to near infrared band. That will allow them to be used in biomedicine, for instance, for visualizing tumors or cancer therapy. All living tissue is transparent in these areas, which is why it is most important to change these properties to near infrared band. What's more, the wavelengths used in telecommunications are all in the infrared band, so by using these particles in traditional sensors, we can increase their sensitivity and thus improve the overall efficiency of electronic devices.

Valentin Milichko, PhD in Physics and Mathematics, Associate Professor at ITMO's Department of Nano-Photonics and Metamaterials My project is on physics of new materials – metal-organic crystals and, specifically, the emergence of quasiparticles in them. This is a new and topical field of study – such materials can be used in creation of new types of lasers, as well as new types of effective solar cells. This is why this is a complex project: it includes experimental research in the field of physics and also uses a materials science approach, as we will also synthesize and produce prototypes. The project is part of a major collaboration on creating new lasers and solar cells.

Roman Saveliev, PhD in Physics and Mathematics, Associate Professor at ITMO's Department of Nano-Photonics and Metamaterials I research miniature structures that can help control light signals on ultrashort distances. In future, such research can contribute to creation of optical computers by using the unique properties of dielectric and hybrid metal-dielectric nanostructures . What is more, I also study the possibility of controlling the properties of light sources embedded into such structures as part of this project.

Some scientists believe that new and more effective elements of integral nanophotonics shall replace classical electronic transistors - they will be able to process information much faster. Yet, to create such elements scientists have to perfect their ability to control light, preferably on the as small a scale as possible. To solve this problem, we propose using resonant optical periodic structures with a non-linear response.