ITMO University’s Digital Humanities Research Lab has developed a data visualization project in collaboration with the Gulag History Museum. Earlier this month, the project was awarded a special prize from Microsoft at the St. Petersburg International Cultural Forum. ITMO.NEWS spoke to the head of DH Lab, Antonina Puchkovskaya, and the project’s author, Anna Pisarevskaya, about its future. 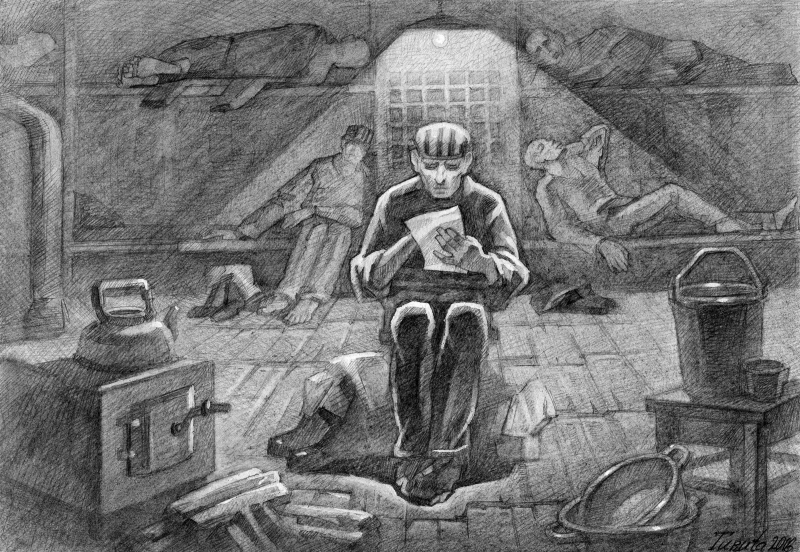 Tell us about the competition you took part in.

Anna Pisarevskaya: CultTech Lab Russia isn’t exactly a competition. Its creators describe it as a laboratory. In essence, they are offering startups an opportunity to work with major cultural institutions such as the Tretyakov Gallery, the Bolshoi Drama Theater, the Gulag History Museum, and others. Before I enrolled in the Art&Science program at ITMO University, I graduated from the St. Petersburg State University’s Faculty of Liberal Arts and Science with a major in History of Civilizations, so, naturally, I found the latter option the most interesting. Our team was one of 11 that were picked by the selection committee out of 90.

Initially, our idea was to build a 3D model of a Gulag that you’d be able to explore using virtual reality. It would have been an interesting, but time-consuming project, and participants are only given a month to develop their ideas. Besides, we’d need high-quality photographs and floor plans of the buildings, which we didn’t have. However, the museum gave us more than a 100 pages of unique data, which was a great privilege: that data had never been published anywhere before.

In a world of information overload and easy access to entertainment, it can be difficult to bring attention to a topic as bleak as the repression system of the USSR. It was necessary to systematize the data in order not to overwhelm the viewers with facts and numbers and yet provide an extensive overview of the Soviet repression system. After a long consideration, the project team decided that interactive storytelling via a web application would be the best solution.

How did you decide to represent the material?

Anna: In order to provide a comprehensive understanding of the topic, we split the historical material between the macrolevel and the microlevel. The macrolevel consists of the events that defined the development of the Gulag system. It’s represented through immersive infographics with photos, sketches, and short clips. The microlevel is about the effect of global events and decisions on the fates of individuals. Readers can learn about particular people and how this or that document changed their lives. We don’t want the users to passively absorb information, but instead to learn about the history of repression by interacting with the website’s contents.

It seems somewhat similar to a “long-read” article.

Anna: What we’re doing is much bigger than long-form writing or visualizing statistical data. It’s important to present the material in a compelling format while avoiding game mechanics due to obvious ethical reasons. Our goal is to instill a sense of involvement in users and make sure that this important part of our nation’s history is not left forgotten.

Antonina Puchkovskaya: Our first and foremost task was to analyze the data and find an optimal solution and set of tools to implement our idea. In fact, a larger part of the time spent on such projects is usually spent in discussion, trying to find that one solution that would satisfy everyone and embody the project’s idea using the available resources. We worked in a rush, and our five-person team completed a working prototype in just three weeks.

The Gulag Museum had first asked us to include some elements of gamification, but later realized that this is a topic where one must tread carefully: the data is too complex and sensitive for many of our citizens. But I’m still glad we took on this project. It turned out to be genuinely difficult and, therefore, interesting. There are many nuances to be kept in mind when visualizing data the proper way.

Anna: Our data doesn’t follow a particular algorithm. This is about the fates of many people, and it would be inhumane to reduce them to lines and dots.

Antonina: What’s fascinating about this project is its philosophical connotations. A Digital Humanities project needs a human element, because otherwise it’s just ones and zeroes. Our goal was to show the real history.

Your website is reminiscent of some of the videos on Russian history made by Arzamas Academy.

Anna: We went with a neutral design so as not to distract readers from the topic. Take a look, for instance, at the website of the documentary online game Map of History. Their design and mechanics are brilliant, but they wouldn’t fit our project. There’s a thin ethical line that’s very hard not to overstep.

Antonina: Our lab is currently in negotiations with commercial partners interested in supporting socially and culturally significant projects. Among them are Arzamas Academy and Yandex Publishing, who sponsor historical projects. Of course, our final choice of partner will determine the project’s development.

What was the prize you got from Microsoft?

Antonina: A paper bag with a hat, pen, and a notepad! Jokes aside, it’s a “partnership pack”. We now have the opportunity to use their software for free, consult with their tech experts and request additional resources for the creation of innovative products.

How will you promote your project?

Antonina: Same as with any other product: through SMM and social networks. Projects in the field of Digital Humanities aren’t that different from any other projects in that to be successful, they need to be profitable. Even if the profit is measured in views, likes, and shares.

Anna: Our project isn’t just a part of the museum’s collection; it’s a long-lasting product for a wide audience. Unfortunately, the topic of repressions in the Soviet era is becoming less prevalent among the current generation, and we want to preserve the memory of the victims of that vicious regime. But we can’t do that using just the language of facts and numbers. The world changes, and so does the way we perceive information. I work as a history tutor with kids, and they often complain about mandatory museum tours they’re taken to. This is a complex issue. Kids have many sources of entertainment available to them that they much prefer to going to a museum, especially if they’re forced to. Besides, museums have a reputation of being these boring, high-culture places where you can’t do anything but walk around and gaze at things. It’s no surprise that kids aren’t interested in that.

Another part of the issue is the way that history is taught to kids, namely in the form of hundreds of pages of text. Actual understanding of history is substituted for memorizing years and events, and history is associated with boring, routine work. Museums end up losing future visitors because schools foster a strong aversion towards history in kids.

Nowadays, museums try to solve the first part of this issue by way of creating immersive exhibitions and expanding their online presence. But if we don’t reconsider the way we teach history in school, their efforts will not have much of an effect. That’s what our project aims to fix.