Moscow Topography of Terror, Geography of Holocaust and Gulag Retrospective: Digital Humanities Projects That Remind of the Horrible Past

The field of Digital Humanities is quite new in Russia, even though such research has been conducted in the West for a long time already. Nevertheless, projects at the intersection of computer and humanities are getting all the more popular in our country. In this article, we'll be talking about several Russian and international initiatives that aim to acquaint people with the tragic events of the 20th century, such as the Holocaust and repressions in the USSR. 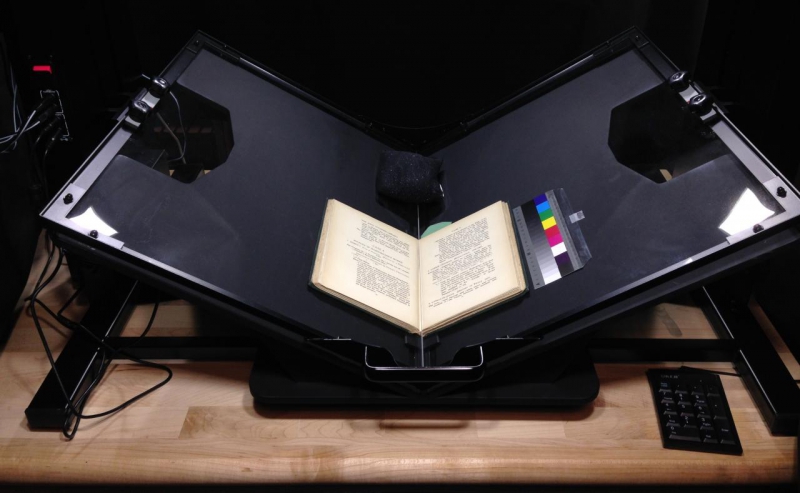 It's right here: Moscow. The topography of terror.

The project involves a map, an address book and a database on the Soviet terror in Moscow. On the city's modern map, you can see the Soviet names of streets and avenues, and there's also an option to show particular sets of locations. Each set includes tags with descriptions of particular phenomena and the associated historic facts. For example, there's a section dedicated to repressed scientists, penal labor placements of the prisoners of Moscow concentration camps and so on. You can look up the locations of the places where convicted scientists and engineers were sent to work, the sites of protests, 1920s prison camps, etc.

The interactive map was created by members of the Memorial International Society. At first, the project's name was “The Topography of Terror”. Its authors drew inspiration from the Berlin project of the same name. The project's slogan was “It's right here”. Gradually, the team began to see this slogan as something that's even more important than the project's name, as the project's data was associated with places that people come by every day: streets and back alleys, houses and barracks, some of which are already nonexistent. The project aims to make sense of the state of unfreedom in the Soviet Union.

Open List is the most comprehensive database of the victims of political repressions in the USSR (from 1917 to 1991), with the same layout as Wikipedia. The authors aim to collect as much data on every person as possible and publish it in open access: both information from official sources (personal profiles, i.e. dates of birth, reasons of arrest and so on) and such things as biographies and personal recollections.

Prozhito is an electronic platform for publishing 20th century personal diaries. It was launched in 2015 by historian Mikhail Melnichenko and a team of volunteers. They aim to collect both published and previously unpublished diaries in a single electronic library. The library will include diaries and notes made by people of different age and occupation in different periods: before the attack by the Nazi Germany, during the WWII, in the post-war period and so on.

The project does not only let you read the uploaded materials, but also work with all this data and search for particular information via tags: authors, time periods, locations, languages, keywords and personalities mentioned. Most of the texts that are included in the electronic library are transcripts of manuscripts sent by authors, their relatives and descendants, publishers and researchers, as well as texts that had been previously published in print or online.

ITMO's international Digital Humanities Research Lab has come up with a data visualization project conducted in collaboration with the Gulag History Museum. The project received Microsoft's special award at the St. Petersburg International Cultural Forum. The project is currently in development, and will soon be available as a web application.

In order to present a full picture, the authors analyzed the history of repressions on macro- and micro- levels. The former deals with events that defined the system's development; those are visualized using immersive infographics, photographs, illustrations, and short videos. The latter deals with how global decisions affected regular people. The users can learn the stories of particular people and how a single document could have changed their lives.

This multimedia project is an imitation of what social networks and associated media projects would've looked like if they had existed in 1917. The project was launched in 2016 by a team of specialists led by journalist Mikhail Zygar. Their idea was to give users an opportunity to track in real-time mode the events from the opening of the last session of the Russian Empire's State Duma to the closure of the Russian Constituent Assembly on January 18, 1918.

The project continued for one year and three months. During this time, they used a dedicated social network to post "on behalf of" such historically important figures like Nikolai II, Grigori Rasputin, Anna Akhmatova, Wassily Kandinsky and some other thousand people, telling about the events that happened a hundred years ago as though they were taking place at that very moment. All the texts were taken from existing sources and archives; the website also had cartoons about particular historical events like the murder of Rasputin, as well as infographics, news feeds, etc.

On January 19, 2018, the authors closed the project and offered its users a new one, the Map of History.

While in 2017 users were offered to observe the lives of several thousand characters in a social network that could've existed a hundred years ago, in 2018 they were given an opportunity to get ten years worth of a particular person's experience in half an hour.

The Map of History is a documentary game that focuses on the key events of 20th century Russia. The player follows the story of a real person and makes choices on their behalf. On each of the game's stages, you have to consider the choices they’d have to make in order to attain particular goals (for instance, to remain a true Stalinist). These choices affect two important "resources": integrity and self-preservation.

Every week in 2018, the game's authors published a new chapter and additional infographics that helped make better sense of Russia's 20th century history. This way, they told the whole story of the Soviet Union since its founding to its dissolution.

Same as the "1917. Free history" project, the game was developed by the Future History studio.

The Holocaust Geographies Collaborative is a multi-institutional, collaborative research group (The USC Shoah Foundation Center for Advanced Genocide Research, The United States Holocaust Memorial Museum, The Spatial History Project at Stanford University and others) that uses mapping and geography to examine spaces and places of the Holocaust. This team of researchers first met in 2007 at a seminar organized by The United States Holocaust Memorial Museum in order to discuss how geography, map-making and geovisualization can help get new insights into Holocaust's history.

By now, the Holocaust Geographies Collaborative has already explored several topics: the evolution of the SS concentration camp system in 1943-1945; architectural and visual study of Oswiecim; arrests of Italian Jews; mandatory evacuation from Oswiecim in the end of the Second World War; detailed study of the Budapest Ghetto and others. The project's authors show the location of the objects in question by using mapping technologies. You can find the complete list of projects here.

The team creates maps and other visualizations (by means of geographical information systems) that depict the places where the events of Holocaust took place, how people moved between these places and other similar data. For example, they created an interactive map that showed the location of all concentration camps in Europe, the times they were opened and closed and so on.

In the West, they began developing Digital Humanities a lot earlier, so there are a lot more projects in this field. This largely has to do with financing. For one, in the USA they have many foundations that allocate millions of dollars in grants for this purpose. In Russia, Digital Humanities is being developed at several universities, including the Higher School of Economics and ITMO University, though these institutions don't get that much financing. Despite being fewer in number, Russian projects don't lose in quality, as our technological and human resources make it possible to conduct data analysis on the appropriate level.

Another problem of DH in Russia has to do with the bureaucracy associated with collecting and processing data. For example, a particular museum has recently given the Yale University 27,000 digitized historical photographs, which were used for developing the Neural Neighbors project. In Russia, such a situation is unlikely to happen. The state-funded institutions are autonomous, and in order to establish the necessary contacts for transferring and processing various information, you have to deal with lots of authorities and agencies.

What is more, the libraries of major Western universities like Yale or Oxford have great resources, and their specialists don't have to approach other institutions in order to get manuscripts or the essential equipment. In our case, when working with knowledge from the field of humanities, researchers have to deal with the National Library of Russia or the Russian State Library, which is not always easy.

This somewhat explains the popularity of projects on classical literature (network analysis conducted at the Higher School of Economics and others), as such data is easy to access. Another popular area of research is the use of interactive technologies in museums. There've been projects on working with text recognition and old-style orthography, which are particularly promising. Such projects are often conducted with the help of neural networks, machine learning and other advanced technologies.

Other interesting research has to do with social networks, for example Twitter and Instagram, even though the legislation concerning the use of personal data is becoming stricter. Such projects also belong to the field of Digital Humanities, as they focus on analyzing cultural data, and the general concepts are being developed by culture experts and sociologists.