WorldSkills Winner on His Competition Experience

At the end of November, Moscow hosted the final round of the II National Championship of Vocational Skills organized by WorldSkills. ITMO University Master’s student Vladislav Nesterov took second place in the Cryogenic Technology and Conditioning Systems category. With each year that passes, the competition is becoming more and more popular: 93 universities were among the participants in 2018, which is ten more than last year. A total of 400 students from leading Russian higher education institutions from 43 regions came to Moscow to compete for victory. In this interview with ITMO.NEWS, Vladislav Nesterov shares about his preparation process and emotional tension he experienced during the competition’s finals. 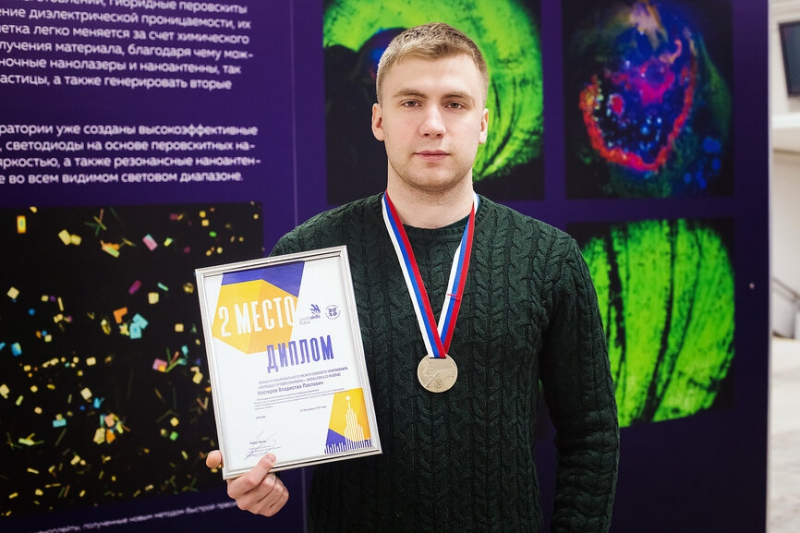 WorldSkills is an international movement aimed at promoting engineering and blue-collar jobs, which organizes competitions and championships both on an international level and in particular countries. For example, in 2019, WorldSkills World Championship will be held in the Russian city of Kazan. All the competencies at WorldSkills’ champions are divided into six groups such as social sector, IT, industrial production, civil transport, service industry, art and design.

This year, the WorldSkills Russia National Championship was held for the second time. The competition took place in one of VDNKH’s pavilions and brought together students from 93 Russian universities.

It was as early as in spring when I learned about the opportunity to participate in WorldSkills from the Dean of my Faculty. I liked the idea and decided to give it a try. First, there was a university round, followed by two weeks of training. At the end of November, they told me that they chose me to represent ITMO University at the finals in Moscow. In a course of a week right before the competition, several world-class specialists worked with me to get me prepared. I’m convinced that WorldSkills is not a kind of competition everyone can take part in; they only invite talented motivated youth, selected by universities’ coordinators.

Participants in the Cryogenic Technology and Conditioning Systems category are required to perform calculations of the refrigeration cycle, choose refrigeration equipment, detect errors and defects, both electrical and hydraulic, practical and theoretical. Then they have to eliminate the detected vulnerabilities and tune the equipment. After that, during the second day of the competition, participants assemble the device and put it in operation.

Every participant is assigned an expert. For instance, Alexsander Rubtsov, an associate professor at the Faculty of Cryogenic Engineering, was chosen as an expert from ITMO University. Experts are supposed to coordinate participants from other universities while rooting for students from their own university. Such an approach ensures that they are as demanding as possible. As all participants demonstrate practically the same high-level of performance, a difference of as little as two-hundredths of a point can be critical, and lead to a loss of place on the winners’ podium. That’s why the expert I was allocated followed my every step, ensuring that I wasn’t getting any external help and kept to the rules. There was a moment when I had to keep vacuuming for an hour and a half because the equipment was so old and freon gas took its time to boil out, which led to many participants being short of time. It was only after these hour and a half of vacuuming ended that we were allowed to move on to the next stage.

Preparing for the competition

Thanks to my six-year record of being a student, I can prepare for exams and competitions in very narrow time limits. When I was training for WorldSkills, I studied on the essentials of electrical engineering, automation engineering, and hydromechanics. In this I was helped by ITMO University lecturers; for example, Alexey Timofeevsky, an associate professor at the Faculty of Cryogenic Engineering, helped me go over the theoretical questions I needed to figure out for the contest.

Having dealt with the theory, I moved to practical tasks. My aim was to work up my experience of solving competition tasks for it to become a knee-jerk reaction, something I was very used to do. I did manage to achieve that, which saved me time and effort during the actual competition. The specialists who train students at ITMO University are truly amazing, so if a participant doesn’t have any problems with grasping the material, they will get a lot out of this training.

We arrived in Moscow a couple of days prior to the start of the final competition round, and this allowed us to check the operating capacity of the booths with the cooling equipment participants would have to work on. These booths are set up by the organizers, but we have the right to check them and report if we find that something’s not working right. The main thing is to tune the system correctly to prevent problems from happening during the competition.

On the importance of psychological resilience at competitions

The first place was taken by a student from the Bauman Moscow State Technical University. He and I have a mere three-point difference in our results, so I believe that could have won the competition; I just didn’t have enough self-control. I finished with hydraulics and electrics on the second day of the final round. I had two hours left to adjust the electronic flow control valve which regulates the delivery of refrigerating fluid into the freezer. This was the part I lost a lot of time on, which led to me losing my cool. That was partly because the equipment I had to work on was new to me; I’d practiced on a simpler version. I also experienced problems with the controller: the system was showing the wrong temperature value, and I thought this was due to the misoperation of the temperature sensor, but it was the pressure sensor that was the source of the issue. I failed to notice this in time.

I used to participate in boxing competitions, and have understood that the main difference between boxing matches and contests like this one is that in boxing, you can turn off your head and go with your reflexes, but you can’t do this in WorldSkills, and it’s harder to manage your emotions.

Now I’m busy searching for work; I want to find a job that will help me develop. I’ve decided that I want to pursue my career in the field of refrigeration equipment as I see lots of opportunities here.

The winners of the final round of in the Cryogenic Technology and Conditioning Systems track of the II National Championship of vocational skills WorldSkills are as following: first place went to Dmitry Pronin (Moscow) with 536 points, second to Vladislav Nesterov (St. Petersburg) with 533 points, and third to Ivan Markin (Tatarstan Republic) with 513 points and Alexander Kuzmenkov (Omsk Oblast) with 512 points.