The company has gained financial support from Bank Saint Petersburg to launch the construction of the satellite city Yuzhny in the Pushkinsky District, St. Petersburg. 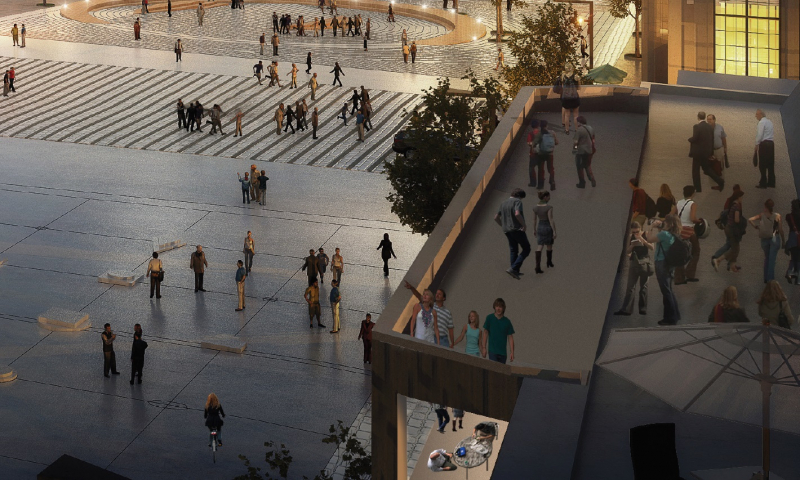 A new design project. Photo courtesy of the authorities of the satellite city Yuzhny

The first houses are to appear near the world-class research, education, and innovation center ITMO Highpark, future home to ITMO’s second campus, a business park, and a Techno-Valley. The construction will be carried out by Start Development. The company plans to obtain a construction permit by the end of 2022 and finish the first stage in 2024.

“It’s a known fact that cities that have universities develop more rapidly, have higher demand on the estate market, and attract more people,” notes Vladimir Vasilyev, the Rector of ITMO University. “So, it’s perfectly natural to build residential areas nearby such a place as ITMO Highpark. The innovation cluster will house not only advanced science and technology centers but also leisure-time infrastructure: museums, parks, cafes, and so on. I believe that this district will provide a strong impetus for the city’s development.”

Within the first stage, the construction will cover 240,000 square meters out of the total 39.8 hectares, with 210,000 square meters per dwelling for units and apartments. The project provides for all social facilities necessary for comfortable accommodation. The new cluster will also feature a system of squares and boulevards. The project concept was developed by the Moscow Architectural Institute Meganom under the supervision of Yury Grigoryan.

“The construction of the first houses will go hand in hand with that of the innovation center,” comments Sergey Khromov, the CEO of Gorod-Sputnik Yuzhny, LLC. “The residential area will be designed to suit the needs of the university's students, staff, and lecturers. They will become the first residents of the city. Yet others are welcomed here, too. St. Petersburg has been investing heavily in its agglomerations in the south, and the authorities intend to actively develop the infrastructure of the district.”

The ZaStroy development company was specifically created to implement the project. The total funding amounts to 15 billion rubles.

“We’re happy to be part of such a large-scale project. Our bank has vast experience in helping companies to bring major projects to life, and we’re ready to do our share in the development of new promising urban areas,” comment the representatives of Bank Saint Petersburg.

“We plan to create two innovative science and technology centers in the Pushkinsky District: Nevskaya Delta (for St. Petersburg State University) and ITMO Highpark. Their total area is 387 hectares and the area of real estate property is 1.315 million square meters. Both projects are of federal significance and require substantial investments into engineering and transport infrastructure,” said Mr. Beglov. “The satellite city Yuzhny will soon begin construction in the Pushkinsky District. Its total area is 9.5 million square meters and population is 135,000 people. The project also calls for the development of the local transport infrastructure.”

Earlier on, ITMO Highpark was reported to become an essential part of St. Petersburg’s transportation system.