When Newton Dances: Head of Student Dance Club on Fusing Science and Dance

Since 2006, ITMO University has been home to Flame, a student dance studio that specializes in a variety of styles including hip-hop, house, locking, waacking, and others. Its members not only learn to dance, but also participate in dance battles and festivals – and even stage their own performances and musicals. ITMO.NEWS met with the studio’s head Elizaveta Nekrasova to learn why she left behind mathematics to pursue dance and how it can be used to explain the laws of physics. 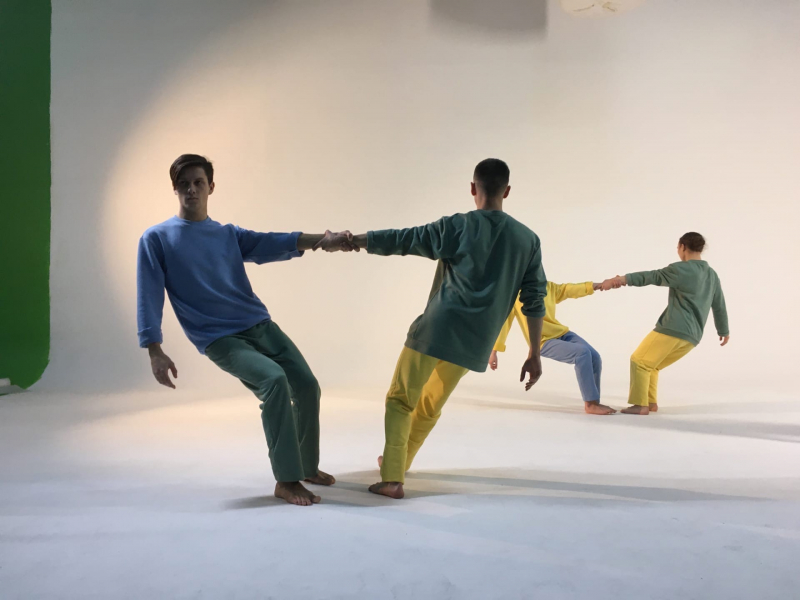 How did you get into dancing?

I’ve enjoyed dancing since I was a child. In high school, I grew interested in street dance. In the spring of 2006, when I was already a first-year ITMO student, I decided to start a hip-hop dance club.

I trained, taught, performed… I was drawn deeper and deeper into it. By the end of my fourth year, I realized that I didn't want to pursue a career in my major – I was studying higher mathematics. So, having graduated with a Bachelor’s, I enrolled at the Vaganova Academy of Russian Ballet to study as a choreographer.

Why did you choose ITMO as the place to found your studio?

Back then there were two other dance studios at the university: one for jazz dance and another for R’n’B. Neither was right for me, so I decided to start my own. At first, Flame was just me and maybe five other students. But with each year, we grew and developed.

How many members does Flame have today and how does one join?

We have two groups, a primary one and one for beginners. Anyone can join the beginners’ group – you don’t even have to be an ITMO student.

If the newcomer already has a grasp of the techniques, knows the basics, and can quickly learn choreography, we’ll let them join the primary group right away.

Overall, both groups today consist of around 80 people. The primary group has three classes a week, the beginners – two or three. The classes are taught by me and a former student of mine – Anastasia Mutovkina, who is a manager at the studio. The beginners are also taught by our own students who have proven their skills and want to grow as educators. We try to encourage continuity.

In addition to the classes, you also stage plays, performances, and musicals. Can you tell us a bit more about those?

Lately we’ve had a lot of newcomers with a background in dance; they are always growing and they wish to express themselves creatively. At some point, it became clear to me that classes wouldn’t be enough.

So my friend, a director, and I did a twist on the Evgeny Schwartz play An Ordinary Miracle and turned it into a “dance play.” It had its premiere at the assembly hall of ITMO’s main building. Before this, I was interested exclusively in dance battles, but stage plays turned out to be a completely new experience for me. That is how I began my career as a choreographer.

One of my biggest projects, which I did in collaboration with other creative groups, was the detective musical The Last Order. We had a lot of people involved: singers, actors, dancers… It was a really amazing experience for me, as our colleagues from the Creative and Corporate Projects Planning Center and we wrote the whole script from scratch, Elena Makhina wrote all of the dialogue (which seems a near-impossible task for me) and developed the mise-en-scène, and Nikolai Grazhdanov compiled all of our musical material and generally just “held the reins” as a director of a major play with a large number of students. I was responsible for the choreography not just for the dancers, but the actors, too – who had to dance and sing at the same time. It was difficult and spectacular!

Did you have any experience with fusing science and dance? Any ideas on how to do it?

There is one unfinished project that I am very invested in: a series of dance videos about physics. I’ll explain how that idea came around:

At some point, I was reading the book Sync by the American mathematician Steven Strogatz. In it, he talks about the different scientific problems he worked on throughout his career in a very inspired and elegant manner. One subject he often worked on is synchronization in all aspects of life. And the book contains a very beautiful description of how a quantum of light is formed.

For instance, imagine there is a watermelon on top of a stool in the middle of a desert. Suddenly, the watermelon falls, breaks apart, and seeds fall out. Each seed represents a quantum of light. Then, these seeds are picked up by a gust of wind and travel in the same direction – that’s a laser. When you read that, you can see all of it as if you’re watching a bizarre movie.

Even though I’ve been in the dance business for years, I still remember my math and physics. So I thought – how cool would it be to use dancing to explain the laws of physics? My friend Vladimir Pshenichnov, who was a lecturer at ITMO then, suggested I start with Newton’s laws.

Equilibrium, rotation, translational motion, impulses – there are so many interesting and complex things in there that could be depicted through body movement. Along with a student team, we applied for a grant and received money to make costumes and rent a filming space. But it took a long time: recitals kept getting canceled because of the lockdown and then the second wave of COVID. But, in the end, we were able to complete filming and are now working on the graphics. For this project, we’re also collaborating with ITMO’s Megabyte Media, so we’re anxious to see how beautiful it’s going to look!

What are your creative plans for the near future?

I put the processes within our team into two categories: internal and external. External is for things like staging a musical, shooting a video, or taking part in a competition. Internal is for perfecting your mastery of the techniques.

I’d like to give the students not only skills, but also the tools that they could use to create their own projects. For example, for a very long time we’ve harbored the idea of staging a performance night where they could showcase their own routines and we would only serve as curators. I hope that we’ll be able to make this idea a reality soon enough.