What to Read, Watch and Listen to on the Winter Holidays

The holiday season is a great time to not only feast and party, but also to do the things you haven’t had the time for during the year. Finally, you can read the books that don’t have to do with your work or studies, watch that movie or series that everyone is talking about, or try a new podcast to liven up your daily stroll or treadmill session. We want to share our own list of things to read and watch so you can consider them for your New Year plans. 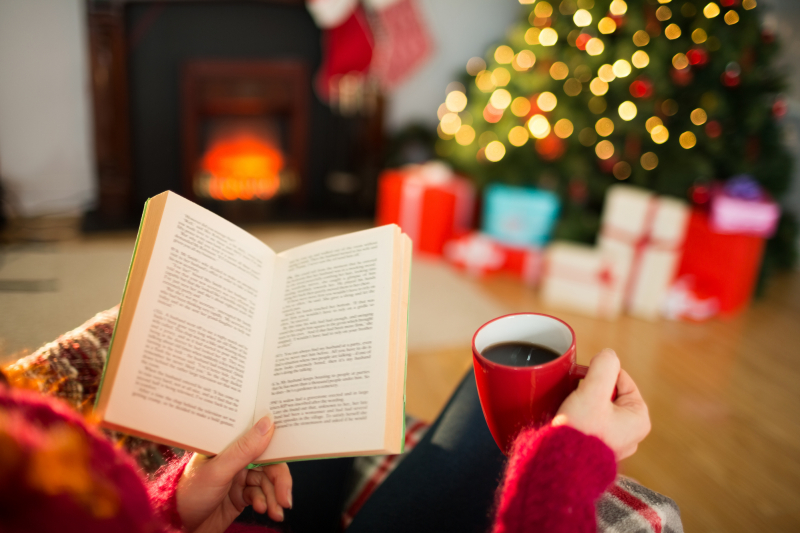 A 2020 Oscar-winning documentary film about filmmaker Craig Foster’s study of the underwater world and friendship with a real octopus. The film is an attempt to deconstruct our anthropocentric perspective and take a look at our world from the standpoint of a conscious, but radically different being – and become enthralled by how wonderful and adventurous the daily life of an octopus is.

Hawking: Can You Hear Me?

A poignant and very personal story of one of history’s most famous scientists – the astrophysicist Stephen Hawking. The film tells the story of not just a genius researcher but an outstanding person who, despite his debilitating condition, preserved his sense of humor, inquisitive mind, and love for knowledge and people till his very death.

The film took five years to make and involved those who were close to Hawking: his children, his first wife, and his friends and colleagues. The result is an enticing and very honest story about a person who will inspire many generations to come.

A new season of Vox Media’s Explained series, which covers various topics from monogamy and the history of the exclamation mark to CRISPR and cryptocurrency in an ultrashort format. In addition to this one, Explained already has four more spin-offs on the subjects of the human mind, sex, the coronavirus, and voting.

The show’s creators touch upon important socioeconomic topics such as the credit score system, how banks fool us, financial fraud and the millions of its victims, how student loans put American youth in debt, and how pension insurance works in different countries.

One more story about unfailing love for science, this one by a geobiologist from the University of Oslo who dedicated 20+ years to studying plants. In her wondrously poetic book, Hope Jahren speaks about trees, grass, and flowers as though they could speak and share their feelings with us, and encourages us to learn from their persistence, determination, and, most importantly, their ability to soldier on even in the toughest of times:

“Each beginning is the end of a waiting. We are each given exactly one chance to be. Each of us is both impossible and inevitable. Every replete tree was first a seed that waited.”

The book is also a great peek into what makes a researcher, the challenges and failures they face, the love they feel for their work, and the joys of discovery.

Nikolay Kukushkin is an evolutionary microbiologist, a graduate of St. Petersburg State University, a holder of a PhD from Oxford, and an assistant professor at New York University. The scientist specializes in molecular mechanisms and the evolution of memory. In his debut book, which received the Enlightener Prize, he traces the history of the human mind to square one – the emergence of eukaryotes, and even further – to the moment when life emerged from inanimate nature and inorganic molecules.

This is an enticing story that demonstrates that all of Earth’s living organisms are one big family, and the emergence of life on our planet is something wonderful. According to science journalist Asya Kazantseva, reading this book can help you understand everything about life.

This book by Nastya Travkina, a former science editor of the Nozh (Knife – Rus.) magazine, is an anthem to neuroplasticity and a personal tale of how one can deal with their fears, traumas, bad habits, procrastination, and anxiety with the help of the latest discoveries in brain science. In 2021, the book was shortlisted for the Enlightener Prize.

The author uses her personal history to explain how neurosciences helped her rebuild her life and become the person she always wanted to be. According to Travkina, learning about the brain isn’t just a way to show off, but an opportunity to better understand yourself and apply that knowledge in solving internal conflicts, psychological issues, and everyday challenges.

It is also an inspiring story that shows that there are many ways to find oneself in science: the author studied as a philosopher, then as a screenwriter, and finally got into neurosciences while working as a journalist.

The podcast’s hosts, Kirill Batalkin, an IT specialist from Luxembourg, Andrei Smolensky, a lecturer at Saint Petersburg State University, and Ilya Smolensky, a neurophysiologist studying the molecular mechanisms of depression at the University of Basel, invite young scientists to speak about their research. Over the past 25 episodes, the guests have already explained what computational psychology is, why teach neural networks to identify animals in images taken by drones, how to fight gelotophobia (the fear of being laughed at), and how perception of humor changes in patients with schizophrenia and depression.

A project by the Libo/Libo studio, which also publishes another popular science podcast, the Naked Mole Rat. Pediatrician Fedor Katasonov speaks about the greatest medical discoveries, which helped humanity defeat syphilis and natural smallpox and now help people with diabetes, HIV, and depression, and shares inspiring stories about doctors, pharmacologists, and scientists who dedicated their lives to saving others and building the future we now live in.

Заходит учёный в бар (A Scientist Walks Into a Bar, in Russian)

An entertainment science show by the online newspaper PaperPaper and the RUSNANO group. In essence, this is a continuation of the Science Bar Hopping project (which also has a podcast) but in a somewhat different format. Two scientists or specialists in some field explain complex concepts to a person who knows nothing about it. The guests are usually stand-up comedians, popular bloggers, and even TV stars.