The XI International Festival of science-popular and educational films has just finished in Saint Petersburg. 23 films have been chosen for it — films about searching, discovering and inventing. 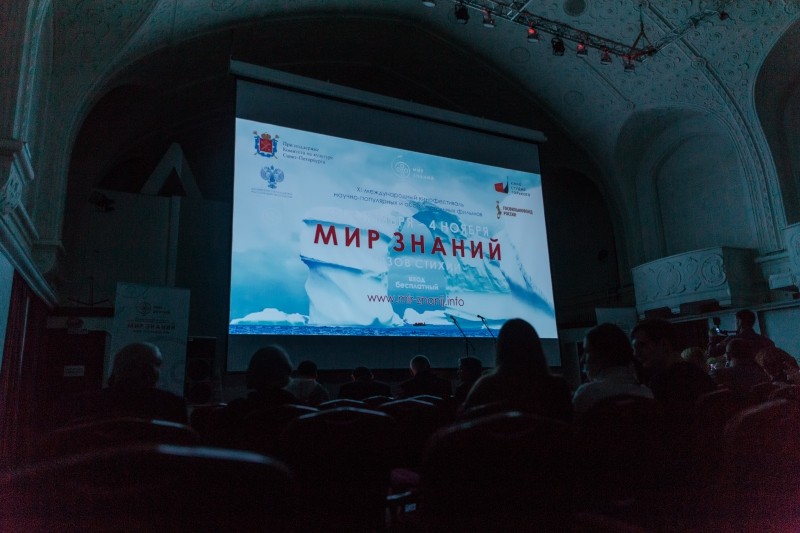 The "World of Knowledge" festival has a unique feature to it — one can’t really define its target audience. Its viewer can be anyone — a university professor who is looking for ideas to use in his lectures, a sci-pop fan or just some passer-by. The organizers mark out the festivals' educational goal: it’s primarily for those who seek knowledge and solutions to the problems brought up in such films. That is why no one was surprised by the introduction of a new award — the special prize from ITMO’s youth jury. During the closing ceremony, Daniil Shirokov, member of the youth committee of the "Lendoc" documentary studio, noted that the difference in topics and the problems brought up by the films made it hard to choose the best one. In the end, the film "Effect of Rhenium" by Dmitry Semibratov was chosen. The film about a geological expedition to the Kuril Islands in search of the enigmatic metal Rhenium the jury’s special prize and the award from the youth jury, as well. Independent films are always something special. You won’t see them advertised widely, and famous actors rarely play there. The budget for such films is low, and more they require support more than others. That’s why the Russian Geographical Society has been partner to independent filmmakers for a really long time. This year, the Society’s special prize went to the "Desht-i-Kipchak. The Hieroglyphs" film by Alexei Kamensky and Bahit Kairbekov — this one was on the script, culture and history of kipchaks. The diploma of the Presidential Library went to Vladimir Shuvannikov’s film "Nikolay Przhevalsky. A life-long expedition".

Maryam Mahieva, graduate of Saint Petersburg State University of Film and Television and winner of the Presidential Scholarship for developing a new type of nuclear reactor got two awards at the festival — her short "Neutrino and Andurtau" was named the best debut and the best director’s work. She shared that she just did what inspired her, and she’s really glad to get such a response. The festival’s grand prize — Sergei Kapiza’s award — went to the "Spaceship Earth" film by Kevin McMahon. The film compares Earth to a spaceship that travels the Universe. Both the spaceship and the planet have its resources, navigation systems, and crew. The director brings up many pressing problems — is everything alright on our ship? Are we using our resources so as to continue our journey for thousands of years to come? "Spaceship Earth" is about the chance to change it all for the better — if we’re all to act as one team, as a crew of a spaceship. After the closing ceremony, the film was shown at the "Lendoc" film studio once more.