Soft Skills For Anyone: ITMO Stand Up Comedy

The LADЫ sound cafe recently hosted a “serious” stand-up performance on soft skills in the 21st century.  Mikhail Kurushkin, an associate professor at the ChemBio Cluster, shared some of his personal stories and discussed some actual soft skills one might need in their career. 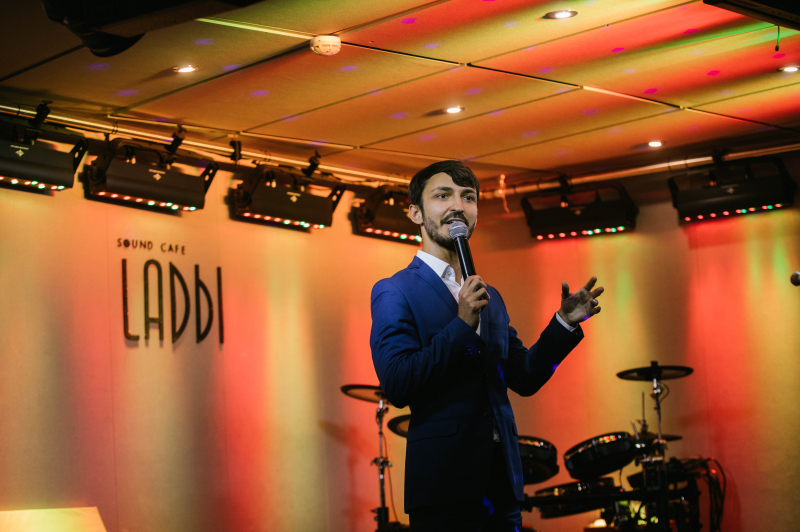 The so-called soft skills, a term coined quite recently, are a hot topic nowadays, as they are said to be the skills of the 21st century. Mikhail Kurushkin, who coordinates the Internationalization of Research course and an associate professor at the ChemBio Cluster, got to the bottom of the concept at his recent stand-up performance by conducting a tongue-in-cheek analysis of the new term and discussing the difficulties of translating it into Russian.

Both Bachelor’s and Master’s students attended the performance, which started with a bang as Mikhail appeared on stage rapping to a popular Russian song from the 00s.

Personal anecdotes added to a serious soft skills discussion after all, as the professor made one thing clear: you do need soft skills not only in your career, but also in your daily life.

Most of the talk was devoted to various communication skills. He explained that his appearance often leads people to wrong assumptions about his nationality resulting in dozens of awkward conversations with taxi drivers.

There was even time for Mikhail to address the students directly. He reminded them that he strongly supports a good sense of humour even during lectures, but he is completely against “jokes that aren’t funny”.

“I do stand-ups quite regularly, this is the fifth one, and they often happen in cafes with ITMO’s students and employees coming to the performance. It was actually the students who pushed me into comedy: they decided that I have a knack for it. Then I started thinking and remembered that my friends also used to say something along the lines. I greatly enjoy these performances and I don’t think that such informal communication can affect the student-professor communication — we can laugh at lectures too, you know. I also see the role ITMO plays in this, it not being a conservative university, where a couple of jokes could damage somebody’s reputation. Yes, we have different social roles, but it doesn’t mean that we can’t laugh together,” concluded Mikhail.