On January 27, St. Petersburg celebrated the 77th anniversary of the complete liberation of Leningrad. During the Siege of Leningrad, LITMO (as ITMO was then known) experienced a relocation, shellings, repeated evacuations… Students and professors of those years shared their memories in a new book prepared by ITMO’s Historical Museum. 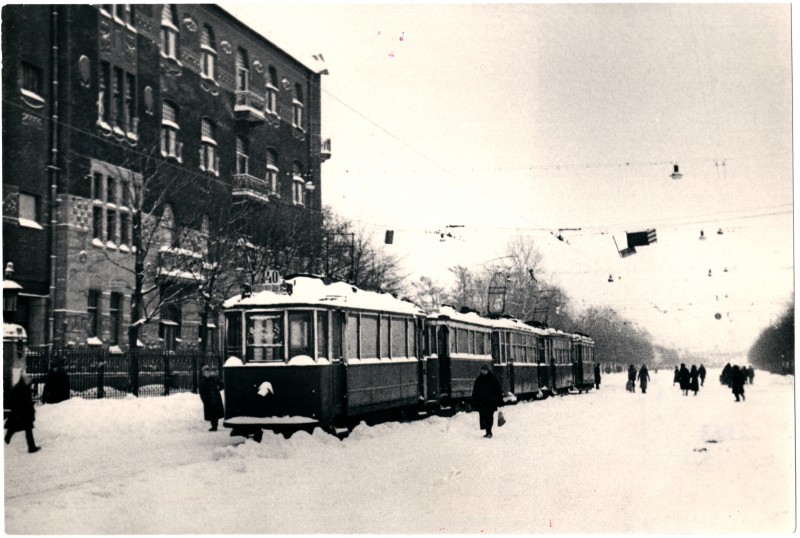 Some time ago, relatives of LITMO professors and employees of the 1940s began to share their relatives’ memories of those days with the Historical Museum of ITMO University. In 2011, the Institute of Refrigeration and Biotechnologies merged with ITMO and started to contribute to the museum as well. These essays reflect on life in evacuation and reasons for restoring the education process only in 1943, despite the long preparation. The people’s experiences served as a base for the new book of ITMO’s Historical Museum.

“The book features stories of people that they wrote on their own or told to their relatives,” explains Nadezhda Maltseva, the head of the museum. “Their memories, diaries, and various documents help us preserve our history for the future. This book is, in fact, a collection of speeches, documents, photographs, and personal files, which makes it possible to recreate wartime and show the people who survived these events.”

The decision to evacuate LITMO, one of the strategically important universities for the defense industry, by the early 1940s was made at the beginning of the Siege. However, it still wasn’t an easy task. It was necessary to arrange a route, find accommodation for the evacuees, prepare passes for all students and staff, pack equipment and books, as well as find means of transportation. As a result, the university continued to operate until March 1942, surviving (as we now know it) the harshest period of the Siege.

In the spring, the university was permitted to evacuate, and its students and staff headed to the south, to the Caucasian Mineral Waters, where the exhausted Leningrad researchers were to resume their work. The first and, as it seemed then, the most dangerous stage of the route was the ice road through Ladoga under the increasing threat of air attacks.

“We left on March 14, 1942. The temperature was -25 degrees, it was a frosty sunny day,” the book recounts the memories of LITMO student Irina Andreeva about her mother Magda Andreeva, a German teacher. “I barely remember how we got to the Finland Station. I guess that all our luggage and my dad (who was too weak to walk – Ed.) were taken on a sled. At 10 pm, we were loaded into a suburban train and taken to the Vaganovo station located on the shore of Lake Ladoga. That’s the start of the Road of Life. In Vaganova, we switched to trucks, and drove about 25 kilometers on the ice of Ladoga without shelling, and arrived at the other side of the lake, the Kabora station. There, they fed us, and we got into a train of boxcars. We had to cross Ladoga at night. The carriage had upper and lower bunks. We got the upper one, where, besides us, there were three more people. One of them was the future D. Sc. in engineering, Professor Zakhar Akselrod. There was no toilet on the train.”

Escape from the Caucasus

It wasn’t easy for the exhausted students and staff to move to the Caucasus. Everyone hoped that it was over. Students worked in local farms to feed themselves and their families before the university began operating. However, it didn’t last long. German troops advanced much further than the Leningrad leaders expected, and the Stavropol region was under the threat of occupation.

Before they could settle in a new place, the staff and students of LITMO had to set off on the road again. But how could they do it? The retreat from Leningrad was well thought-out: there was a whole train for people and equipment. Now they had to urgently leave the places wherein just a few days the front line could pass, and all transport was mobilized for the needs of the army. It was an extremely difficult trip, and not everyone managed to complete it: they remained in Kislovodsk and were captured by the German soldiers. Some were shot, and others were sent to labor camps in Germany. And those who decided to continue the path had to go for dozens of kilometers on foot or catch passing cars.

“After walking about 200 kilometers, we ended up in Nalchik,” recalls LITMO student Georgy Goldberg. “There, we spent a day, and by the evening, we managed to squeeze into one of the carriages of the departing train. But in a few hours, our car was uncoupled at the Kotlyarevskaya station and we had to spend the whole day there. In the evening, a small group climbed onto the  roof of the train with the wounded and headed to Baku. We didn’t meet our people and had to cross by barge to the other side of the Caspian Sea to Krasnovodsk. On the same day, we ended up on a train together with students and professors of the Leningrad Polytechnic Institute. That’s how we arrived at Tashkent. There, we got jobs at a local farm and started to ask about others from LITMO. We lived in a room of around six square meters. There were ten of us, and we had to take turns to sleep.”

In Central Asia, Goldberg and several other survivors learned that LITMO settled in the city of Cherepanovo, 40 kilometers away from Novosibirsk, and they headed there.

“Around that time, there was a train with equipment evacuated from Leningrad in the early days of the Siege,” says Goldberg. “In just two months, we had to arrange a laboratory and classrooms in the premises of a former school. In doing so, we worked as loaders, carpenters, painters, and construction men.”

However, the equipment and the building do not make a university. Students and professors who left the Caucasus were scattered throughout the country. And the university had to find them and arrange permissions and passes to Cherepanovo. So, Irina Andreeva (daughter of Magda Andreeva) ended up in Chelyabinsk. She didn’t know anything about LITMO and already enrolled at a local university.

“In spring 1942, I had a life-changing experience,” she recalls. “M. Khidekel, a representative of LITMO and a student, appeared in Chelyabinsk. After fleeing from Kislovodsk, the university relocated to Cherepanovo. Its head was Sergei Shikanov. M. Khidekel was sent to Chelyabinsk to recruit new students. I came to him and we agreed on my returning to LITMO by September 1, 1943. I was afraid to talk to the head of the Chelyabinsk University but handed in  the application for transfer to LITMO. He tried to talk me out of this idea but he was convinced when I said that it was my only option to return to Leningrad… I received exit permission from the head of the police and bought a ticket. And at the end of August, I arrived in Novosibirsk in a sleeping compartment on the top shelf.”

It was even more difficult for Magda Andreeva to get to Cherepanovo. NKVD was suspicious of her possible disloyalty as she was a descendant of those Germans who came to the Russian Empire. The then head of LITMO, Sergei Shikanov, had a hard time transferring her to Cherepanovo. But it was his mission: he helped students and staff of LITMO to reunite. It is no wonder, therefore, that it was possible to resume studies only in January 1943.

There is a wealth of evidence to show the wartime studies in Cherepanovo. While in the winter-spring semester, the university trained only its Leningrad students who arrived in Siberia, in the summer of 1943, it launched a real admission campaign. It included an issued leaflet, agitations and calls for local school students to join LITMO.

Some of those who enrolled at LITMO were also from Leningrad, they had just been evacuated earlier. Among them was Dmitry Priemsky.

“It didn’t take long to become a student of LITMO,” he tells. “The deputy head of the university looked at my certificate and said ‘You’re accepted, go to classes.‘ It was November 18, 1943, and studies started on September 1. I attended classes but didn’t understand anything. It had been over two months already, and I fell behind. I think it had something to do with my school education. But, naturally, I tried to catch up…”

Gradually, studies were getting back on track: students received assignments, lecturers assessed them and were also engaged in research.

“The museum features one of the assignments given to Olga Khukhrova by Prof. Nikolai Zamytsky, the head of the department of machine parts,” says Nadezhda Maltseva. “It is a handwritten task with a diagram of an electric motor. She had to indicate the purpose of the parts. The text is written in pencil, and only the signature is in pen.”

LITMO had been functioning in Siberia for about a year when the good news came from Leningrad: it was fully freed from the Siege. It meant that students and staff could come back home.

In the spring of 1944, the government announced voluntary recruitment for the restoration of Leningrad. The volunteers had to start rebuilding the city, which had been badly damaged by the bombing and shelling. Dmitry Priemsky was one of the volunteers.

“I signed up right away,” he recalls. “We left immediately after exams. It makes me think of passenger trains that had no schedule and followed a given route. Since it was a non-schedule train that could make long stops, people made new friends on the way and tried to make their wait more pleasant. These trains played a huge role in the lives of people returning from evacuation.”

The rest of the university also joined the restoration. However, not all LITMO employees were allowed into the city. Thus, poor Magda Andreeva didn’t get her invitation to return to the city on the Neva. The university’s head did everything he could, but in the end, they had to go for a trick.

“Sergei Shikanov suggested that she filed a report that she had lost her passport,” says the head of the Historical Museum. “She went to the police and received a new passport without special marks [that she was an ethnic German – Ed.].”

So, by the fall of 1944, the university once again opened its doors to students, and already in 1945, the first post-war admission was announced. Thus ended the military odyssey of the Leningrad opticians. 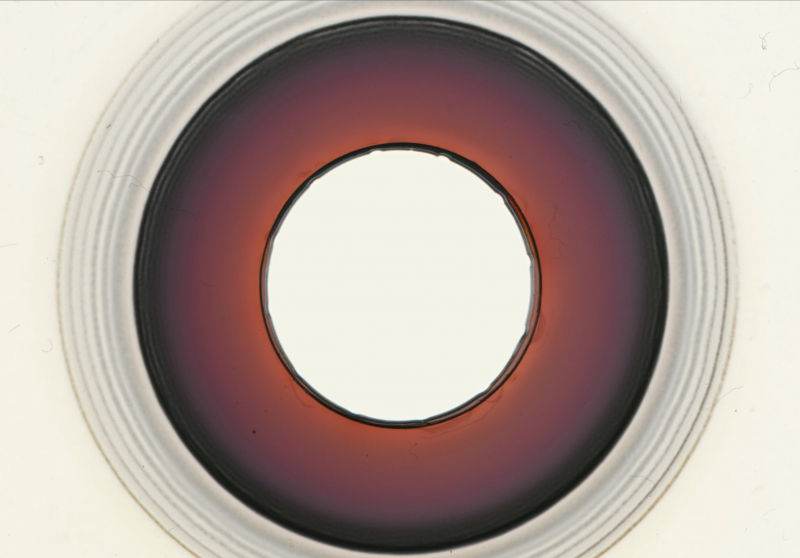