The Ecological Raids international volunteer camp has been recently held at ITMO University’s health-and-sports center Yagodnoe. For two weeks, students from six countries attended lectures and workshops on social and environmental projects and shared knowledge in the field of environmental protection. All of this happened on the shores of a beautiful lake in the Karelian isthmus. The camp ended with an open eco-festival. 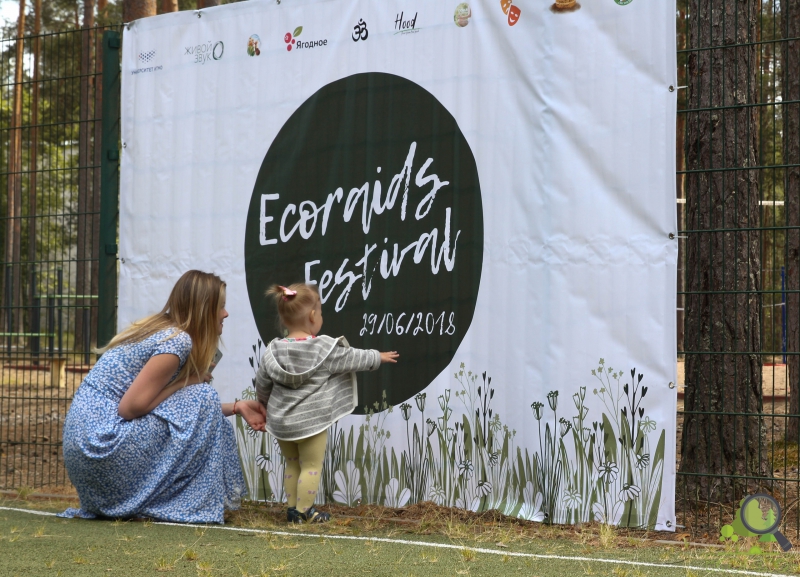 EcoRaids is a volunteer camp, which was held for the fourth time in a row by ITMO University. To join the camp, applicants have to pass an interview in English, the camp’s working language. This year, students from Russia, China, Italy, Mexico, Tajikistan and Kazakhstan joined the initiative. For two weeks, they took part in special eco-projects like cleaning up the area around Yagodnoe and installing bins for separate waste collection. Participants shared knowledge about various ecological problems and their possible solutions, explored the flora and fauna around Yagodnoe and cleared the forest of old fallen trees.

“The purpose of the camp is to create an environment for sharing information about eco-initiatives and encourage people to take care of the environment. During these two weeks, I met many people from all over the world. I’m from Italy, and I wanted to apply for a volunteer program in Uruguay, but it was canceled, and I decided to visit Russia instead, as it was my longtime dream. I’m really enthusiastic about eco-initiatives and open to everything new. In the future, I want to become an engineer in the field of environmental protection and work in Africa, to build eco-houses there and enlighten people about environmental issues,” commented Aurora Ghittoni, a participant from Italy.

“I have been studying in Russia for three months, and I want to join ITMO University. I really like the country, the people here are nice and friendly, and I wanted to help them somehow. I would like to launch my own project but I don’t know in what field. That’s why I decided to take part in EcoRaids and other educational events, to find out what exactly I’m interested in. EcoRaids is my first step on that path. I learned a lot about ecological initiatives, and I think that the main environmental problem both in Russia and in other countries is waste management. The thing is, even if we organize a separate waste collection system, we still have to burn it, which leads to air pollution. The amount of waste produced in Taiwan is just huge,” shared Yueh Chiang from Taiwan.

“This is my second time taking part in the EcoRaids camp. A friend of mine told me about it. The atmosphere is great; it’s like putting your city life on hold for a while. Of course, you have to work physically, there are many tasks to be done, but at the same time, it’s a place where you can rest mentally. The people are very friendly; it doesn’t matter what country you’re from. EcoRaids always gives me an opportunity to learn something new. I know that if you want to change something, change yourself first. However, even if you’re ready to sort your waste, it won’t be an easy thing to do, as there is no infrastructure for this in Russia. But if many people start thinking ecologically, the government will have to support these initiatives,” shared Azamat Sharafiev, a Master’s student at the Faculty of Information Security and Computer Technologies at ITMO University.

What made this year’s EcoRaids truly special was an open eco-festival. Guests could do yoga, listen to live music, watch short films about environmental problems, take part in sports games/events and attend various talks and workshops.

For example, Julia Moiseeva, the author of the project Soap Nuts, talked about what the word “natural” might really mean on soap packaging and why the soap that we got used to is still harmful for us and for the environment, and that there are more ecological alternatives like soap root or soap nuts.

Anastasia Smirnova, one of the coordinators of the Grass educational project, talked about urban educational initiatives that encourage citizens to think about environmental issues. She also shared some basic rules for eco-friendly eating and waste management. She and her colleagues are currently working on a map of restaurants, hostels and other hospitality facilities in St. Petersburg that participate in environmental projects.

“This year was the first time we launched this festival. We want to expand the format of our eco-camp and attract more people to take part in it. And Yagodnoe is the perfect place for such events,” commented Alena Stepanishcheva, a manager at the Department for the Development of Student Initiatives.