Food for Good: How To Join This Year’s Hult Prize and Help the World

On October 29, ITMO University held a session of the Hult Prize On Campus – the university stage of the international Hult Prize competition. Keep reading to learn more about this year’s cases, what awaits the competitors in the future, and how to join the contest. 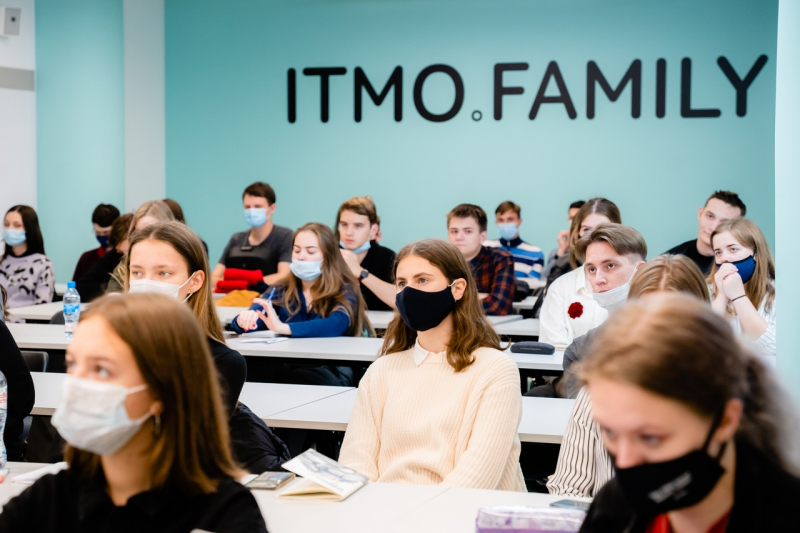 This year, ITMO University was named a qualification round venue alongside other top universities around the world. We’ve previously written at length about the competition and how ITMO became one of its partners.

Now, the university’s task is to host part of the qualifying stage – dubbed Hult Prize On Campus – all the way to its completion in the form of a pitch session before an expert jury. The winning team will be invited to present their idea at the semi-finals, set to take place in a global capital, while the winner of the final stage will receive an opportunity to join an acceleration program as well as $1 million to implement their project.

A game without losers

During the October 29 session, hosted by Vyacheslav Abdullaev, a student at the Faculty of Technological Management and Innovations, a member of the ITMO Case Club, and chief organizer of Hult Prize On Campus at ITMO, the competition’s participants learned more about this year’s main topic and which tasks they’ll be tackling. They voiced their questions, heard from members of the winning team of last year’s qualifying round at the Higher School of Economics, and played a board game designed by the anti-food waste project foodsavestheworld.

According to Vyacheslav, Hult Prize is an international movement that helps students rediscover their own abilities and capacities and inspires them to change society for the better – so that they don’t just make money, but bring positive change in the process, as well.

“You should take part in our project not just for money, but because we’re trying to provide a rare experience – the experience of working with innovative, legitimate concepts of social entrepreneurship and sustainable development. Besides, Hult Prize can grant you experiences that will open up new opportunities both in your career and in your life,” he explains.

In the meantime, the competition isn’t going on just among the teams.

“It’s important for us to set up one of the competition’s best university-level stages around the world. We compete to see who will be most successful in motivating students to create social-action business projects. We were given specific criteria by the global team: we need to bring together at least 10 teams, more than three judges – the more well-known and recognized they are, the better – and publish our materials in at least one media outlet. Then, the On Campus initiative will be recognized as official,” says Vyacheslav.

Food and food industry as drivers of progress

In 2020, the competition’s theme, Food For Good, addresses a basic and fundamental part of human life. The way we interact with food defines many aspects of how our society lives and functions. The participants’ goal will be to turn food from a simple means of survival into a way for society to grow.

To that end, they’ll need to design food production concepts that would solve issues that exist within the global food system. Teams will need to consider and reconsider the way food is grown, produced, and consumed in today’s world.

The organizing team has advised them to put together a list of the weak spots found in our food infrastructure. To do that, they’ll need to ask themselves: why does the system work the way it does? Which issues could present entrepreneurial opportunities? Why is it sometimes less profitable for companies to produce more nutritious food? Why is local agriculture often more costly than shipping products from across the globe?

For instance, they might decide to develop agricultural approaches that would benefit the climate, utilize food waste, reduce the negative effects of livestock-keeping, promote biodiversity, and minimize the harm inflicted on the aquatic ecosystem.

Several companies were presented to participants as examples of businesses that successfully engage in social entrepreneurship. One such company is also a Hult Prize winner.

For instance, the US-based company Hot Bread Kitchen not only manufactures bread, but also trains specialists and assists them in launching their own businesses. Its workforce development program provides employment and economic mobility to women who have come to New York in search of work. The company also has a business incubator that works with talented entrepreneurs in the food industry.

Aspire Food Group is a 2013 Hult Prize winner. In seven years, it has become the USA’s leader in the production of edible insects. The company farms palm weevil larvae in Ghana and provides the opportunity to do the same to farmers. In the US, Aspire grows food-grade crickets on an industrial scale and works to normalize insect consumption in the Western world.

Hult Prize calls on its teams to create effective food enterprises that would affect the lives of 10 million people by 2030. The participants must strengthen communities, increase their workers’ revenue, redesign supply chains, and create new jobs.

At the session, participants learned about the criteria by which they’ll be judged during the pitch session. There are a total of five:

Participants must also remember that their project is, first and foremost, a business, and must therefore generate profit. But in social entrepreneurship, it’s important that the more a company makes, the more positive change it brings to society.

Each team will be assigned a mentor – an expert from among the number of ITMO University graduates or ITMO Accelerator staff. Once a team has developed its idea, the organizing team will find an expert who has the most relevant experience.

The final deadline, by which the participants must have decided on an idea and the line-up of their team, is November 15. This way, they’ll have more time to think their ideas through in more detail. To join the competition, visit ITMO University’s page on the official Hult Prize website and sign up with a team of 3-4 members.

Right now, Hult Prize On Campus is halfway through its course. Next, the participants will attend workshops on financial modeling (where they’ll learn to build financial models and calculate potential profits), pitching, and public speaking; another event will focus on the inner workings of the food industry and its current trends. Then, several days before the finals, participants will prepare for defense by presenting their projects to mentors.

To stay up to date on various news and the times of various workshops and events, join ITMO’s Hult Prize page on VK; to sign up for the competition, visit the official website.