Winter is already knocking on Saint Petersburg’s doors with snow already falling out in the streets with autumn on its way out taking with it the first half of the semester. It seems as though just yesterday I was enjoying the free summer time. However, we all know that time doesn’t stop, and eventually everything comes to an end, giving way for other things to come. Those things in this case are the mid-semester tests, or how they are called here, "control work". Everybody’s busy studying for the tests, hurrying to give to their professors pending homework and laboratory works, otherwise they will be left as a "debt" you must settle before the end of the semester. 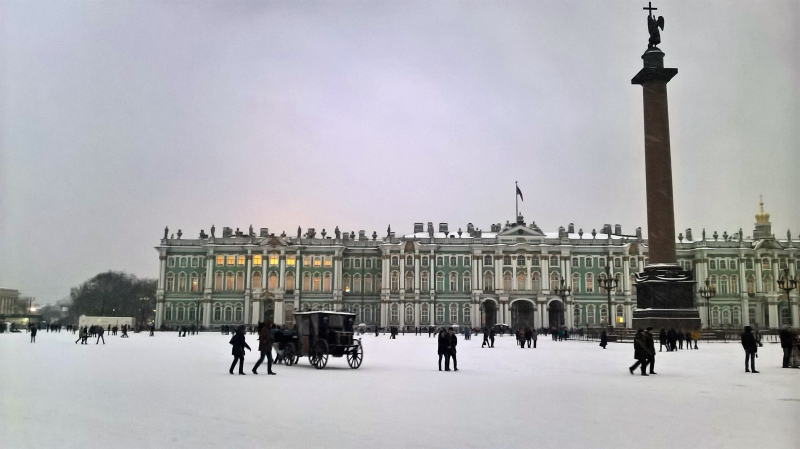 Although I enjoy winter, and I’ve liked it since the first time I got acquainted with a real winter last year in Moscow, for university students it not only means cold, snow, New Year celebrations and Holidays. For university students, the coming of winter also the means the time to prepare oneself for the real tests to come, the semester exams, otherwise known in Russian as the "sessiya" (Сессия).
So even though for the past two weeks I’ve felt a little overwhelmed by work and tests, I know that I can still breathe — that is, for the meantime — until the exams come. Still, that doesn’t mean that I won’t have to take the exam, something I am greatly aware of, so I try to keep a balance of keeping in mind that in less than a couple of months the examinations will come, while not thinking too much or worrying about it — however, it has proved to be difficult not to worry about it.
Having a great deal of responsibilities doesn’t mean that one does not get to have a good time, however. After all, we all know that students are procrastinators by nature, even the most responsible ones. We all students like to have a little fun, or just distract ourselves for a little while, before and after having to do our responsibilities; and it hasn’t been different for me. Although unfortunately I got sick a couple of weeks ago and had to stay in my dormitory for almost a week, missing some tests, having to write them in the following weeks, I have still been able to distract myself a little with other activities.
Outside of classes and lectures I’ve been going to a "mechatronics" workshop (the one I mentioned in my first blog entry) where we’ve been learning how to work with the Arduino controller board and different sensors, and some basics about electronics and mechanics. We’ll be soon doing a project of a "smart" theatre with the knowledge we’ve acquired. The department in which I study (Wireless Telecommunications) organized a trip to the Museum of Communications, which includes collections of the different methods of communicating across large distances, from the most primitive, being the letter and courier services, to the most modern such as the different devices we use to today to connect to the internet with different people around the globe; there’s even a whole, real telecommunications satellite on display inside the courtyard of the museum! On the sports side of things, I’ve also recently gotten my subscription for the swimming pool, so next week I will start swimming after a long of not practicing my swimming, oh boy, how did miss that.
Of course, those are not the only things I’ve been outside of studying, but those are the more related to my university life. In fact, I’ve just been on a trip from the Union Committee of Students to a town near Saint Petersburg, and soon will be traveling to other places. I don’t think I have mentioned it yet, but I really love to travel, and move around even if it just around the city — especially in a city like Saint Petersburg, so I may talk about my trips with the university in my next blog entry. If you really like to travel like me, be sure to stay tuned.