5 New TV shows You Can Watch While Being At Home

This year, the world faces an unprecedented problem — the Covid-19 pandemic. The situation right now is that University classes have been canceled and everyone should stay home until it all ends. Even though there are online classes, self-isolation might be boring and most of the students will have plenty of free time. In this article, we are going to tell you about five new TV series that can brighten up your time at home. We know that it is not always easy to start watching a new show, so this list mostly consists of mini-projects. Which, of course, are no less interesting than their long-term counterparts. 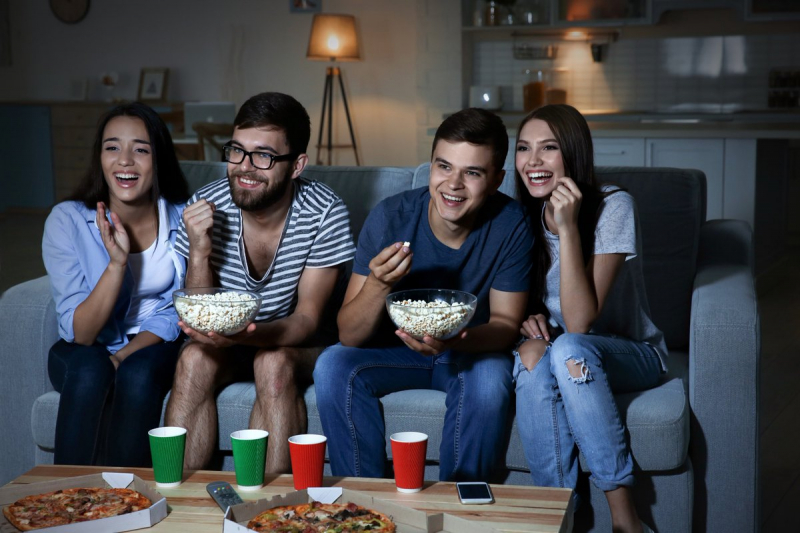 This is an autobiographical story of Dave Burd a.k.a. Lil Dicky — a guy who has already managed to get big with his comedic hip-hop. Dave shows us how an absolutely uncool guy named Dave aims to succeed in the competitive environment of the modern rap music industry. It is like a really awkward remake of Atlanta, that includes cameos by the likes of Young Tag, YG and Justin Bieber.

The Fargo series have already managed to blow our minds in 2014; this classic story by Joel and Ethan Coen got such an interesting and non-standard connotation. We already managed to forget a little about this franchise, but after a three years break it returns with new forces. The story details still remain a secret, however, we know that the main role in the new Fargo is played by a stand-up comedian Chris Rock. And that sounds like a decent reason to watch it.

While the premiere date of the new Rick and Morty is yet to be revealed to the world, there is an alternative — Solar Opposites. This is the name of the new animated series which Justin Roiland is working on. The show centers around "a family of aliens from a better world who must take refuge in middle America. They disagree on whether this is awful or awesome".

4. The Great
Genre: Crime drama
Length: 10 episodes
Starts: May 15
Where to watch: Hulu

Hulu is ready to present another version of the story about one of the most powerful Russian women of all time — Catherine the Great. The script for the new mini-series was written by Tony McNamara, who is responsible for the BAFTA-winning comedy The Favourite (2018). The main roles of "the young empress and her idiot husband" (as they say in the trailer) are played by Elle Fanning and Nicholas Hoult.

The new Hollywood series might be the biggest project for Ryan Murphy, who has already worked on American Horror Story and Glee. This tells us about several young and ambitious actors who are trying to breakthrough in the 1940s Hollywood. Beautiful costumes, locations, accents — the whole project is a love letter to the golden age of the American film industry. But it also spotlights all the unfair shortcomings of this system, which are still relevant nowadays. The cast includes David Corenswet, Darren Criss, Jeremy Pope and Laura Harrier.