As protective measures are backing down, the desire to leave your room and explore the city (and never come back) increases. However, the couch lifestyle has left us some unpleasant gifts: I bet your legs beg for mercy after half an hour of a long-awaited stroll. Luckily, we are in St. Petersburg — the city of trams. After choosing one of the routes, you can silently enjoy a long excursion with a breathtaking view just for the price of a ticket. 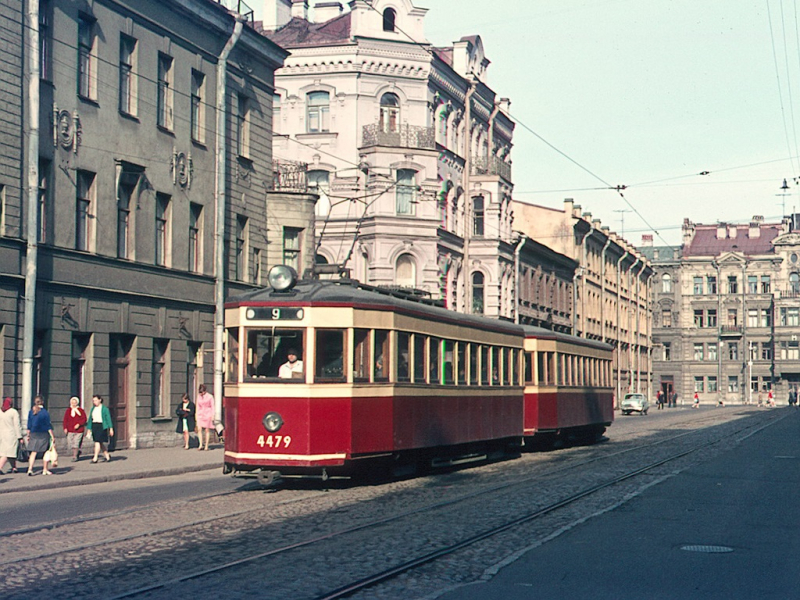 St. Petersburg boasts an extensive network of public transport, and trams are certainly the gem of the collection. They consume 10 times less energy per weight than tires and don’t pollute the air. By the end of the 1980s, Leningrad was considered the Tram Capital of the World, with more than 600 km of tram rails all over the city. Nowadays, you can notice rails on Liteyny Prospect with no tram coming around from the 1990s — the result of an unfortunate trend towards reducing costs after the collapse of the USSR. Luckily, old mansions, lush gardens, and sunsets over the Neva River at a go are still available for one who takes a seat in the right tram. Everyone knows the famous tram route 3. But in fact, there are much more.

Following the familiar historic landmarks of Tsentralny and Admiralteysky districts, tram route 16 quietly moves to unexplored parts of St. Petersburg. Take a seat on the right side of the window to see Trinity Cathedral. Look at the symbol of the city — sphinxes of the Egyptian Bridge decorated with hieroglyphs and ornaments. Feel the mystical and gloomy vibe of Obvodny Сanal and watch the gracious movements of cranes at the Admiralty Shipyard from Staro-Kalinking Bridge. The trip finishes by the Narvskie Gates, which is quite symbolic. Once they marked the city border.

Tram route 40 demonstrates the different sides of St. Petersburg. It combines old and new — green parks of the quiet Kalininskiy District and touristic hubs of the city center. And it’s my absolute favorite!

Enjoy the view of the Bolshaya Nevka, when coming along the Grenadier Bridge, and then you’re welcome on the Petrogradskaya Side — the district of writers and artists, full of authentic streets with the atmosphere of past centuries. Pay attention to the gems of Kronverkskiy Prospect: the modern-style Kshesinskaya mansion (house of famous ballet-dancer and the last tsar’s lover) and St. Petersburg Mosque — a symbol of cultural and religious diversity of the city.

Crossing over Tuchkov Bridge, the tram goes along the Vasilievsky island. You won't miss the majestic snow-white dome of the Church of St. Catherine the Martyr and St. Michaels Lutheran Church with its gothic spire on Sredny Prospect. Get off at Primorskaya Metro Station and find your way to the coast of the Gulf of Finland.

By the way, this tram comes in handy for ITMO students, as it allows us to easily get from the Main Building to campus on Birzhevaya Line.

There’s also an option for those whose heart doesn’t flutter when looking at iconic St. Petersburg sights. Tram 36 is unique — it’s the only route to go beyond the city to get to the suburbs. Okay, maybe 17 km of classic Russian uptown doesn’t sound exciting, but you won’t be disappointed with the destination point. It sets off from Oboronnaya Street and takes you all the way to the parks and palaces of Strelna. As it passes by Kronstadtskaya street, you’ll see a bit of 1950s Soviet architecture and the XVII century Novoznamenka park along Peterhof Highway.