There’s one thing that unites every student that studies abroad or away from their city of origin, and that’s the dormitory. Even though the dormitory’s sole purpose is for students from other cities and countries to have a place to live while they study, it becomes more than a second home for those students. The dormitory often becomes the center of small parties and reunions of friends, and new people, sometimes you even get to know people that are not part of the university. Of course, big parties won’t work, not only because of the dormitory rules, but also because it becomes uncomfortable to party hard in the small dormitory room while trying not to annoy the neighbors. 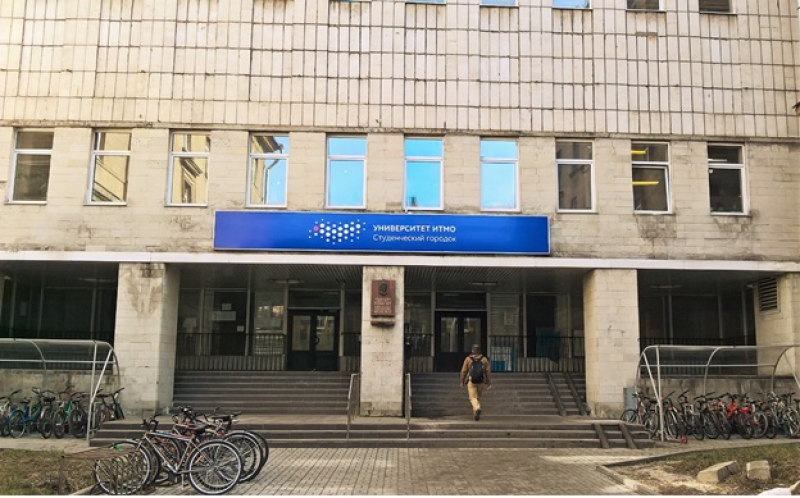 Currently, as a foreigner studying at ITMO University, I am living in a dormitory room, and so I would like to talk to you a little about life in the dormitory, as it’s been a big part of my experience as a student here, and I believe that it most likely is and will be a great part of the experience for any student studying in Russia.

First, I was very fortunate to have been assigned my current dormitory — although, to be fair, for me it was likely that they would assign me this dormitory, as usually this is the one that foreign students are assigned. This is the dormitory that is located closest to the city center (you can get to the Palace Square by foot in under an hour), and if you happen to have classes in the main building, which is located in the same island/district (Petrogradskiy), and you happen to prefer walking or riding a bicycle to classes rather than using the public transport, this will be ideal for you. There’s also the fact that this dormitory is currently undergoing renovation, and so far, almost half of it has been renovated, with the other half awaiting to be renovated, so there’s a chance that you could get a new room.

In this dormitory building, there are two types of dormitory rooms, the "korridorka" (hall-side room) which is usually a two or three-person room, and the "block" rooms, which has rooms located in a two-room block configuration of two-person and three-person rooms, with their own toilet and bathroom. Now you may be wondering where do the students in the hall-side rooms go for their hygienic necessities. Well, if you happen to live in a hall-side room, you would then go to take a shower on the first floor in the showers room, and when you need to go to the restrooms you would do so in your floor’s restrooms. Now, you would think that nobody would like to live in the hall-side rooms being that there are better rooms, but there is a big pro for the hall-side rooms, and that is that they are ridiculously cheap, and really, you get used to having to take quite the walk just to take a shower. Although to be fair I do miss having my own bathtub and not having to share the toilet with the whole floor.

In this dormitory building, there’s also a cafeteria, a study room, a gym and a sports hall. Personally, I have never eaten in the dormitory’s cafeteria as I usually either cook my own food, or eat with friends in the other buildings cafeteria’s or other fast food restaurants around the city, but it is a nice place nonetheless where you can sit to read something or to get out of your room to think more clearly. However, if you want to really concentrate and for some reason you feel like your room is full of distractions, and you have to write this very important paper which was assigned to you over a month ago and is due for tomorrow (what can I tell you, it happens to the best of us), then your best bet would be the study room. Finally, there’s the gym and the sports hall. The gym is self-explanatory, but unfortunately it is paid, and if you would like to go more than thrice a week, you will have to look somewhere else. Now, regarding the sports hall, there’s a lot that can be done there, as there are some sport clubs or "sections" which you can join, and there are plenty for all tastes, and even if you did not join any club, you can always come play football (soccer, of course), basketball, volleyball, or anything else. View from my room, at least in summer that is.

Another fact from the dormitory is that I have made more friends than from just the university alone, especially since my group is very small. There’s also the question about roommates, and that one can either go totally wrong or really good. When I just arrived, the roommate I was assigned, well, to put it this way, it was not very pleasant living with him. Fortunately, I was able to find myself a better roommate, and convince my former roommate to change rooms. What’s also good is that my room is a two-person room, so that I don’t have to deal with the hassle of having too many roommates.

Speaking about my room, even though it is a hall-side room, I actually like it. What I like most from my room is the view, and although I’m sure that there are much better views in other places of this city, I’m sure it is one of the best views that you can get in this dormitory or in most other dormitories. I also like that it is close to the kitchen and to the restroom, so that I don’t have to walk too far every time I want to prepare myself something to eat.

Now, maybe you were also expecting that I write something more detailed about hanging out with friends, or the parties at the dormitory, but that’s something you will have to find out on your own when you come study as no party is the same, because, you know, studying is important, but having a good time is important as well (I am not telling you to let your guard down on your studies, though). And if you’re already here, what are you waiting for to have some fun and relax?