There’s nothing more relaxing than to forget everything you need to do and escape the city for some days. There are some people that say that they do not like going out to the woods and staying away from the city and all its amenities, but I frankly cannot imagine that they are saying that for real, or at least I think they’ve just never gotten the proper experience. 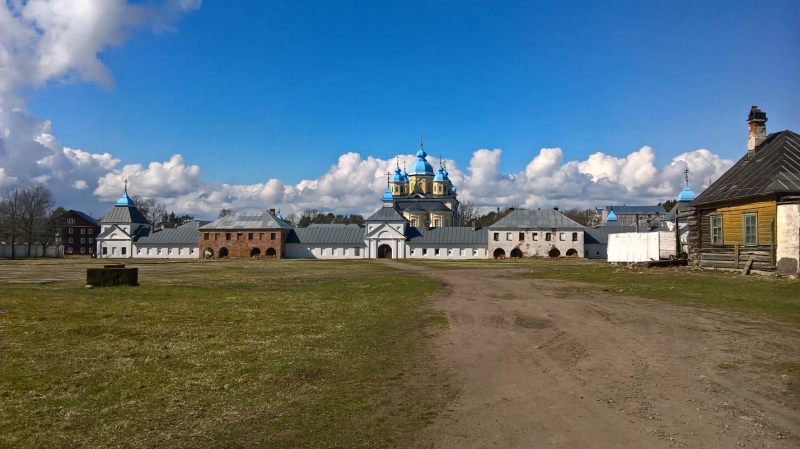 I am a person who really likes to travel, and in fact, have traveled all my life. I think there’s hasn’t been a year in my life in which I hadn’t traveled. However, as of lately, I had been traveling mostly from city to city, and not really visited any far away from civilization places.

You must already have an idea of what this blog entry must be about. Yes, it is about traveling. But, I am actually going to write about something else besides traveling in this post, something I didn’t even know that existed, and that I found out about some months ago at the beginning of this semester. I’ll start by talking about the latter since it' what got me into this amazing trip.

There are these groups of people who do awesome stuff that are present in most of the universities in Russia, they are called "отряды" in Russian, which can be roughly translated as "brigades" in English. These student brigades come in many different colors and flavors. I have recently joined as a "candidate" of a construction brigade called "Славяне" (Slavs), but there are also many different brigades, like the pedagogues, which are like the boy scouts; train stewards, who work in the summer aboard trains to different destinations; medical ones, helping patients in clinics and other places; you name it.

The one I joined — the construction brigade — is, as you may have guessed, about doing construction stuff, painting, renovating buildings, building houses or other objects. But the brigades are not only about that. Each brigade, regardless of their type, have their own traditions, their own events and you can find all kinds of good people in them. Many join brigades to have something to do in summer, but most of the time, they get more than they were expecting, and I myself, can say that in my first trip with the brigade, got a deal more than I expected. And it is about my first trip with the wonderful construction brigade "Славяне" along with amazing people from other brigades, including the women’s construction brigade "Космос" (Cosmos), whose commander organized the trip.

This trip was a very special place that not many people visit since it’s not a very touristy destination. We went to this place as volunteers, with the focus of working and helping the people who not only welcomed us to their sanctuary, but also fed us during our stay. It is quite literally a sanctuary, since it is a monastery, and not just any monastery. This monastery is located on an island called Коневец (Konevets) in the Ladoga lake, the largest lake in Europe.

Some tourists do visit it, but mostly the people that go to the monastery and are not part of it, go there on a pilgrimage. We went there to help the people that live there, by helping with some renovations on one of their guest houses. We were well received and were given proper accommodations inside the monastery, and even though we were technically away from civilization as we know it, we had the amenities that we needed, such as water, a toilet, heating, and even electricity. Sometimes water would go out, and we would need to go down the lake to get some mainly for the toilet, but rather than finding it uncomfortable, activities like that one, and having to cut some wood to add to the fireplace in our room, felt as part of the experience of being away from my comfort zone.

Although we did travel all the way to that island to take a break, so to say, the main goal after all, was doing voluntary work in the monastery. Mainly, our work consisted of doing some renovation jobs in a guest house they have just right next to the monastery. We split our work into painting some rooms inside and a couple of entrances, and doing some gardening stuff around the guest house. I was already going with the expectation of having fun while doing our job, but man, I had way more fun than I would have ever imagined. It was not only the satisfaction of doing something good or the goal of getting something done, it was also the whole process. Painting the rooms of the guest house with some really great people, getting to talk with them while you are at it, and getting to know each other. After getting some work done, get to eat some homemade (monastery-made maybe?) food. As a student, I hadn’t eaten so good and healthy in a long time.

I’ve enjoyed the many trips that I’ve made on my own, but there’s something really nice about going on a trip with a good company. Before the trip, I just knew two persons of the six (that is, not including me) that were going, and I didn’t know them that good either. It was kind of strange for me when were just heading for the island, since not only I didn’t quite know what to expect of the trip itself, but I also didn’t quite know what I could expect of the people I was travelling with. I must say that I had a great time, and by the end of the trip we all knew each other pretty good, for just a few days.

While of course work itself was fun, I can’t deny that we had lots more fun after work at the end of each day. I really liked getting a taste of what the student brigades are about, with those nights by the bonfire, telling stories and singing songs — trying to sing them even if you do not know all of them. I had already spent a couple of nights in my childhood by a bonfire, but back where I lived wasn’t so cold to really enjoy the proper way. There’s no better bonfire than one in a cold (though not so cold of course) night, in the middle of the forest, by the shore of a lake with water so quiet, yet so big that it reminds you more of an endless sea; and the right people to set the right mood.

Can’t forget walking through the forest of the island which is mostly intact — although I still wanted to explore all the island. And most important of all, the old Russian tradition of баня (Banja); you might want to call it sauna, but it’s just so much better. Nothing like steaming at 100C with some pine tree branch massage, to then get out and take a dunk in almost cold freezing water at the lake.

It was a wonderful and special trip, that I would definitely want to repeat some time in the future. However, eventually we had to get back to the city. It was quite the strange coming back to the big metropolis after being four days surrounded by nature, and while it was nice to get back, knowing that life to go on and there so much more to do here as well, I couldn’t help but yearn to go out once more, to the same place, or even better, to new place, also away from the city and its people. For the meantime, I’ve still got a lot coming to keep me busy here in the university and the city, but I do not plan to stop traveling. For the world is a book, and those who do not travel, read only one page.