Software Engineering Student from the USA on Studying in Russia

Alexander Wilson is a first-year Bachelor's student who came to Russia to study software engineering. I caught up with him to find out more about his experiences as a student in Russia and about his future plans. Alexander is half Russian, so he already had a solid understanding of the Russian language when he moved here. 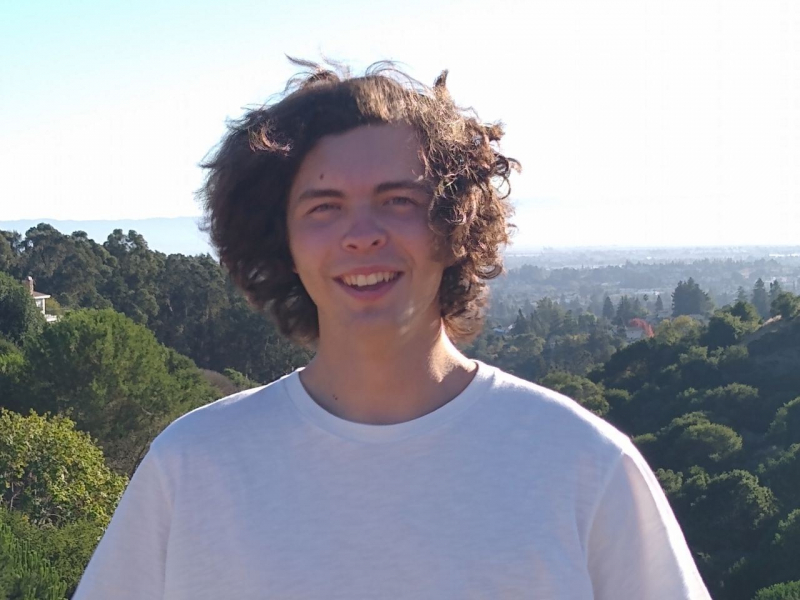 I saw that ITMO won the world championship in programming multiple times and also that Gennady "Tourist" Korotkevich, a competitive programmer that I look up to, is a student here. I wanted to study at a university that would offer me the best opportunities I could find.

How did you apply to ITMO?

I found a program called Education in Russia, which allows international students to apply to Russian universities. They interviewed me and helped me decide which university would be the best fit for me. After a little research, I decided ITMO would be my top pick.

What would you say the differences are between universities in the US and Russia?

Here in Russia, I've noticed that students are more engaged in clubs and social meetups, basically more engaged in university life in general. I've had an easier time meeting people here, as I've found Russian students to be more outgoing and approachable. Also, lectures are smaller here compared to America, where on average each involves around a couple of hundred people.

What were your first days in St. Petersburg like? Was it hard to adapt to living in Russia?

At first, I was shocked by how big the city is. The architecture is really cool as well, especially in the center of the city. I was very impressed by the bridges. As for adapting to St. Petersburg, it hasn’t been too difficult. I've noticed people dress fancier here; I feel like they put more effort into how they dress. However, the weather came as the biggest shock to me. Winter in Russia — after living my whole life in California — was certainly a new experience for me. I’ve had an easy time adjusting to the university, as I've had a lot of support from the professors and other students, who helped me a lot.

What do you do outside of your studies?

I enjoy making video games, rock climbing, and drawing. Recently, I met some new people and we decided to start a club together. It’s a skating club called SK8More (I recommend people to join it, we have a lot of fun).

What are your plans for the future? Are you going to stay in Russia or will you maybe try studying somewhere else?

I will definitely continue to live in Russia. I feel like St. Petersburg, as the cultural capital of Russia, offers me many opportunities to meet like-minded individuals. For example, St. Petersburg has a lot of design companies that I would be interested in joining. I'd love to acquire experience and make connections. As for university, perhaps I’ll look into studying abroad somewhere else in Europe for a semester. For now, maybe I’ll join another club.

Do you have any advice for other international students who are thinking about coming to Russia?

Try to learn about Russian culture prior to coming here. I personally watched a lot of movies made by Russian directors; it helped me gain an understanding of what Russia is like. Also, try to learn some Russian prior, maybe read some Russian books. That way, it’ll be easier to communicate and get around the city. Most importantly, figure out what ITMO has to offer and find out if it’s the right university for you.