Should we really learn foreign languages?

From the first sign, this question seems silly. Duh-a, we need at least basic English to not be dead because of dehydration in the middle of India. But do we really need to learn French, Spanish or Chinese? Or even English? Too many questions, I know. However, teachers always say that if you have questions, you want to learn something. I can try to believe them. 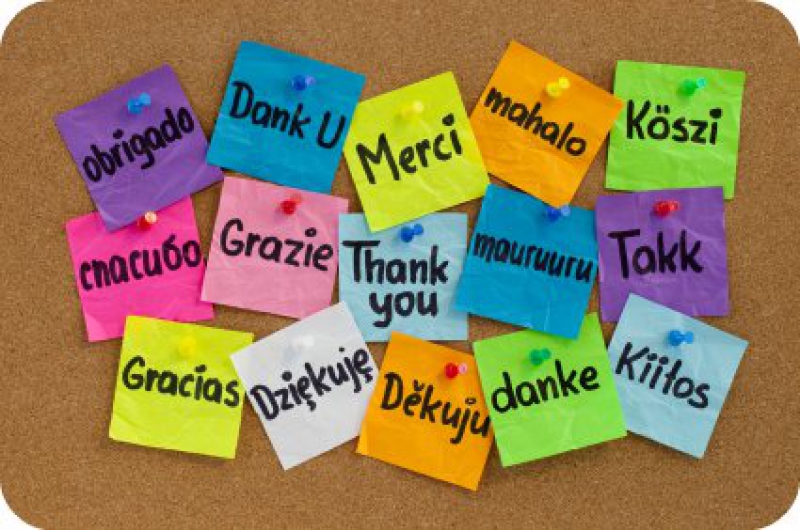 Languages, there are so many of them and sometimes it seems like you will never be able to speak them. And when you think that you can speak only Russian and the swearing version of it, "they" come. No, they are not from another planet or from the tax service, they are people from different countries.

Like everyone else, I started studying English at primary school. But I only really started studying it in 10th grade. And what had I been doing for those 8 years? I would call it "kind of English". I "kind of" studied it, "kind of" did everything I was asked to do and "kind of" spoke English. The revolution in my world took place in high school. I didn’t want to wait for the next episode of American Next Top Model (I was in high school!) and I decided to watch it in the original language. To my surprise, it wasn’t as awful as I thought. Of course, I barely understood the whole meaning, but I got the main phrase of the show: "work, work, girl!" After that, I discovered a whole world of original movies and series. It was hard at the beginning but with every following episode, it became easier and easier. Unfortunately, not all of us were fans of cheesy teenage shows and could graduate from school with "kind of English" knowledge. And these people could use some help.

There are a lot of courses and motivation lessons, ads on Instagram are all about "how to learn English in 5 seconds". But it’s not the key. The key is people. Sometimes it’s enough to just watch them on YouTube, sometimes you need to really talk to somebody. And if there is a question about why we should learn these terrible forms of verbs or impossible endings? The answer is for having an opportunity to talk.

Knowing people from a wide range of countries was the best thing that had happened to me that year. It’s not only culture and other interesting stuff, but it’s also people themselves. They are so unbelievably interesting and different from us! And at the same time, we have so much in common.

All in all, people learn languages for different reasons. For example, my Swedish teacher says that he likes to talk in Portuguese in a mall when other people don’t understand that he’s talking about them.:) But if you want a reason or motivation, think about the opportunities to talk. And the next time when you ask yourself: why am I doing this? Look around and try to focus on guys or girls, on their laughs, smiles, voices. And just imagine that you would be able to know more of them, to hear more interesting thoughts, to laugh at more jokes, to fall in love with more people. I think it’s a good reason to start, right?