Winners of the contest got the chance to enroll in one of the three corporate Master’s programs of ITMO’s Faculty of Software Engineering and Computer Systems. 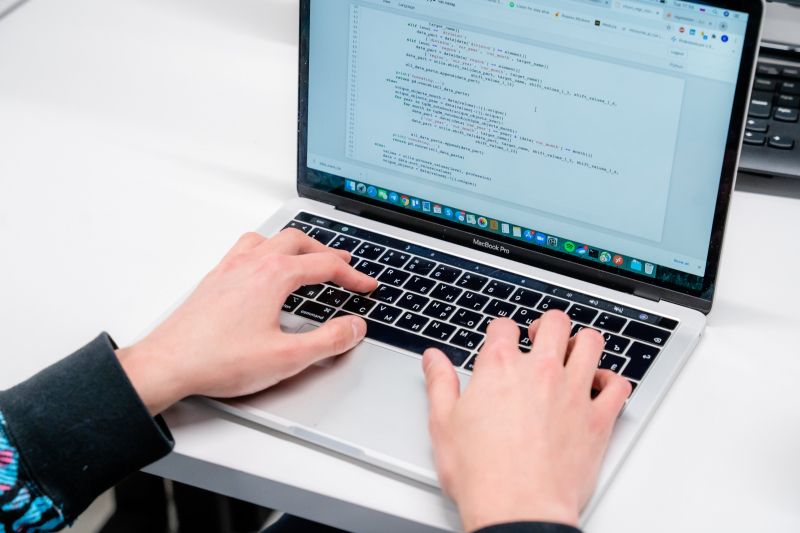 The Hack for Your Success competition is a new initiative at ITMO which allows students to enter the university’s Master’s programs without entrance examinations. During the current semester, ITMO will hold a series of hackathons with key corporate partners of the Faculty of Software Engineering and Computer Systems. In order to attract students from various IT fields, each hackathon will have its own theme and specialization.

Dell Technologies became the first corporate partner to partake in this initiative, and their suggested case was creating an app based on an open source platform Pravega.

Pravega is a solution for fast continuous data streaming and unlimited storage. Participants of the hackathon had to come up with their own ideas on how to use the platform for various data analysis tasks.

According to Mikhail Salamatov, Academic Partnership Manager at Dell Technologies, said that the company suggested this case because of their interest in creating a community of engineers around Pravega.

“It’s an open source project that welcomes any developer. When we discussed the hackathon case at Dell Technologies, we thought it’d be good to create something demonstrable, because the more applications the platform has, the better it is for its development and the community around it. It’s great that now thanks to the participants we have complete ecosystem solutions – that’s a solid result both for us and for them,” he says.

Three students won the hackathon: Konstantin Parakhin from Peter the Great St. Petersburg State Polytechnic University, as well as Evgeny Milostivenko and Kirill Kotegorenko from Astrakhan State Technical University. They not only got the opportunity to enter one of the three ITMO’s Master’s programs (The Internet of Things Technologies, Neurotechnologies and Software Engineering, and System and Applied Software) but also won the grant for an enhanced scholarship. The latter is also a new practice – only already enrolled ITMO students could take part in the grant competition before. The winners noted that the possibility to enter ITMO was their main motivation to participate in the hackathon.

“I learned about the competition from one of ITMO’s VK communities. I decided to partake because of the enrollment prospect, but I also liked the idea of having Dell Technologies’ developers as mentors. I will definitely apply to ITMO now that I have this opportunity. But generally any hackathon is a challenge and a great way to see how you’ve grown as a developer. Moreover, this success will definitely look good on my CV,” shares Konstantin Parakhin.

Tatiana Markina, an associate professor at the Faculty of Software Engineering and Computer Systems and a curator of the hackathon admits that the case was rather demanding and original: apart from the specifics of data analysis which require relevant background, the platform doesn’t work with all programming languages – and that was one more limitation the participants had to deal with. From the nine teams that signed up initially, only five took part in the contest – and only two of them reached the final. The participants also noted the tasks’s complexity.

“It was quite challenging for someone who’d never worked with Apache open source technologies. I had some experience in data analysis but neither my teammate, nor me had ever worked with platforms or integrated our solutions. It was great, however, that with all of those strict technical limitations, we were free to play with the idea of how to apply the technology and thus come up with many very different options. As we both had no experience in data analysis, we settled on one of the simplest choices – text analysis, but it could also have been something more complex, such as stream video processing. That is, we could pick the data to analyse and the way to do it, there were no limitations here – and that was cool,” comments Evgeny Milostivenko.

The next Hack for Your Success is planned to be held online in late February – early March. According to Tatiana Markina, the online format will remain even if all pandemic-related regulations are lifted, because that way the contest welcomes talented students from all over Russia who couldn’t participate in the event otherwise.