The University of Children: Their Dreams and Plans for the Future

The new academic year at the University of Children started last Sunday. During the lectures at ITMO University, the young and curious learned of the properties of fresh and salty water and were told about robots. Saint Petersburg State University's Department of Ichthyology and Hydrobiology Research Associate Ms Marina Katolikova and ITMO's Research student and member of FabLab Mr Eugeny Anfimov were the one to pass the knowledge, trying to explain complex topics in simple terms. In this article, we've gathered opinions of both children and parents, who sound really fond of these lectures. 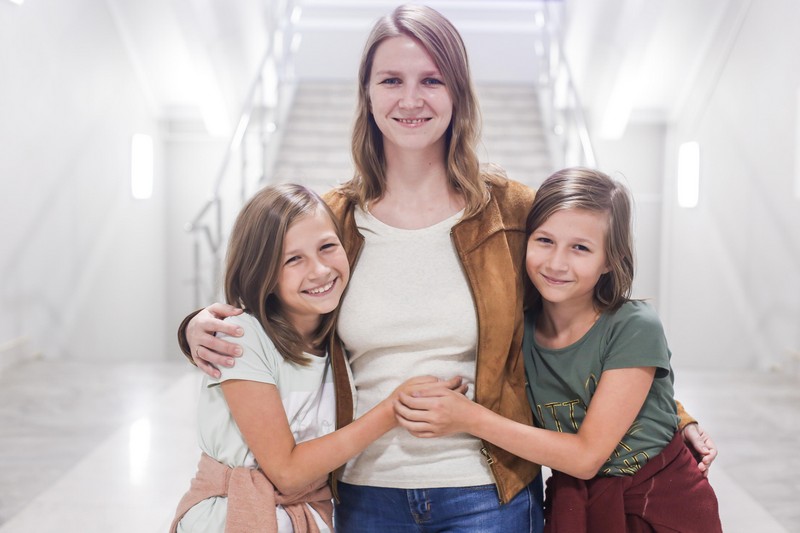 Rita: We've really liked the teacher ­she explains everything really good. It's great, since few teachers at school can do it. For instance, during lessons on our city's history they always talk about Peter and Paul's Fortress, and what we want is interesting stories about other places.

Speaking of more lectures I would've liked to listen to, that'd be ones on the origins of humans. Why don't people and apes continue to evolve even now?

In school, I like learning English ­ we have a great teacher. You can't get to know much without a foreign language now, you have to know it to work and visit different places ­ almost the whole world speaks it.

Sonya: The teacher made the lecture really interesting and enticing. She's explained everything in detail, for instance, the difference between salty and fresh water. It's great to go to such lectures, as me and Rita are interested by many questions that are sometimes hard to answer. For instance, can the one who prints money take as much as he wants for himself? Or can he print an awful lot and take the excess?

Rita, me and our friend Milana want to create our own Russian cuisine restaurant. Some place where we won't serve something strange like ants in cream or roast frogs, but borsch and pelmeni.

We got here after we've learned of the University of Children from my friend. I am really glad that I could take my girls to these lectures. I liked the opportunity cause here Sonya and Rita can discover lots of new things, experience the educational process at a real university. It's great that there are people who can answer children's questions professionally. I hope that in some years, my girls will actually understand what's it what they really want to do. I really liked the lecture on why water is salty ­ it was really interesting and insightful! I want to hear more about water, as water is one of Earth's most interesting substances. Also, It'd be great to learn what other lectures are about. I think I would've liked to become a builder or an architect. Actually, I'm really interested in many different things.

My son's classmates went to the University of Children last year, and really liked it. So, we joined in as well. What about feedback ­well, it'd be great if technical and non­technical topics were in harmony, so that there are enough of both, also it'd be great if there were a system of integrating them into a common knowledge base. It's necessary that the kids are taught to learn, for the given knowledge to be not some puzzles, but part of a system. Also, it'd be great if the websites usability were to be increased. I came to the University of Children for the first time. I really want to become an Ichthyologist, but I also want to combine it with geology, as well. I believe it's possible as an ichthyologist has to know what happens beneath the ocean and inside the Earth. I became interested in ichthyology because of animals such as sharks, killer whales and prehistoric sea dwellers. I think I would've liked it to see the world and study the seas personally, not to sit on one place. By the way, I'm not a fan of any famous person in science­ I want to be an individuality myself.

Our son's been into ichthyology for three years, and one year into geology. I try hard to support his interests. Since he's become interested in geology, we've been searching for any places for him to practice it. Regrettably, there are few places that have both piratical approach and are interesting to children. There is few literature for kids on the subject, as well. We've really liked the course at ITMO as it was split into 5 modules with different topics. So, it gave a range of knowledge and serious answers to children's questions. I went to the University of Children last year and I continue to do it now, as well. During the fist lecture about saltiness of water I learned lots of new things, though I've already known about the hydrological cycle. I want to become many things, but first and foremost I want to be an inventor. I really want to listen to a lecture on physics and learn of teleportation. Thing is, I have my own idea on this topic. You'll need three beams: one to split the object into molecules, one to transfer them and one to bring them back together. Surely, it's better to work with nonliving objects, as there can be side­effects. For instance, hand instead of legs or a leg in place of the head. Cause molecules can join the wrong way, making wrong cells that will be misplaced.

Last year, we've bought a season ticket for lectures at the University of Children and we really happy. This is a great opportunity to meet scientists, communicate with them. The best thing about these lectures is the atmosphere ­ it's not adult, not school­-like and clammy. Well, we teach our son ourselves for the very same reason. After every lecture Georgii tells us everything he's learned he digests everything he heard really good. It's great that the University's lecturers give the kids not some baby talk, but real comprehensible knowledge.