Today, universities aim not only to educate their students but also to create a comfortable environment for the personal and professional development of their students and staff. Teachers and tutors from ITMO University learned how this is done at one of the UK’s top universities during their visit to Oxford Brookes University. They later shared their experiences and impressions as part of the ITMO.EXPERT project. 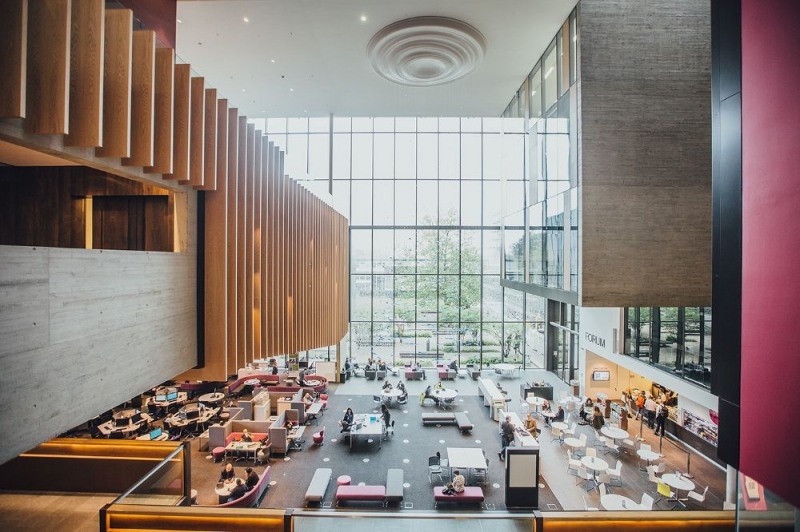 Oxford Brookes University began in 1865 as the Oxford School of Art. Back then it took up a single room on the first floor of the Taylor Institution at Oxford. Today, it is one of the top-25 universities in the UK and one of the world’s top-50 universities according to QS World University Rankings 2018.

“Oxford Brookes is one of the biggest of the UK’s so-called “new universities”, which gained their university status in the 1990s,” explains Oksana Golovinskaya, an associate professor at the Faculty of Food Biotechnologies and Engineering who took part in the trip. “Its high performance in the rankings is due to their quality of teaching, the graduates’ employment prospects, active research efforts, collaborations with the industry, and worldwide renown of their research programs. Oxford Brookes continues to develop thanks to their investment in innovative educational tools.”

Over the course of two weeks, staff from ITMO University got a thorough look at the British university both inside and outside. They lived on a special guest campus, attended classes and participated in events alongside the students. As the participants note, the educational environment at Oxford Brookes ensures constant and unimpeded access to information and creates the right conditions for both individual and collective studies.

For instance, the entire premises of Oxford Brookes are covered by a Wi-Fi network, including even the university buses that shuttle students between campuses. Students have access to gyms, swimming pools, football fields, and golf courses, spacious library halls and 24/7 IT centers were they can grab a laptop, as well as rest areas where they can work on their studies.

The key principles of the educational environment at Oxford Brookes are creativity, freedom, interaction, flexibility, safety, and aesthetics.

“When you’re at Oxford Brookes, you can intuitively feel the convergence of the private and the public in the way that space is organized,” says Elena Lekus, an associate professor at the Department of Creative Lighting Design. “On the one hand, there’s a feeling of transparency, but at the same time, you don’t feel deprived of your personal space. There’s a fascinating equilibrium between a sense of togetherness and also having your own corner where you can be alone with your thoughts. The new building doesn’t have a special public area: instead, there are couches all over the place where you can sit down, chat and have a coffee.”

Together with her colleagues from the Lighting Design educational program, Elena Lekus is taking part in designing ITMO Highpark. She notes that the things she learned during her visit will be of help when developing ITMO University’s new campus.

The transparency at Oxford Brookes is evident even in the way the classes are held. Students and their professors go to museums and have open-air classes; informal conversations at the cafeteria are also part of the educational process. According to Alexandra Mayurova, a teacher at the Faculty of Cryogenic Engineering, this open format helps break down stereotypes and encourage students to communicate with the teaching staff.

Teambuilding techniques also help bring people together. Oxford Brookes employs an unorthodox solution: the teaching staff and students meet at the university restaurant and take part in a cooking contest. After the contest, they sit down for a dinner and wine tasting session.

There is, of course, no innovation without IT. The educational process at Oxford Brookes is based on the distance learning platform Moodle, which lets students learn various subjects on their own using theoretical material, practical assignments and tests uploaded by their teachers. Students can use the forums, chatrooms and private messaging services to get in touch with teachers and other students at any point. What gives Moodle an edge over its counterparts is constant development (the latest version is dated March 12, 2018) and open-source code.

Roman Polozkov, an associate professor at ITMO University’s Faculty of Physics and Engineering, noted that he and his colleagues have been using Moodle for quite some time now. During the meeting with other ITMO staff, he expressed his readiness to share his experience with others.

In addition, the students and teaching staff use online resources such as Padlet (an app for creating online bulletin boards), Mentimeter (a tool for conducting polls and quizzes during classes), and Popplet (a visualization tool for interactive graphs and maps).

Staff from ITMO University have noted that the experience of Oxford Brookes staff has given them a new appreciation of mind maps, an educational tool that helps visualize and structure the process of generating ideas.

“At Oxford Brookes, they have their own technique for working with mind maps,” says Olga Tikhomirova, an associate professor at the Faculty of Technological Management. “The students map out their chains of thought and learn about their thought process while solving problems. It motivates them to work in teams and come up with unusual solutions.”

The mind map concept can be used in team-based or individual projects, from simple tasks (like categorizing the material before class) to complex interdisciplinary projects.

Just like ITMO University, Oxford Brookes offers its students various ways of developing their entrepreneurial skills and acquiring professional experiences: at the university’s business incubator, by having their ideas assessed by experts, doing internships or working with the university’s partner Unipart Group, a transnational production, logistics and consulting company.

Graduates can also receive assistance from the university’s career services center, the staff of which help them to write CVs, prepare for job interviews and more. All graduates were offered continued career services for three years after graduation.

The participants of the trip to Oxford Brookes will share more about what they learned and how it helped them in their work during future sessions of the ITMO.EXPERT project.