Historian Sergey Kuznetsov on the Stroganovs, Their Connection to ITMO, and History of Entrepreneurship in Russia

Recently, an exhibition called “A Forgotten Russian Patron. The Collection of Count Pavel Sergeevich Stroganov” has opened at the State Hermitage Museum. It features paintings, sculptures, photographs and other exhibits collected by the scion of the dynasty. One of the most influential aristocratic families in Russia, the Stroganovs were veritable pioneers and innovators in the field of technologies and education. One of ITMO University’s campuses (that on Tchaikovsky St.) is based on the dynasty’s former ancestral home. ITMO.NEWS sat down with Sergey Kuznetsov, a historian and staff member at the Russian Museum and leading researcher of the Stroganov family, to talk about the exhibition and the university’s participation in the preservation of the dynasty’s vast collections. 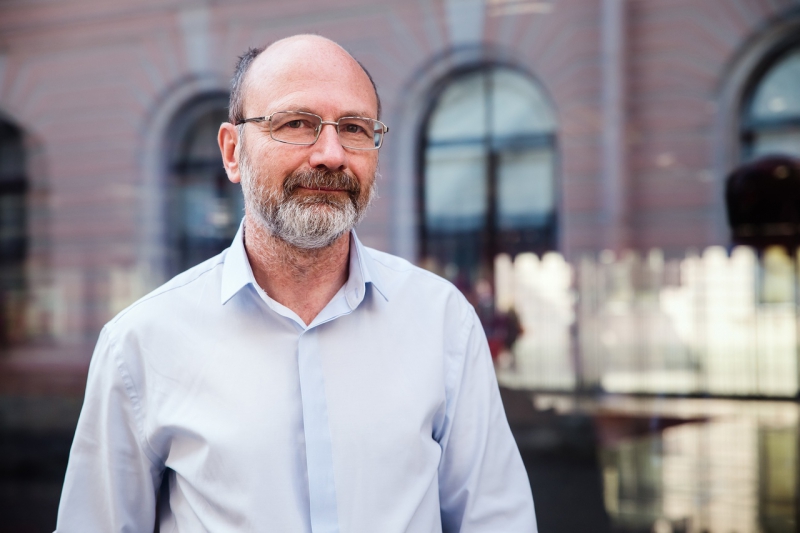 Please tell us more about the exhibition “A Forgotten Russian Patron”, which is dedicated to Count Pavel Stroganov. Why is it important for us, people of the 21st century, to know this name?

Starting from 2000, six exhibitions have been organized that were dedicated to the Stroganovs, but this is the first one that specifically revolves around the figure of Pavel Stroganov. This is a huge breakthrough that has an immense amount of work behind it. The goal of my efforts was to make the public aware that there were a lot of Stroganovs in our history, each and every one of them was unique in their own way. Just recently, I have organized a class for tour guides, and it was hard for them to process this concept. Decade after decade, they would operate with generalized names such as the Stroganovs, the Sheremetevs, the Yusupovs. I see in this the ramifications of the 1917 revolution where everything went topsy-turvy. On top of this, it’s also easier for them to speak that way.

But this is a wrong approach. When we talk about who wrote War and Peace, we name Leo Tolstoy, separating him from Alexey Tolstoy and other people bearing the same surname. All of these individuals thought and acted differently, but we still identify them en masse, grouping them by the surname. This is despite the fact that in the imperial period alone, from the beginning of 18th till the beginning of the 20th century, there were 126 Stroganovs. I’m not proposing that we should identify them all, but the main ones, those with the biggest contribution, have to be singled out.

Among these is Count Pavel Sergeevich Stroganov. He assembled the collection that is now exhibited in the Nicholas Hall of the Winter Palace. This is a very interesting, nuanced, sophisticated collection, the formation of which evidently called for a great deal of knowledge and analytical work. Indeed, Pavel Stroganov did a lot of research prior to acquiring all these objects. The market then, as it, in actual fact, is now, was teeming with fake paintings. You had to have some idea about what you were to buy and be able to anticipate the value your acquisition would have in the future.

If we want to be educated as people, we, too, have to be knowledgeable in this art even today. Mass culture only continues to develop, and we are losing basic principles and values. Our task as the organizers of the exhibition in regard to ITMO University’s students was to open the young people’s eyes on the historic building they are studying in, the person called it home, as well as what and why he collected.

Right now, the former manor of the Stroganov dynasty on Tchaikovsky St. houses ITMO’s Faculty of Technological Management and Innovations, which trains, inter alia, future entrepreneurs. After their graduation, it will fall to them to promote state-of-the-art technologies in the market. What do you think they could learn from the Stroganovs?

The Stroganov dynasty gave rise to many brilliant entrepreneurs. For one, a 16th-century representative of the family, Anika Fedorovich Stroganov, set the ball rolling on a successful salt manufacturing venture, after which he and other members of the family continued the innovative technology chain. It consisted of producing salt, packaging it, transferring it on a specially-created fleet, and, finally, selling it to customers. This smoothly-operating process chain allowed the dynasty to lead a cushioned existence collecting art over the course of four centuries. In time, they managed to diversify their business and branched out into gold and forestry. They were the first in 19th century to realize that forest planting could yield significant profits.

Where the Stroganovs could set an example for students is their principle to always keep their mind in shape. What makes this aristocratic family special is their characteristic breadth of knowledge. I think this to be their main quality and know-how. Starting from the 16th century, they made a point of keeping abreast of everything happening in the world. Though Anika Stroganov lived in a small city of Solvychegodsk in the far east of Russia, 850km from Arkhangelsk, he kept an impressive mental map of the whole Eurasia, from Paris to Vladivostok, figuratively speaking. It was him who proposed the idea of Russia reclaiming the Siberian territories, which his descendants made a reality in the capacity of sponsors. They set great store by broadening their horizons, and the students can learn from that, to always think two steps ahead and achieve success based on that. Salt-making had obviously had its day as a promising business venture, but there are a host of new fields which hold great potential for visionaries.

Speaking of new fields. Nowadays, digital technologies come to more and more prominence in humanities and social studies. ITMO University has its own Digital Humanities Lab, which implements a variety of projects. What is your take on such interdisciplinarity?

I know a student which did her research simultaneously at the Russian Academy of Arts in St. Petersburg and Peter the Great St. Petersburg Polytechnic University. I have no idea of how her career is going now, but I strongly believe her case to represent the ideal way of how things should be done. A modern human is capable of such mix of activities and has to develop both sides of the brain. The Stroganovs, too, provide an example of that: despite their busyness, the most hard-working of them, Anika Fedorovich and Grigory Dmitrievich, still actively pursued the arts, developing and promoting arts patronage.

Personally, I make a point of checking that the majority of material connected to my field of research are digitized, and that all this data is available for others to work with. For instance, I see an opportunity for collaborating with ITMO University on the creation of a film dedicated to the next exhibition dedicated to the collections of Count Pavel Stroganov. This film would require modern technologies, 3D visualization and other relevant methods, so such a collaboration would be very beneficial.

Do you plan to continue telling the story of the representatives of the Stroganov family together with ITMO University?

Yes, according to our arrangements, I will be able to give a lecture for the university’s students telling them about the Stroganov manor on Tchaikovsky Street. But I would like to go further and approach the matter in a more academic way. For example, to organize a separate course on the connection of the Stroganovs to the field of art, or a comprehensive course on the history of Russian entrepreneurship. Students probably know about Bill Gates and Steve Jobs, but what about the Morozovs, the Ryabushinskys and the Shchukins? Though having to be careful to steer away from false patriotism, we still have to have an understanding of how the traditions of entrepreneurship developed in our country. Especially as another of ITMO’s campuses is situated at the house of the Eliseev merchant dynasty in Birzhevoy Lane. This could very well be used as the course’s narrative frame, allowing the students to look at their alma mater from a new angle and, in the grand scheme of things, to develop this impressive breadth of knowledge characteristic of Pavel Stroganov and other representatives of this fine dynasty.

The exhibition “A Forgotten Russian Patron. The Collection of Count Pavel Sergeevich Stroganov” will run at the State Hermitage Museum until October 13, 2019.