The Game Development Technologies Master’s program at ITMO recently hosted an intensive course by Svyatoslav Torick, a product vision expert at Wargaming. The short course, which focused on how to develop one’s idea for a game and monetize it, took place entirely online. Still, that didn’t stop the students from making the most of the opportunity to chat with an industry expert. We spoke to Svyatoslav Torick, Alexander Khoroshavin, the curator of the program, and the program’s students, to find out what the future game developers have taken away from the course and how this knowledge will come in handy in their careers. 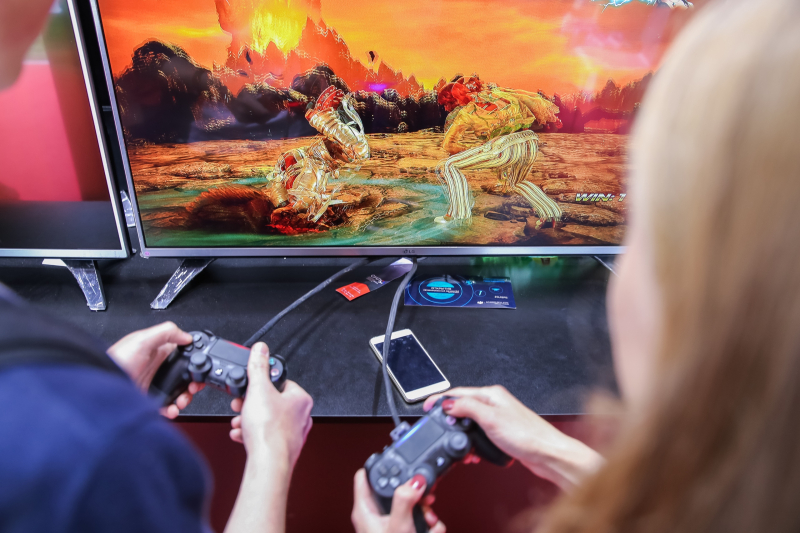 The Game Development Technologies Master’s program was launched in 2017 at the Faculty of Digital Transformation (School of Translational Information Technologies). The program includes two majors: Video Game Design, which delves into game design and various content generation methods, and In-Game Technologies, which focuses more on the technological aspects of game development.

The program’s practical approach to learning manifests in frequent opportunities for students to meet with members of the gaming industry who can share important knowledge and skills. As Alexander Khoroshavin, the curator of the program, explains, close collaboration with actual members of the industry is a key feature of the program:

“In the first semester we had quite a lot of guest speakers from the industry, primarily the staff of Sperasoft, a partner company of ours. There were specialists on creative, technical, and applied programming, all of them giving lectures or teaching practical classes. Students are always eager to hear from industry members,” says Alexander.

The intensive course by Svyatoslav Torick, an R&D specialist at Wargaming, dealt with practical methods of developing a game as a concept and a commercial product. During the course, which took place over four days and consisted of three sections, Svyatoslav spoke about the various tools used by his company. The first tool is the gamecraft methodology, which is used to quickly develop an initial idea into a full-fledged working concept for a prototype. The approach is based on the Business Model Canvas, but with a strong shift towards the specifics of game development.

According to Svyatoslav Torick, this method makes it possible to quickly get rid of all unnecessary bits and prepare a project for a presentation or pitch for partners and investors:

“Game designers’ biggest issue is their unrestrained imagination. A game designer always wants to cram as many things as they can into a game: they want to tell a story, to use interesting mechanics and novel control methods – it’s very difficult to stop them at the right time. Using this method, creators can consciously establish barriers that they cannot cross. I share this technique not only with students but with my game developer colleagues, as well. Judging by their reactions, this is indeed something needed in the industry, and I hope that students will be able to use it, too,” says the expert.

The course’s second section concerned the ways and models of monetization in games. Svyatoslav Torick shared some of the knowledge about the existing methods of introducing and presenting monetization in “freemium” games, which he accumulated while working at Wargaming’s research department. For instance, the students learned how to develop a unique commercial model for any given game product.

The third technique shared by Svyatoslav is the workdoc methodology. Unlike the commonly used game design document, which mostly describes the story, interface, visuals, and mechanics of the game, the workdoc concerns the game’s nature as a product. That includes a description of the game’s target audience – both its core and peripheral groups –, ways of interacting with it, the game’s market niche, and assessments of the market, the competitors, and genre niche. It also includes revenue, expense, and workload projections for each stage of development, as well as an outline of the marketing strategy. The result is an overview that fully presents the game’s idea to the development team, publisher, and investors.

According to Alexander Khoroshavin, the idea of hosting a short course was Svyatoslav’s: he not only suggested doing a series of lectures, but also shared material for future use by the program’s staff:

“We have a discipline called Video Game Development Tools, as part of which the students are tasked with developing a final project as a team. Of course, it would be great to set up intensive courses such as this early in the semester to help students before their June deadline. This way, they’d be able to apply their theoretical knowledge to form an idea and begin to implement it. Starting with the second year, we’ll be hosting these short intensive courses in February,” explains Alexander.

According to the students, the course was concise, practical, and quite useful – and its quality wasn’t affected by having it conducted online. According to first-year Master’s students Nikita Chernyakov and Nika Belousova, getting to practice their newly-acquired skills helped them to better understand the basic principles of prototyping:

“During the lectures, we split into teams and developed our own game prototypes based on the technique we were introduced to. It helped us better understand what we learned and see the technique in action. Our team came to the conclusion that these approaches have their own advantages and we’ll probably use them in the future. I can say that I’m satisfied with the course. And taking part remotely didn’t make it any more difficult to listen to the lectures or work with the team,” says Nikita.


“We were told about all the stages of game development: from concept to “going gold” and monetization. This way, we were able to learn more about what goes in the gamedev “kitchen”. We discussed the various challenges that may arise during each stage and how they can be overcome. As students, we were tasked with developing a game following the principles we’d just learned. Our speaker gave everyone advice and analyzed their ideas in detail, which made it much easier for us to develop them further,” shares Nika.

Svyatoslav Torick himself was also left satisfied with his communication with the students; according to the expert, he was impressed with their enthusiasm and creativity:

“I have never been a professional lecturer, but I really love seeing students be genuinely interested in a subject. I see they really care about and value the things I tell them about. ITMO students make me happy with the way they think less about business and more about development. They want to make games for experience, which to them is more important than quick profit,” says Svyatoslav.