4C St. Petersburg: Soon, Everyone Will Be a Gamer

Every day, more and more people are becoming involved in games. Even non-interactive gaming video content attracts more viewers than HBO or Netflix. Games are no longer something enjoyed only by a limited group of computer enthusiasts; even if you never played Dota 2 or CS:GO, you become a part of the global gaming industry when you play your favorite smartphone app on the commute. Christopher Cataldi, co-founder and COO of Genvid Technologies, believes that gaming will continue to attract new users, taking over the audiences of other popular forms of entertainment. Global trends in game development were discussed by developers, owners and top-managers of companies at Wargaming’s conference 4C: St. Petersburg. 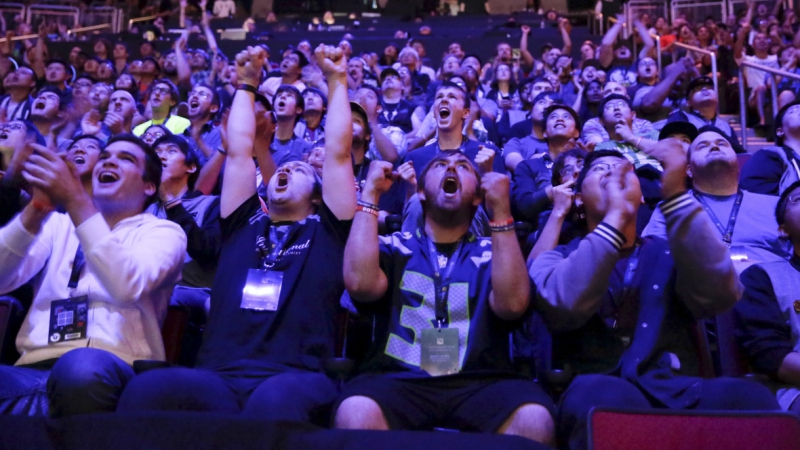 At the end of the last millennium, experts began to describe the emergence of a new economy – the so-called “experience economy”. The term was first used by B. Joseph Pine and James H. Gilmore, who claimed that this new type will be the next after agrarian, industrial and the current-day service economy. The concept was then adopted by other authors, and with the turn of the new century, examples started to appear that proved that customers are becoming more likely to pay for experience and not just the ownership of something.

Nowadays, people buy impressions – they pay for a unique experience that can be had in, say, another country, or use a service that doesn’t imply ownership, says Cristopher Cataldi, co-founder and COO of Genvid Technologies (this startup is developing an SDK for game developers that provides a variety of functionalities for streamers and cybersport events). One of the most noticeable examples of this is the rapid development of car-sharing services and the like. But where would one have the time for those trips and new experience? At one point, the introduction of robots into the industrial processes improved labor productivity by 0.7%, freeing humans from a variety of routine tasks. Artificial intelligence might be able to increase that figure by more than two times, says Cataldi. If such radical changes do occur, people will not only have more free time, but much more opportunities for content consumption, too. But what will it look like in the era of the fourth industrial revolution?

Gaming for the masses

Today, the gaming industry is gradually taking over the segment of the market traditionally occupied by such forms of entertainment as film, television and music. This growth began when games stopped being perceived as a prerogative of geeks and gamers.

“For some time now, people have not just been playing games; they’re enjoying watching others play games. When the first arcade machines appeared, there was no separation into players and viewers; people simply came to a special place, threw in a quarter and played. Then, consoles and PC games appeared. All this occurred without an actual network-based multiplayer mode – players simply got together at someone’s house. But that was when the separation into viewers and players really happened,” – explains Cataldi.

Nowadays we are very much familiar with online multiplayer and streaming. When games went online, the market environment changed: the industry went from selling CD and DVD cases with games to a total elimination of physical sales, while the gamer crowd went from a reserved subculture to a massive industry that unites not only professional gamers, streamers and amateurs, but also millions of viewers that flock to e-sports championships, broadcasts and popular streamers’ casts.

On the other hand, those who would have never played Dota 2, LoL or CS:GO, let alone watch pros and streamers do that, are becoming a part of the global gaming industry when they play casual games on their daily commute. Mobile apps are one of the key segments of the modern gaming industry, and that segment will keep growing, thinks Denis Dybsky, marketing director at Teslasuit. “Mobile market grows by 14% a year; by 2020, it will make up 40% of the entire industry. In the meantime, desktop and browser games, as well as consoles, will lose their market share; the predicted figure is -4% over four years,” – says the expert – “Mobile gaming is ready for a new wave of innovations. Modern smartphone manufacturers are at that stage where they are prepared to, for example, integrate support for virtual and augmented reality engines. In addition, China’s interest towards the gaming industry grows with each month. In 2016, the well-known Chinese corporation Tencent (owner of WeChat messenger, gaming company Riot Games and others – Ed.) earned more than 10 billion in revenue from mobile games. The eSports area is growing, too. By the end of 2017, according to forecasts, that market will reach $700 million, and its overall audience will be made up of almost 400 million people. By 2020, the market is projected to reach $1.5 to 1.8 billion. The key events here are championships in Dota 2, CS:GO and League of Legends”.

Let’s imagine you have a high-end PC with the best specs. Even that computer won’t be able to let a player, say, play a game in real-time while a developer creates new elements and conditions somewhere in the game-world that change depending on the game progress and the player’s actions.

“The only way to make such a thing real in the near future would rely on cloud-based central processing. For one of our projects, we created a massive world – 17 times that of Skyrim – and filled it with 16,000 independent AIs that followed a set of particular rules. We could create a new city or perform physical modelling in any part of the map in real-time. For example, we’d create a tsunami; it was completely unscripted and affected the game-world. If we’re talking about a traditional client-side model, this would require gigabytes of data to be processed in real-time. You’d never be able to synchronize that across multiple clients; therefore, everything has to occur server-side,” – explained Christopher Cataldi. Cloud-based streaming has been a topic of discussion for a while, but today this field is only starting to take shape, adds Denis Dybsky. What would be the ideal scenario? That would be a game that is launched and located 100% on the server; all data processing occurs in the cloud and is streamed to the user’s resource-efficient device at high speeds with a delay of 1-2ms.

Such a delay can only be achieved using the 5G standard, which has also been in development for the last few years. In Russia, the technology was tested, for instance, by MegaFon in 2015, achieving admirable connection speeds. In June 2017, companies managed to achieve a 5.5ms delay (a huge breakthrough – the human eye, for example, can have a delay of up to 12ms).

One of the requirements for the 5G protocol is that it has to be able to simultaneously connect with no less than 100,000 users. That means that, as Mr. Dybsky puts it, switching from 4G to 5G would feel like going from natural economy straight to capitalism. It is expected that 5G will get a full-scale commercial launch in 2020. And, if everything goes as planned, the new standard will facilitate the development of the “tactile internet” paradigm, where every action online can be implemented without a delay. In gaming, besides delay-free streaming, this would open new prospects for VR, a field that faces similar issues.

Another problem for VR is a sort of mismatch between the player and the environment. Nowadays, players experience virtual reality through sound and image, but they still cannot touch what is around them. The problem can be solved using smart devices that would help achieve an even more immersive experience – smart clothes and sensors that, in addition to gaming, can create a whole range of opportunities for wearable computing in general. In August, a bot developed by Elon Musk’s OpenAI startup had beaten a world-class Dota 2 pro at The International tournament. Developers claim that it only took two weeks of real-time learning for the bot before it was able to achieve this result; they hope to develop it further so that the bot can compete in a 5-vs-5 game by next year. The computational abilities of AI are, undoubtedly, much higher than humans’, which is why in the future bots may be used, say, to train professional gamers, says Cataldi.

But, of course, the potential of AI for the gaming industry isn’t limited to being a foil to pro-gamers or even letting in-game characters evolve. Emotion-aware gaming is what will soon let developers tap into the players’ emotional states and allow their games to evolve on the spot.

“First off, AI can let us search for the solutions directly in-game, providing procedural generation of content and letting characters neuro-evolve, meaning that they can accommodate the players’ playstyle and respond to it, customizing the difficulty in response to their needs. AI can also help improve skeletal animation and NPC movements, as well as dynamically maintain game balance,” – adds Dybsky. We’ve long gotten used to the fact that we can close an application on our desktop computers just to continue where we left off on the way home, at the park or in a café. Cross-platform features allow us more freedom in how we consume content. Would the same be true in gaming? Sure, smartphones are still somewhat limited in their processing power and are not a match with PCs and consoles. In the future, that might change, and that would make games just as ubiquitous as any other software.

“Experience 3.0 brings with it the idea of ubiquitousness, omnipresence. We’re talking about a completely different kind of content, personalization and creation of new, unique content. With the advancement of technology, soon games may become a regular part of human life; they will be available everywhere, on-line, and different people would be able to interact with them in different ways. They would also have a choice – to be a player or an observer, and I believe the latter group will keep growing. Even today, as eSports stats show, pro-gamers and cyberathletes spend as much time playing as they do watching others play,” – says Cataldi.

This is why game developers who used to cater, for the most part, to players, are now focusing on viewers, too. Due to the developments in the field of cloud streaming and new data transfer speeds, there is a new kind of broadcasting in which the viewers, just like players, can not only watch the game, but have an effect on it. For example, by affecting the game conditions in real-time, they nullify the need for scripting events and become the source of change in the game environment.