How to Get a Job in Game Development

The long-awaited Russian videogame Atomic Heart is embroiled in controversy. It wasn’t long ago that the game’s trailer racked up over 500,000 views on YouTube – a near-unprecedented number for a Russian game – but some of the game’s developers have anonymously complained of unnecessarily rough management at the studio and constant, unpredictable firings. We spoke to members of the Russian GameDev community, educators, and partners of ITMO University’s Master’s program ‘Game Development Technologies’ to find out if the rumors about Atomic Heart have any weight to them, and how newcomers to the industry can avoid such situations. 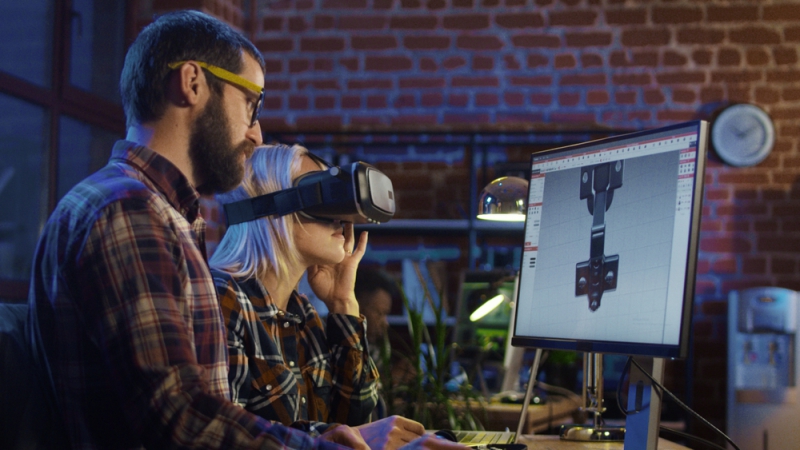 Is the mistreatment of employees common in the gaming industry? What about crunch, the practice of extended, usually unpaid overtime in lead-up to a game’s release or before deadlines?

Sergey Gimelreikh, game designer and co-founder of an educational project about game development:

I have definitely encountered such treatment. It’s far from the norm, at least in such a severe form and not in many studios. It’s a good thing that these cases are getting exposure; the gaming industry is based on creativity, and positive, humane treatment of your employees is the key to establishing a comfortable, creative environment.

Situations such as this are more an exception than a rule. The job market in game development, and IT as a whole, caters to the employee, not the employer. And for high-level companies, such internal policies are an unaffordable luxury. Any product you put out on the market is the fruit of the labor of an entire team, not one individual, and if you treat your employees without respect, you won’t have a team; and without a team, there’s no product.

For indie developers such as me and my friends, who create and publish their work by themselves, crunching is not only a permanent activity; it’s something we enjoy. Sometimes you just can’t stop working, even to the point where your hair goes grey and your nails fall off, and that’s not a metaphor. Game development is a creative process, and if Atomic Heart’s developers felt passion and love towards their work, crunching wouldn’t have been an issue for them.

How likely it is that Russia will begin to produce truly successful AAA projects? After all, our developers are quite successful in the mobile market. What’s stopping us from doing more projects like Atomic Heart?

Eduard Aleksandrov, tutor at the ‘Game Development Technologies’ Master’s program and a game developer with 10 years of experience:

It’s likely, but not very. The problem is systematic because, in order to make our own AAA games, we need studios with experience, we need investments, community collaboration, IPs. Building everything from the ground up would require a great deal of time and effort. Outsourcing and working with existing IPs is easier and more profitable; Russia has quite a few successful AA projects of that kind.

Sergey Gimelreikh, game designer and co-founder of an educational project about game development:

We need to keep in mind that game development budgets in our country are very modest; it’s not even one-tenth of what a typical AAA title costs. It might be because the investors are wary of long-term investments or they just prefer “fast” money. You’d need years to establish a studio capable of producing well-made AAA games, and even then there’s a chance that their first project won’t take off. I believe that, in time, major studios that are currently doing well on the mobile market will try their hand at other platforms. Perhaps one day we’ll start seeing major titles from Russian developers, but that’s not going to happen in the next couple of years.

How (and where) should young specialists look for work? Among their peers, via job-hunting websites, or by keeping watch on their favorite developers?

All of these options are good. Just don’t attack whatever company you’d like to work for from all directions. Choose a goal and work on it. Don’t respond to every single offer and say: “I’m responding to your testing specialist position because it’s the easiest way in. I’d like to develop further as a programmer or game designer” in your application.

It’s always nice to get emails on the address we provide on the job offers page of our website. It helps show that you’re interested in our company in particular and that you took the time to find us instead of going through an intermediary.

Keep an eye out for internships, which are a great way to get a job even if you don’t have any experience.

If you’re already an established specialist of any kind (programmer, CG artist, modeler, etc.), it’s easier to look for work using the relevant online communities. Put your work on GitHub and ArtStation, socialize with your colleagues, monitor the job offers posted on game companies’ websites. And if you’re dying to get into the industry, but have no experience, it’s best to start out doing internships or taking on positions that require only common sense and a will to learn: testing, community engagement, technical support. Nearly every developer has an internship position that would let you “sink your hooks in”, and the rest depends on you.

Friends are a good thing to have because they almost always mean a guaranteed recommendation when applying for a job, but in the end, it all depends on the employer’s interests. If you just want a job to put your foot in the door, then any method will do; there’s no lack of job openings today. If you’d like to choose, there’s plenty of tools at your disposal: from Telegram communities (https://t.me/gamedevjob and https://t.me/devjobs), communities on social media and LinkedIn to company websites and industry events.

What should you avoid? What are the signs of an employer you shouldn’t waste time and effort on?

At job interviews, ask questions about how you’ll be involved in the work process, how tasks are set and how they’re monitored, and what are the conditions of your probationary period. If your immediate higher-up is present, try to gauge how comfortable you’ll feel working with them. Pay attention to your feelings; after all, you’ll end up spending most of the day with these people.

Definitely avoid the places that offer you a percentage of sales instead of a fixed salary. If you’d like to work as part of a team, look for colleagues among your acquaintances. Game-making is a fairly intimate process, and working with those who don’t understand you or don’t share your values is going to be problematic.

How do you find your place in a team and realize what you want to work on?

This is one of the hardest questions every developer faces as they grow. In most companies, your responsibilities are defined in terms of processes and your job title. It’s important to remember that authority isn’t just about giving orders, but also being responsible for the results, valuing your coworkers’ feedback and knowing how to compromise.

This can only be answered experimentally. Some will know the answer when they’re just learning, some will need months of working before they understand. Instead of getting a new job every three months, just try and make your own game from start to finish. Thankfully there are plenty of tools and tutorials out there these days. In the process, you’ll come to know what you like most and what you just can’t stand. The one downside to this method is that you’re not going to get any teamwork skills out of it.

I would advise everyone to start off as an indie developer: it can be a great source of passive income if you’ve got the self-control for it. You’ll still be able to join a company later (and you’ll already have something in your portfolio, to boot), but creativity and vigor go away with age. Besides, I think that many people interested in game development imagine some kind of sex-drugs-and-rock’n’roll lifestyle. That’s definitely not the case if you’re in a team. But if you’re self-employed and make your own product? It just might be.