During these meetings, scientists from ITMO University and their colleagues from all over the world will discuss cutting-edge scientific projects from various fields of studies. Vladimir Nikiforov, Vice Rector for Research at ITMO University, will moderate the events. Find out more in this ITMO.NEWS article. 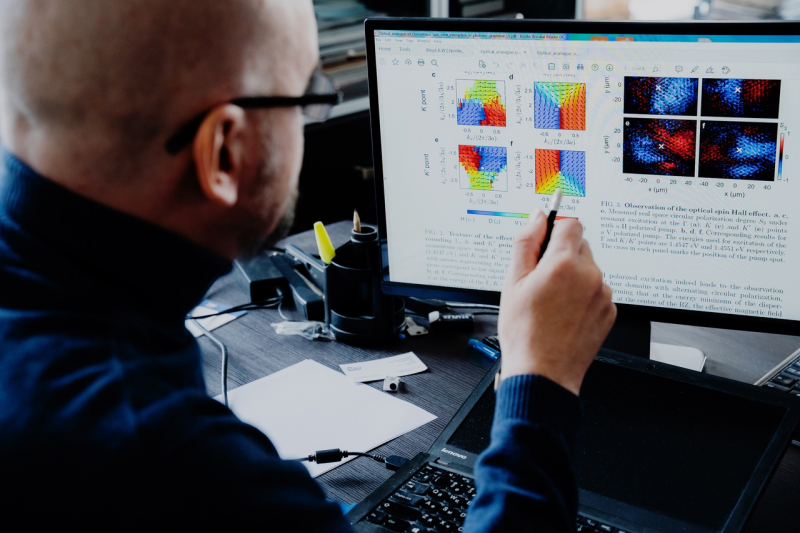 Today, scientists have many opportunities to discuss their work and share their research with a wide audience. However, it’s not always possible for them to meet their colleagues and to discuss results of their research. Scientific articles can’t substitute real-life communication, which allows everyone to ask questions and exchange opinions, whereas conferences follow a strict schedule, so most of the discussion happens behind the scenes.

“These will be open discussions on scientific topics rather than lectures. That means informal communication without a dress code, where people can ask questions during presentations,” says Vladimir Nikiforov.

“The ITMO Open Science conferences have shown us that researchers feel the lack of elaborate scientific discussions with colleagues from their or any other faculty,” says Alexey Slobozhanyuk, research associate at ITMO University’s Faculty of Physics and Engineering. “Our meetup series is one of the ways to fix that. Thanks to it, our colleagues from various research teams, laboratories, and faculties can meet and thoroughly discuss this or that scientific problem in all of its complexity and get to the bottom of it.”

The meetings are open to a wide audience – any researcher interested in ITMO University’s scientific activities is welcome to join the discussion, ask questions, and get answers.

From photonics to Art & Science

The meetings will take place once a month. Each will cover a certain problem that scientists from ITMO University are currently engaged in. For now, the meetups will take place on Zoom, but organizers plan to hold them in a mixed format in the future: a speaker and guests will meet at one of ITMO Univesity’s coworking spaces, but others will be able to watch the live stream online.

“We want participants to speak about just one or two projects per meeting rather than 10-15, so that there would be enough time to discuss their scientific aspect,” emphasizes Alexey Slobozhanyuk. “At first, we will give an introductory presentation for the wide audience, and then our discussion will become more and more specific. It’s important that our colleagues from different faculties and external partners join us, too.”

According to the organizers, that’s what will make these meetings not only a place for exchange of opinions, but also for interdisciplinary collaboration between scientists from different fields. The topics are only limited by ITMO University’s fields of research. It can be anything, from physics to chemistry and biology, and from programming and management systems to Art & Science. There is a possibility that, in the future, some of the seminars will be conducted in English to allow international researchers to take part in the discussion.

“Anyone can participate in the seminars as a speaker,” explains Anna Gorodnichaya, an employee of the International Research Office. “In order to do that, one should send a free-form application to the organizers’ email and include their name, the topic of their presentation, and a short abstract. All the applications will be evaluated and, if possible, included into the program. The only rule is that each meetup’s topic shouldn’t belong to the same field as the previous one.”

The first meeting, which attracted more than 50 participants from various scientific departments of ITMO University, took place on November 18. In his opening speech, Vladimir Nikiforov reminded everyone about the social value of science and fundamental science in particular.

“I’d like to say a couple of words in defence of science, especially of the fundamental kind,” he said. “I feel like I have to do this because you often hear people joking about scientists who ‘satisfy their curiosity at government’s expense’. Although it might be a funny joke, it’s not very fair to say so, especially during the pandemic. Everyone knows that if scientists will be able to create an efficient vaccine, the course of events will change in one way, and if not – in another. Basically, everything depends on science, just like it often did in the past. The future of the world overall depends on scientists.”

Andrey Bogdanov, an associate professor at ITMO University’s Faculty of Physics and Engineering, was the guest at the first meeting. He presented a paper on dielectric nanoantennas for light routing in optical chips.

“Light is electromagnetic waves and they usually propagate in the air or other dielectric media – we all know how flashlight or laser beams look like,” explained Andrey Bogdanov. “But it’s not the only form that photons can take. Light can also propagate in waveguides or optical fiber. Electromagnetic waves can also propagate along some surfaces, such as metals. This phenomenon is called surface waves. They can be localized near the surface on a scale of several dozens of nanometers. As surface waves, photons can get into the tiniest gaps the size of less than that of light’s wavelength.”

This property of surface waves is very important because it can be used to direct light in optical chips and computers of the future. However, it’s not as easy to create these waves. If you simply point a laser at a flat surface, they won’t appear. In order to produce them, scientists use defects on metal surfaces – tiny cavities or diffraction gratings.

With one problem solved, another one appears: how do you control the direction of light particles that propagate on the metal surface? Scientists suggest using nanoantennas made from semiconductors. These antennas have a resonant optical response in the visible and infrared ranges. It allows them to manage the movement of surface waves.

“We have shown that it’s possible to accomplish,” said Andrey Bogdanov. “First, we came up with a model, then we created silicon nanoantennas and placed them on golden substrates. We proved that it’s possible to create a surface wave and direct it anywhere by choosing the right polarization and length of the incident wave. A big team of theoretical scientists, technologists, and experimental researchers is behind this effort. We ended up with great results.”

The next meeting is set to take place in mid-December