Researchers from Far Eastern Federal University and ITMO University optimized earlier produced gold nanoparticles in such a way that they control the wavelength of light in an optimal manner. The research can be used for creating cheap and high-precision gas analysers. The article was published in Applied Physics Letters. 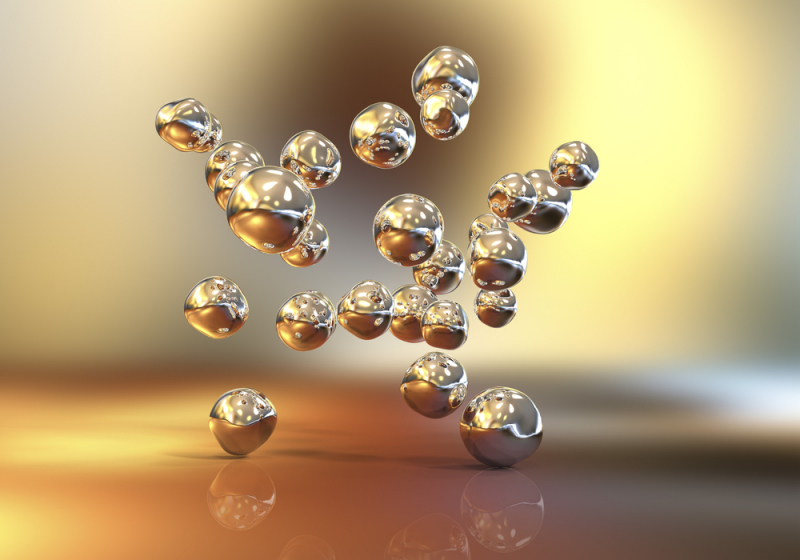 The work of scientists who focus on a specific topic does not end with discovering some new material, molecule, or a way to produce them. After the sensational presentation of a novelty, there comes a time for tedious and labor-intensive work on its optimization, improvement, and adaptation to the demands of our daily lives.

“When someone wants to create a nanostructure array, they usually make use of electron-beam lithography,” says Aleksandr Kuchmizhak, researcher at Far Eastern Federal University’s School of Engineering, “and this is an expensive multistage process. That’s why several years ago, we proposed a method for creating such nanostructures by directly irradiating the material with pulsed laser light. We use a thin gold film on a glass substrate and focused femtosecond laser pulses. Thanks to the high intensity of the pulse and the extreme rate of heating, a small section of the film of several hundred nanometers in size turns into liquid and, as a result of hydrodynamic and acoustic processes, locally detaches   from the substrate. By controlling the laser pulse intensity , we control the time that the metal spends in this liquid state, and the shape in which it will solidify. This is how nanobumps are created, hemispheric protrusions on the surface of a smooth gold film, that can be produced extremely quickly, at ten millions of them in a single second.”

Search for an ideal form

It is possible to generate a second harmonic on nanobumps, thus changing the wavelength of light that falls on them. By touching the surface, photons combine to shape new photons with twice the energy and half the wavelength. This way, if you light the nanoparticles with a red laser, it is a green light that they reflect. Then again, producing such nanoparticles and their arrays is only half the trouble. After that, scientists have to find the optimal size, shape and position in relation to each other so that the process of changing the wavelength will take place in an optimal manner, being advantageous in comparison with other similar technologies.

This work was conducted jointly by scientists of ITMO’s Faculty of Physics and Engineering and their colleagues from Far Eastern Federal University. They developed mathematical models in search for the optimal shape and size of nanobumps for controlling the wavelength of reflected light. Then, having theoretically identified the best option, they conducted a series of experiments to prove their conclusions.

“We created nanobumps of various sizes,” says Artem Cherepakhin, an ITMO graduate and engineer at Far Eastern Federal University, “we grouped them into different arrays and positioned them at various distances from each other. In the end, we identified the optimal shape of a single bump that offers an output of the second harmonic at 14 times higher than the one we get from light simply falling on a gold even film. Some time later, we found the ideal position of bumps on a surface, getting an output of 110 times higher than the one from light falling on an gold even film.”

How can this be applied?

The surface that can interact with the light that falls on it in such an effective way can be very useful for various sensors and analyzers that identify the chemical composition of substances.

“As a surface with such nanostructures is very sensitive to any changes in the environment,” explains one of the article’s co-authors, Sergey Makarov, the head of ITMO’s Laboratory of Hybrid Nanophotonics and Optoelectronics, “it is very tempting to apply them in systems where we can register changes in the harmonic’s output depending on which molecules are above this surface. This means that the interaction with light changes depending on the composition of the substance which is currently on this surface. This can be used in gas analysers and sensors that identify the concentration of solutions.”

The scientists also believe that such surfaces can be used for recording information; what’s more, in theory, nanobumps can be made not only from gold but from other metals, as well.

“These nanobumps can be used to create encrypted messages on the surface of metal films, ones that can only be seen under particular conditions and lighting,” comments Artem Cherepakhin.

In the future, ITMO University and Far Eastern Federal University plan to continue their work on optimizing golden hemispheres for their practical application.