Yaroslav Kuzminov, Rector of the Higher School of Economics, has recently met Vladimir Putin to report the results of Project 5−100. As a representative of the Global Universities association, he also brought up the proposition to prolong the project until 2025. 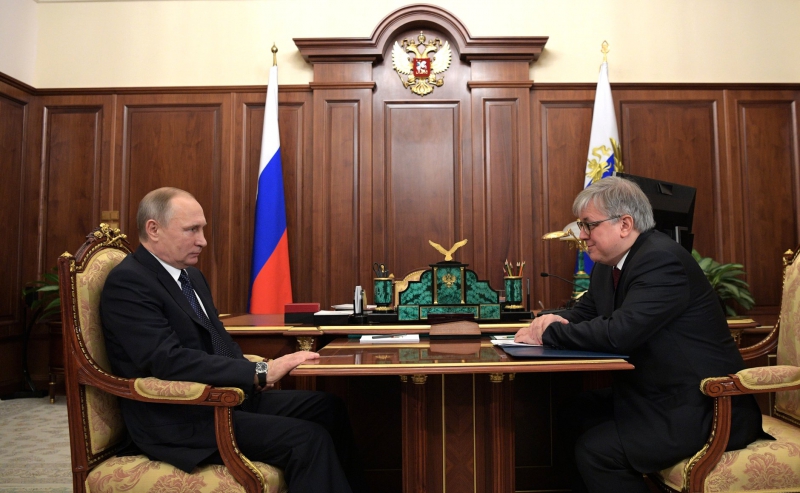 Yaroslav Kuzminov also noted that Russia's experience of actualizing a program aimed at increasing its universities' competitiveness is not unique — there were and are similar programs in China and other countries, yet, it is quite different from similar initiatives — Russian universities achieved the same results as Chinese ones in a lot less time and at less expense. What is more, they've already made great groundwork for the future, adds Higher School of Economics' rector. According to the forecasts, the presence of Russian universities in international ratings can be increased even further, as there already are four more universities that have almost made it to top-100.

Yaroslav Kuzminov explained to Vladimir Putin, which indicators contributed to the recent progress. For instance, that was a significant increase in the number of international publications by the universities that are part of the Global Universities association. According to the statistics, members of this association now make 39% of all Russian publications in natural and engineering sciences and 68% - in social sciences and humanities. They've also succeeded in solving the "brain drain" problem: according to the latest data, the number of foreign scientists that came to work with Project's 5−100 leaders was more that the number of specialists who left for foreign scientific and educational centers. Vladimir Putin marked the increase in the number of students who get education online, and congratulated Mr. Yaroslavtsev with great results.

We'd like to remind you that in 2016, ITMO University has entered the Times Higher Education rating for the first time, taking 56th position in the Computer Science subject rating, and 26th position in the regional subrating THE BRICS&EE. If you’re interested in learning more of the university’s achievements in the previous year, you can read it here.