Popularization Committee of the Russian Academy of Sciences: Fighting Pseudoscience with Science-Pop

Convening in autumn this year, a session of the executive committee of the Russian Academy of Sciences (RAS) announced the creation of the Popularization Committee, a new and important player in Russia's science popularization field. Its functions include controlling the quality of articles being published, combating scientific shams, and organizing new science-pop events and formats; and these are just some of the seven areas the RAS identified for the new committee’ scope of work. Alexandra Borissova, a senior lecturer at ITMO University’s Science Communication and Outreach Office and president of the Association for Communication in Education and Science (AKSON), became a member of the RAS Committee. Read on to learn more. 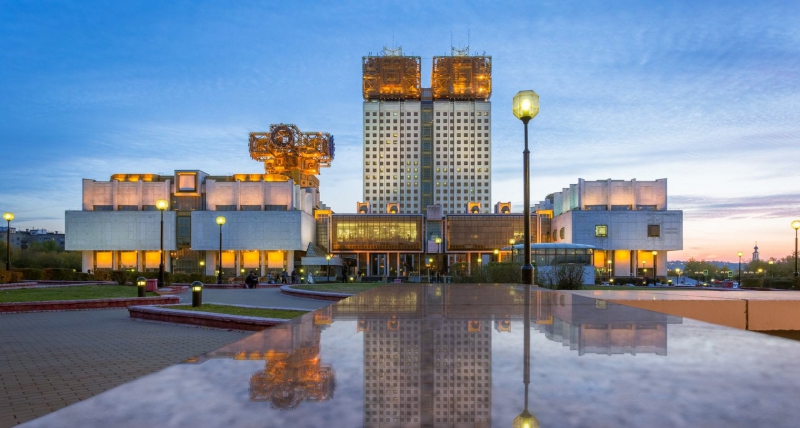 As stated by the RAS vice-president Alexey Khokhlov during the session of the Executive Committee of the RAS that took place on September 18, 2018, the Academy sees a large scope of work in the science popularization field. This includes performing expert, methodological, organizational, publishing and technical tasks, launching and overseeing contests, and supporting existing, as well as creating new, RAS awards for the best works and achievements in promoting science.

One part of these newly-established expert activities would be evaluating the scientific foundation of science-pop projects such as books, lectures, publications, films, and event concepts, both ones that are only in the making or have already been implemented. Methodological activities imply the development and distribution of materials on Russian scientists’ latest findings, from extracts and presentations to the more innovative formats of illustrations and short video clips.

As part of its organizational activities, the Committee will launch events at the venues allocated by the Academy and its partners; it also plans on interacting with the scientific news media for marketing purposes and with other stakeholders to collaborate on future projects and short-term scientific schools for lecturers, among others. The Committee also intends to set up contests on creating various science-pop media such as video, internet resources, lectures, books, and articles, as well as publishing RAS’s scientific journals with the involvement of Russia’s leading science popularizers. In all of this, it will be helped by the RAS, which will provide the Committee with the necessary equipment and assist it in publishing and promoting its science-pop and technical content.

“What we expect from the Committee members are suggestions on how the RAS can further contribute to the science popularization field. We are more than willing to support all scientific community’s initiatives in this direction. We also count on members to come up with projects that they themselves find interesting. The majority of such work will be done online; face-to-face sessions of the Popularization Committee are to be hosted once a year,” explained vice-president of the RAS Alexey Khokhlov.

Joining the Committee from the get-go were over 50 people, including corresponding members and professors of the Russian Academy of Sciences, top scientists and science journalists, and prominent science communicators such as Alexandra Borissova (a senior lecturer at ITMO University’s Science Communication and Outreach Office), Olga Orlova, Egor Zadereev (one of the lecturers of ITMO University’s online course on Science Communication), Sergey Popov, Stanislav Drobyshevsky, Alexander Markov (all three are awardees of the Ministry of Science and Higher Education-bestowed prize ‘For Commitment to Science’), and others; the full membership list is available here. They will convene at regular online and in-person meetings to discuss all issues of science popularization, occasionally joined by invited experts from stakeholder organizations, state bodies, leading research centers, as well as the RAS itself.

“Now is a bit early to speak about the concrete program for the Committee’s work, first and foremost because the work is just beginning. But this is undoubtedly a useful and very important platform for the development of the science communication cause. The RAS is the powerhouse of the contemporary Russian science, but its science communication efforts leave much to be desired. As a lecturer at ITMO’s Master’s program in Science Communication, I hope to see more of our graduates join the leading institutes of the RAS; as the president of AKSON, I’m overjoyed to have the opportunity to meet practicing communicators and tell them about the networking and educational opportunities out there, including ITMO University’s MOOC on Science Communication,” commented Alexandra Borissova.

Popularization Committee’s objectives for next year

Creating the Popularization Committee wasn’t the RAS’s first foray in the field. Even before that, the Academy scientists gave science-pop lectures to the wider public, and the organization has long published a wide range of science-pop magazines such as Nature, Earth and Universe, Human, and Energy: Economics, Technology, Ecology. The RAS also gives awards for accomplished science communicators. Launched in 1995, for example, was the award for the best works in science popularization; since then, it has been given out on a yearly basis, last time in 2016. Another award, the RAS golden medal for outstanding achievements in the field of promotion of science, was established in 2012. It is accorded once in five years, with past laureates including a distinguished physicist Sergey Kapitsa and mathematician Nikolay Andreev. The Russian Academy of Sciences also has a long-standing Pseudoscience Control Committee, which was founded in 1998 at the initiative of an eminent Academy professor Vitaly Ginzburg.