Launched in October, the Liudi Nauki (“People of Science” – Ed.) website helps regular citizens participate in research – and scientists to find volunteers for their projects. The website has already over 40 different offers for volunteers. Learn more about the project and its mission in this ITMO.NEWS article. 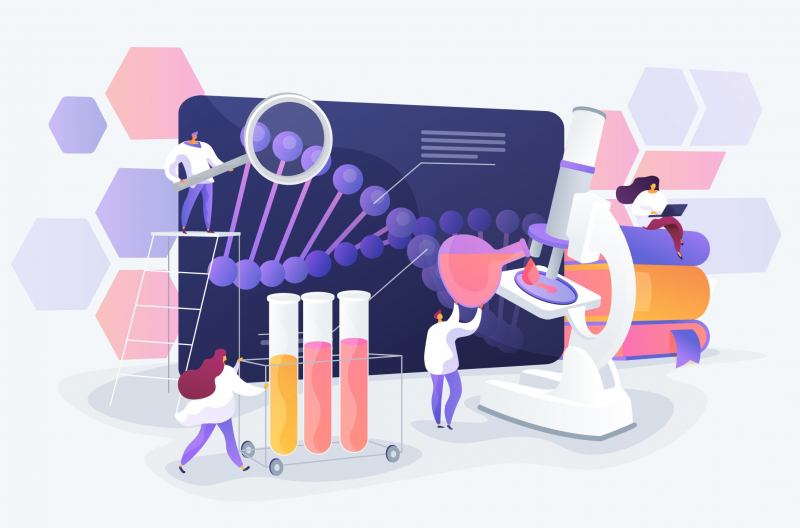 Scientists give people answers to many questions: what planets are made of, how to defeat diseases, and why we dream at night. But sometimes they need our help – especially when they are bombarded with loads of routine work that even 10 or 20 researchers couldn’t handle on their own. They can’t seek relief in AI, either, because first, it would need to be trained using data – and that could be a whole lot of work, too.

This is when the so-called civil scientists – research volunteers ready to help in collecting or processing information – come to the rescue. Let’s imagine that ten scientists have to analyze 50,000 photographs; each of them would have to look through 5,000 images. But if there are 1,000 volunteers, then each would only need to check 50 images.

“Citizen science is highly developed abroad,” says Yana Plekhovich, a graduate of the Science Communication program and an employee of the People of Science project. “Governments, academic institutions, and various foundations support this field and it receives good investments. Research projects that involve volunteers receive good media coverage, generate a lot of interest from foundations and receive government support. Besides, it helps to attract more people to science.”

Citizen science became especially relevant in 2020. Due to the pandemic, many people around the world had to deal with the stress of self-isolation and kept themselves busy by volunteering for research projects.

Volunteers are looking for projects, scientists – for volunteers

Until recently, there were no services in Russia to help scientists and volunteers could find each other. That’s why those wishing to help researchers had to use other, international outlets. In 2020, the Russian Association for Science Communication (AKSON), which has been developing citizen science in Russia for several years now, decided to create a project that would help researchers and their potential assistants find each other.

“In 2020, the AKSON team applied for a presidential grant and received support to promote and develop citizen science in Russia and create the necessary infrastructure for it,” explains Yana Plekhovich. “On the People of Science website, volunteers can easily find research projects to participate in and scientists can share their projects and look for helpers.”

Launched in October, the website now offers about 50 projects in various fields: archaeology, philology, physics, and medicine. There are no restrictions on subject areas and scientists from any field can use this free platform to search for volunteers.

ITMO University has been the project’s partner since its launch. One of the platform’s creators was Alexandra Borissova, an analyst at ITMO’s Science Communication Center, and Daria Denisova, the Center’s head, became a member of the expert council.

Scientists who have already worked with volunteers and know what they can assign to them in their research projects can simply register on the website and post a request for assistance. The People of Science team is glad to help those who have never had such experience or are still figuring out what their project will be.

“If scientists don’t know how to organize their joint work, experience difficulties with writing guidelines and interacting with volunteers, they can find our contact info on the website. We are happy to help them in any format: online meetings, emails, or chat,” says Yana Plekhovich. “Our website also has methodological materials for creating projects from scratch. They are full of the handiest practices, supplemented and adapted for Russian scientists.”

Volunteers simply need to register on the website and choose a project they would like to join. Updates on new projects can be found on the service’s social media pages. Projects involve different forms of participation: some require physical help for archaeological digs, others are for those who want to participate in psychological or medical experiments or want to collect data or analyze photographs.

“For example, our new project with the Russian Geographical Society needs volunteers who will submit data on the formation and dynamics of snow and ice cover to the website of the Phenological Network,” explains Yana Plekhovich.

Researchers who want to contribute to projects can offer their help by writing to any project’s creators using contact info found in its description.

The project focuses not only on finding volunteers: it also helps scientists promote their research with the help of the project’s many media partners and, potentially, launch joint citizen science projects with the People of Science team.

“It’s a non-profit project that helps scientists save time and distribute the intellectual workload,” says Yana Plekhovich. “We have experience in organizing projects and understand the infosphere and prospects. However, it’s not always enough for such projects. That’s why we are trying to attract large companies that could financially support citizen science projects. For example, after our talk at Science Barcamp, a scientist contacted us and proposed the idea of ​​a large-scale water research project. Together with the authors, we applied for a grant from SIBUR and should receive an answer in late December. Partner assistance is important not only for launching new projects but also for developing infrastructure. We have big plans for modifying the platform so that it would give scientists more opportunities to promote their research.”

The project plans to promote the idea of citizen science, cooperate with volunteer organizations, and involve their members in research.

“The latest data shows that there are 2 million volunteers in Russia. Many don’t know that they can be involved not only in business, sports, and charity events but also in science. We want people to try their hand at citizen science and are currently holding negotiations with representatives of charitable organizations on considering participation in citizen science a volunteering activity,” explains Yana Plekhovich.

One of the first organizations to post its projects on the website was the Ladoga Ornithological Station, located in the Nizhnesvirsky Nature Reserve. According to Anna Ufimtseva, an employee at the reserve, the new platform can help popularize citizen science in Russia. The reserve invites volunteers to join the bird ringing projects at the station.

“Not all scientists in our country accept the idea that people of other interests and backgrounds can contribute to science,” comments Anna Ufimtseva. “But European countries have proved that this practice can be applied in ornithology. For instance, birdwatchers are asked to observe the bird population and update databases. Now, we can hardly imagine our work at the station without volunteers. That’s why we are especially interested in high-quality online platforms for interacting with potential assistants. We enjoyed the project and hope that it will show its effectiveness.”

Another project found on the website is called Flora of Russia and it is dedicated to the plant life of various Russian regions. As noted by Alexey Seregin, a leading research associate at Lomonosov Moscow State University, many Russian research groups try to attract volunteers, but many cannot do that using their own resources. And that’s what made the service’s launch so timely.

“Now, it’s easy to check where we need the help of volunteers. I think that any project head will be glad to publish their information on yet another platform. In my experience, it took about five minutes to post my project,” he says. “The essence of our project is that participants from all around the country use an app or the iNaturalist website to photograph plants that grow around them and upload these photos. A team of experts monitor and assess the new observations. In just two years, we collected almost a million observations on the Russian flora.”

According to Alexander Chernokulsky, a climate scientist at the A.M. Obukhov Institute of Atmospheric Physics of Russian Academy of Sciences and member of People of Science’s expert council, volunteers can be of use in many types of research. For example, they can make observations where there are no research stations.

“For example, I work in meteorology, and in the case of statistics on weather hazards, having volunteers who monitor what’s happening, photograph it, and send this data to scientists is very important. But oftentimes, people just don’t know about this opportunity to help science, therefore the emergence of a new platform is a very good thing. Of course, it’s of the essence for the work of citizen scientists to be well-organized so that it wouldn’t turn into observations for the sake of observations. Then again, this is what we have an expert council for,” notes the expert.