1869 is considered to be the year of discovery of the Periodic System by the Russian scientist Dmitri Mendeleev. To commemorate the 150th anniversary of this important milestone, the General Assembly of the United Nations proclaimed 2019 the International Year of the Periodic Table of Chemical Elements (IYPT 2019). The opening ceremony was hosted in UNESCO headquarters in Paris on January 29. It kick-started the year abounding with large-scale scientific events such as the key 4th International Conference on the Periodic Table, which is to be held at ITMO University in July 2019. 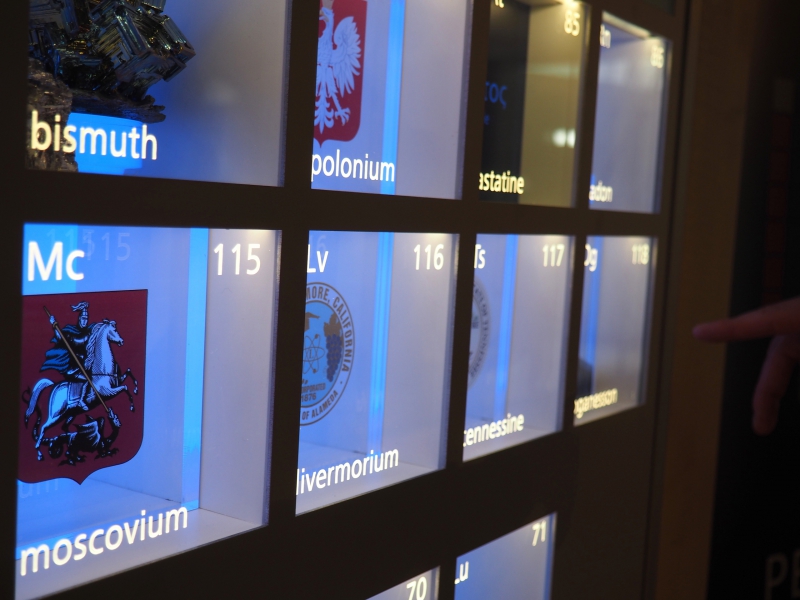 The opening of the International Year of the Periodic Table of Chemical Elements in Paris. Credit: jinr.ru

Participants of the IYPT 2019 opening ceremony included UNESCO’s Director-General Audrey Azoulay, Minister of Science and Higher Education of the Russian Federation Mikhail Kotyukov, President of the Russian Academy of Sciences Alexander Sergeev, Director-General for Research and Innovation at the Ministry for Higher Education and Research of France Alain Beretz and other notables from a wide range of eminent research, educational and social institutions from over 80 countries. Representing ITMO University at the event were Mikhail Kurushkin, an associate professor at the Research and Educational Center of Chemical Engineering and Biotechnology, and Maria Mikhailenko, a student at the ChemBio Cluster.

Taking the floor on the day, Pierre Corvol, President of French Academy of Sciences, and Natalia Tarasova, former President of the International Union of Pure and Applied Chemistry, highlighted the importance of the discovery of Periodic Law, calling it one of the greatest scientific achievements in the history of humankind. In their presentations, they also reminded the guests of the history of the Table’s creation, as well as of Dmitri Mendeleev’s immense contribution to the development of science at large.

“Dmitri Mendeleev was the first to perceive the periodic patterns behind chemical elements, which in its turn led to many important discoveries such as that the chemical behaviors of elements depend on their atomic structure, their combination of protons, neutrons and electrons. Mendeleev was the first to arrange elements as per the increase of their atomic size, in a table which demonstrates that chemical properties repeat themselves periodically. He was also the first to predict both the existence and the properties of elements that were at that time unknown, such as scandium, gallium and others,” observed Natalia Tarasova.

Mikhail Kotyukov, Minister of Science and Higher Education of the Russian Federation, noted that Dmitri Mendeleev’s seminal works opened up new opportunities for the development of fundamental science, whilst also leaving a colossal impact on all natural science fields, and through them on economics. He stressed out that the development of new technologies is one of the biggest priorities for Russia.

“We are especially proud that the classical table has been expanded with new elements named with a nod to Russia: moscovium, dubnium, oganesson, mendelevium. Fostering the development of new technologies, modern chemical substances and compounds included, has been and is one of our most crucial national objectives. We are glad that Russia’s initiative to proclaim 2019 the Year of the Periodic Table of Chemical Elements found support in the whole of the international scientific community,” said Mikhail Kotyukov.

Director-General of UNESCO Audrey Azoulay addressed the importance of building bridges between the scientific community and different social and political institutions.

“In his world-famous oeuvres, Dmitri Mendeleev made the case for the scientists to be free in their research. That is why, opening the International Year of the Periodic Table of Chemical Elements, we take the stand that the scientific community, social organizations and politicians should have the opportunity to cooperate and build a constructive dialog on all aspects of the development of our society,” emphasized Audrey Azoulay.

She also spoke about the numerous events that are to take place that year, with many of them dedicated to socially significant topics such as the role of women in research, the education of children, and others. According to Audrey Azoulay, all these initiatives are united by a common, universal goal of not only promoting science and education, but, ultimately, of laying a foundation for the future society operating on principles of peace, freedom, sustainable development, and respect for each and everyone.

The opening ceremony was accompanied by a larger program that included lectures by Nobel laureates, as well as talks by the up-and-coming researchers. Among the speakers were world-renowned scientists such as Prof. Ben Feringa, 2016 Nobel Laureate in Chemistry, Sir Martyn Poliakoff, Vice-President of the Royal Society of London and author of The Periodic Table of Videos, Prof. Yuri Oganessian, a prominent nuclear physicist who gave his name to oganesson, the 118th element of the Periodic Table, and other representatives of the international scientific community.

Apart from lectures, the participants attended an interactive exhibition dedicated to chemistry and its latest developments. Also hosted in UNESCO’s headquarters, the display is divided into separate clusters. The history cluster presents a chemical laboratory typical of the 19th century, with the first editions of the Periodic Tables and a special area allowing science enthusiasts to take a selfie with its author Dmitri Mendeleev. The space and new elements cluster explores the genesis of chemical elements in the Universe and the creation of synthesized elements. It also includes an information booth of the Joint Institute for Nuclear Research located in Dubna, Moscow Oblast. Four of the new Periodic Table additions (number 105 dubnium, number 114 flerovium, number 115 moscovium and number 118 oganesson) were named in recognition of the accomplishments of scientists working in the Institute.

Timed to the Russian Day of Science and Dmitri Mendeleev’s birthday anniversary, the Russian ceremony marking the start of the International Year of the Periodic Table of Chemical Elements will be held on February 6, 2019, in the Presidium of the Russian Academy of Sciences building in Moscow.

Mikhail Kurushkin, initiator, organizer and chairman of the conference and Associate Professor at ITMO’s Research and Educational Center of Chemical Engineering and Biotechnology, notes that the previous conference of a similar scope and scale was held in Vatican as far back as in 1969, while the next one will take place no earlier than 2069. The landmark 2019 conference’s organizing committee includes world-famous scientists such as Eric Scerri, Professor of Chemistry at the University of California in Los Angeles, and Philip Stewart, Professor Emeritus at the University of Oxford, science popularizer, author of Chemical Galaxy: Rebuilding the Periodic Table, and recognized expert on alternative representations of the Periodic System.

Among the main topics to be discussed at the conference are the legacy of Mendeleev’s Periodic Table, the opportunities for its expansion and the limits thereof, alternative versions of the Period System, its educational potential, and many others.