Isaac Kalina, a minister in the Government of Moscow and head of the latter’s Department for Education and Science, and ITMO University rector Vladimir Vasilyev have signed a road map on the implementation of the project “IT classes in Moscow schools”. Earlier, the initiative was put forward by the mayor of Moscow Sergey Sobyanin. The classes, which aim to introduce school students to modern information technologies, are to be launched starting from September 1, 2019. 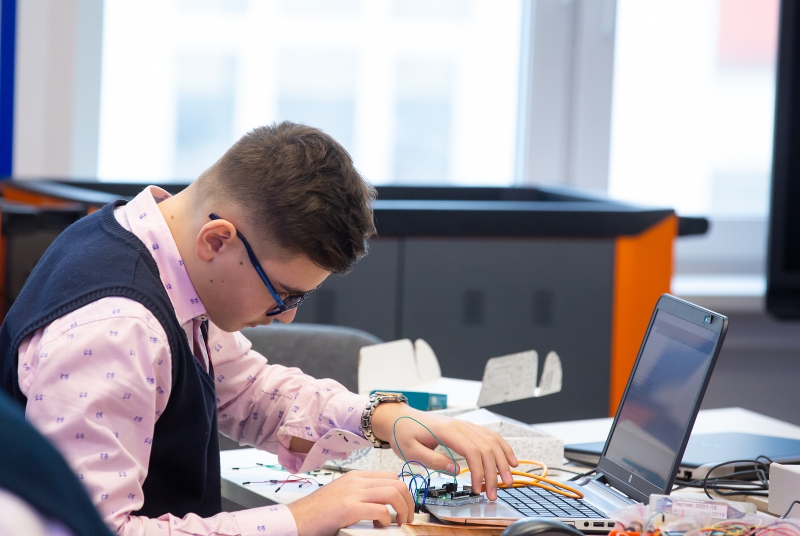 Credit: The Government of Moscow's Department for Education and Science

Stepping in as main partners of the project and the developers of the classes' syllabi are Yandex, the Software Developer Association “Domestic Software” and ITMO University. In this, they are supported by eminent higher education institutions such as Bauman Moscow State Technical University, Moscow Institute of Physics and Technology, Higher School of Economics, and Moscow Polytechnic University.

The aim of the proposed IT classes is to offer school students advanced instruction in modern information technologies. Their comprehensive two-year program covers the foundations of the architecture and development of information systems, artificial intelligence, tools for social media analysis and protection of information complexes, cryptography methods and other related topics.

The road map for the “IT classes” project spells out that the Department for Education and Science of the Government of Moscow and ITMO University will spearhead the development of the new school syllabi for computer science and technology, organize joint events for training high school students in the field of IT, and encourage students to pursue a career in IT. Other plans include creating and updating the syllabi, working programs and learning materials, and integrating these into the library of the Moscow Electronic School project.

According to the initiators of the “IT classes” project, this training will help soon-to-be graduates make an informed choice of their future career and obtain high-quality preprofessional knowledge necessary for successful studies at leading universities specializing in this field. As noted by the mayor of Moscow Sergey Sobyanin, it is this kind of education that is gradually becoming the golden standard for training students in the schools of the Russian capital.

“Our city’s schools are already offering dozens of additional instruction classes in various fields, from medicine and engineering to military and academia. Today, we made a decision to move on to the next important step, that of introducing advanced classes which will provide students with preprofessional training in the field of information technologies. The necessity of this decision is glaringly obvious. Moscow is one of the world’s biggest digital economy powerhouses. Our companies create a massive demand for IT specialists. But this professional path is also massively popular among school students,” comments Sergey Sobyanin.

Moscow schools are now actively applying to participate in the project. After the application process closes, the Department for Education and Science will choose the candidates to host the first IT classes, which are to start in the new academic year, i.e. this fall.

“This is a great example of effective interaction between schools, universities and businesses. We all understand that learning today’s phenomena is not enough. Schools have to provide students with the opportunity to obtain a key skill set for solving the challenges of tomorrow. And it is most commendable that the links I spoke about are being created all over Russia. For example, ITMO University cooperates with a leading information security company InfoWatch, with the latter’s laboratory working on our premises, as well as with many other companies in the field of IT. We are always happy to share our and our partners’ experience with school students,” notes ITMO University rector Vladimir Vasilyev.

It is planned that in the future the learning, testing and assessment materials developed as part of the “IT classes” project will provide a benchmark for dividing regular computer science classes on basic (user) and advanced (professional) level.