Maria Garets, a student at the Department of Intelligent Technologies in Humanities at ITMO University, spent her winter semester at Eurecom, a graduate school and research centre in communication systems established by one of the top French universities, Telecom ParisTech. Eurecom is located at the heart of Sophia Antipolis, Europe’s largest technopark, a hotbed for internships and job opportunities. ITMO.NEWS asked Maria about her experience of studying in France. 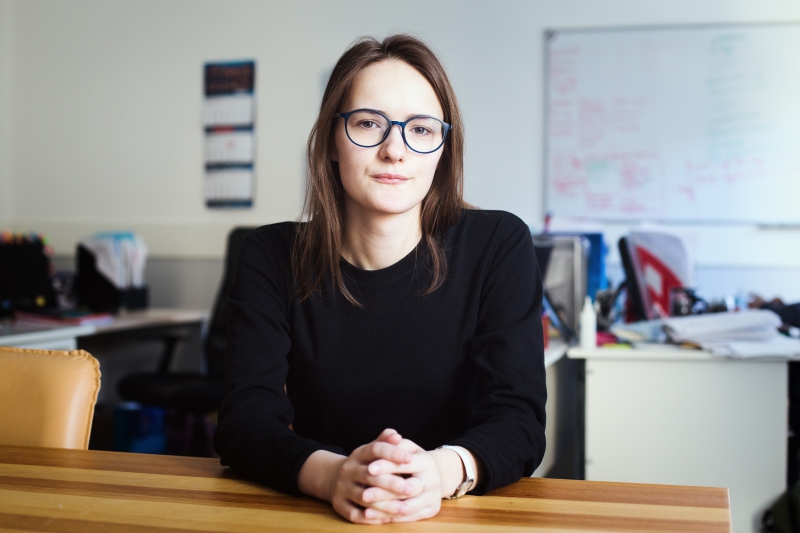 A friend of mine from the International Educational Programs Department told me about this opportunity and I decided to give it a try. I spent the whole winter semester in France, from late September to mid-February.

I could choose the program I wanted, so I took the classes similar to what I had been taking at ITMO University. Even though it was my final year at the university, it didn’t affect their decision; the main thing was to find a research advisor.

Getting all the paperwork done sure takes a long time: it took me about half a year to arrange all the application documents. First you have to write a motivation letter and attend an interview at ITMO University’s International Office, and then send all the required documents to the French university.

Before going to a foreign university, it’s worth talking to the students who study there. My mistake was that I took the most difficult courses and I had to study day and night to catch up instead of enjoying myself. So I recommend that you talk to some students first to get more information about the educational processes at the university you're going to.

I participated in many projects during my exchange. One of the biggest projects was a robotics competition. It took us the entire semester to organise this event where students build robots and compete against other teams. I was in one team with a girl from Russia and boys from France and Norway. Our robot had four minutes to scan the test arena and make a map and then send it to the server.

I really liked the students’ attitude towards learning. Students in Europe are highly motivated. If they are given a project, they usually do more than they have to. They stay after lectures and ask questions, and the teachers don’t mind staying overtime either.

I studied with students from all over the world. If you’re thinking about going abroad on an exchange program, choose the universities where there are many foreign students. We always went somewhere together, organised various events and parties.

Even studying full-time, I still managed to visit about ten French cities. I went to Paris several times, and it was especially great to go there with French guys who know the city like the back of their hand. The most exciting part is that they know the real, off the beaten track Paris.

I had heard about the language barrier before the trip, but I couldn’t even imagine how bad it would be: at first, I couldn’t even speak. I also had problems understanding French teachers: they have a very strong French accent when speaking English, but it doesn’t take long to get used to it. It took me only about a week.

I decided not to live in a dormitory and rented a flat in the centre of Sophia Antipolis instead. But I often went to the dormitory to have fun with my friends.

My Plans for the Future

This trip really affected me, and now I have a lot of plans about continuing my education. I really want to study abroad.  Now I'm thinking about applying to a double degree master’s program at ITMO University. Studying abroad is about discovering new cultures, exploring new places, and making friends from all over the world. It can change your life forever!