Insights into Nanophotonics and Metamaterials from around the World

The third Summer School in Nanophotonics and Metamaterials has just ended at ITMO University. Over a week, participants listened to lectures, completed a project, shared ideas and established useful connections. To learn more about the Summer School, read our article. 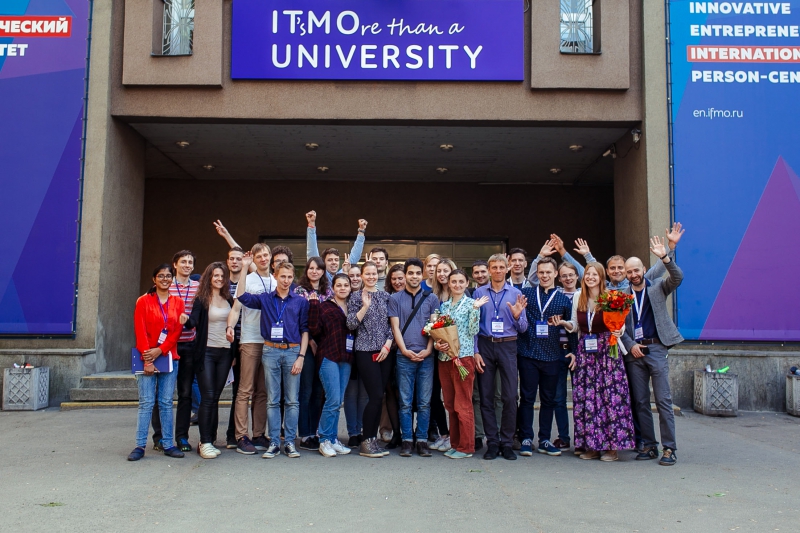 What makes this year’s Summer School in Nanophotonics and Metamaterials truly special is its format. The first two summer schools were launched in collaboration with the Russian Science Fund, while this year’s school was sponsored and organized solely by ITMO University. Apart from that, participants from other countries were invited to take part in the Summer School.

“Both lecturers and other participants like the idea of the school. As organizers, we can see that our school is gradually becoming more and more recognized. Participants have become more motivated. There are young scientists, who come here to attend some lectures, or discuss their research with some experts in their field. We continue giving grants to young scientists who want to attend our school, but don’t have this opportunity. So we don’t look only at academic success but also on need. For example, we try to give preference to students from developing countries, as it might be harder for such students to finance such a trip”, shares Mikhail Petrov, a research associate at the Faculty of Physics and Engineering at ITMO University.

“I have already taken part in summer schools in nanophotonics before, and I can say that the Summer School at ITMO University is very well-organized. I study silicon nanostructures. Participation in this year’s Summer School gave me an opportunity to listen to experts in my field, enhance my knowledge, learn about unpublished results, as well as present my own project and discuss it with the leading experts. For a while already, I have been studying about a nonlinear optical effect, like the generation of a third harmonic in silicon resonators. During the summer school, I presented my research in which I observed that using structured light can produce interesting effects, for example, by changing the polarization of the input radiation, it is possible to receive a signal of the third harmonic or zero signal from the same disk and thus carry out radiation selectivity, which can be useful for photonic devices”, says Elisaveta Melik-Gaiakazian, a PhD student at the Department of Quantum Electronics at Lomonosov Moscow State University.

Scientists from both Europe and Asia took part in the event. Among the lecturers who participate  every year are Yuri Kivshar (Australian National University, Australia), Konstantin Simovski (AALTO UNIVERSITY, Finland), Andrei Lavrinenko (Technical University of Denmark, Denmark) and others, but there are many new lectures every year as well. This year, there were participants from Germany, France, South Korea, Russia, Saudi Arabia, the USA, Italy, Croatia, Japan and Denmark. According to the organizers, there were many participants from Lomonosov Moscow State University and Moscow Institute of Physics and Technology.

“It is my first time taking part in the Summer School in Nanophotonics and Metamaterials at ITMO. I think that ITMO University is a really great place to study optics and photonics. That’s why I decided to participate. I gave a lecture on semiconductor nanodevices. It was a very interesting and enlightening experience to talk to other participants”, shared professor Constantino De Angelis from the University of Brescia (Italy).

“At first, we listened to lectures, and then we were divided into several groups. Every group had its own speaker, who was responsible for making a list of tasks based on his or her lectures. The tasks were very practice-oriented and interesting to work on. For example, you have to explain why you have to use this particular device in this or that research. So it was like conducting a one-day research”, says Ivan Toflul, a Master’s student at St Petersburg Academic University.