Aleksandr Golovin, ITMO’s Master’s student in science communication, has created his own popular science podcast “Crytmysh”. Every week, he invites scientists and science popularizers to discuss different issues: is it OK to trust Wikipedia, what’s the deal with modern flat earth societies, was the Stanford experiment real and even how to choose wine. ITMO.NEWS spoke to Aleksandr about his podcast, new formats for popularizing science, pseudoscience and why science communicators should not become too conceited. 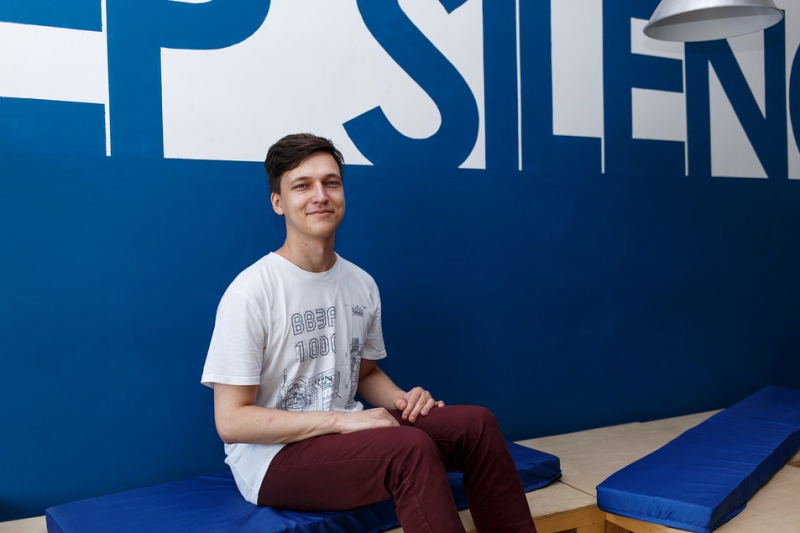 Why did you choose to popularize science instead of working as a doctor, which is your first education?

When I was studying at a university, I never thought that I wanted to popularize science. At that time, I was dating a girl who believed in astrology. I tried to dissuade her, but she never listened to any logical arguments. Then I started to ask my peers what they believed in, and it turned out that many of them also believed in astrology and other anti-scientific things. It made me understand that I have to do something about my social circle. I learned about the Society of Sceptics, who do popular science podcasts and meetups in Moscow. No one did that in St. Petersburg, so my friends and I took the initiative.

You have already done a scientific podcast before. How is Critmysh different from it?

Russel’s Teapot was an amateur project. We had no real concept, and in two years, we only did 12 or 13 episodes of it. As for Critmysh, I started it as a business project. I wrote a business model, where I put down the general idea, the methods I planned to use, and the possible problems. I now have access to a professional recording studio, as well. I’ve also changed my approach to editing, and continue working on the format: the first and the most recent episodes of Critmysh are very different. Also, I have plans for monetizing the project, and there are already  people who pay for our episodes.

How do you choose topics and guests?

On one hand, I like to discuss what I’m already interested in, and what the guest can tell a lot about. On the other, sometimes I find it hard to come up with a good topic, as Critmysh has weekly episodes, and there’s little time to prepare each one. For instance, when I was doing an episode with the astronomer Igor Tirskiy, we decided on the topic right before we started recording. With our other guest, Sergei Ivanov, administrator of the “Rugged technician” community, we spent a lot of time deciding on the topic, as he wanted to talk about computer graphics and tanks, which I wasn’t really interested in. Then, my acquaintances advised me to talk to him about wine, and it turned out that he even has a collection, and we succeeded in making quite an interesting episode.

Do you think a science popularizer should speak only about the topics they are interested in or be well-versed in any subject?

I’d say that there are no uninteresting topics, only uninteresting people. You just have to find a good way to approach the topic.

What is your target audience?

Our project is not for people who are totally new to science, but for those who are already interested in it, for those who think critically. We don’t have to explain what protons are to our listeners. Thanks to that, we can work with a wider range of topics: a person who’s not into science wouldn’t want to listen about the Stanford prison experiment, and a lot can be said about it.

You said that you believe that games can be a great format for popularization of science. How so?

I was mostly talking about computer games, as I don’t know much about board games. Still, we have to come up with a different format for them, as taking some popular game’s mechanics and adding a scientific aspect wouldn’t be enough. The very mechanics of a game should help unfold scientific content. For instance, we have the “Evolution” board game in Russia which is quite good at showing the mechanisms of competing for resources, succession of generations and the like, which gives a good idea of how these things occur in nature. I also like the mechanics of the game Niche which is about genetics, creating new species and gene transfer in a population.

Which other formats do you find promising?

Public discussions between people who have opposing opinions on a particular subject. Prior to the discussion, they read an article that clues them in, let’s say, on the issue of genetically modified organisms. Then they have a discussion on this subject, and have to decide whether GMO should be prohibited or not. Such a method of decision making is called deliberative democracy. There is research that shows that such discussions can lead to more balanced decisions. Saying something along the lines of “I don’t like it” doesn’t work well for an argument,  meaning people have to resort to critical thinking in order to assess different opinions. Another interesting format is a popular science book club. There are lots of discussions in social networks about particular popular science books, and it would be great to have such discussions offline, as well.

How would you define pseudoscience? I’m asking this because many people see the Ig Nobel Prize as a total opposite of the Nobel Prize, i.e. its winners are either pseudoscientists or failures as scientists. In reality, those are regular scientists who get fun results: like the claim that cats can be considered liquid. So, what is pseudoscience then?

Ig Nobel Prize is not about pseudoscience but rather unexpected results in science. Nowadays, we have many terms associated with pseudoscience: quasi-science, junk science, etc. In general, pseudoscience is everything that tries to appear as science but is not actually science. And this is why it’s hard to come up with a clear definition of pseudoscience. Some 100-200 years ago scientists believed in aether, and before that in alchemy. With the emergence of new knowledge, these theories were disproved, and if someone pursues alchemy today, you can well call it pseudoscience. Also, we can now disprove of particular ideas based on intuition or common sense, i.e. the amount of knowledge that we already possess helps us discern science from nonscience. Still, I don’t really like those science popularizers who believe that they can tell which inventions are real science and which not. I think that it is the professionals in particular fields, i.e. the scientific community, that should do it.

Why didn’t you become a scientist yourself?

I had an experience of doing a PhD program - I studied there for two years. When you apply for a PhD program, you perceive science as some unique process, thinking that you will invent new things right from the spot. Then you face the reality, where you literally have to clean mice excrements on a daily basis, and do heavy lifting for three days a week. You don’t always understand the purpose of your research and its goals. So science can be strange.

I often get to talk to ITMO’s PhD students. Most of them have a clear understanding of their goals.

Yes, and that is what it should be like: scientists have to have a detailed plan for attaining a particular goal. Still, it’s not always the case. And science communication is partially responsible for novice scientists and regular people just not understanding that science is hard labor and has lots of hidden pitfalls. Having listened to popular science lectures, people often think that science is more about inspiration and not routine work.

Self-reflection is what we really need in regard to science communication in Russia. Lots of popular science projects have emerged in the last several years. They all do something in the field of science communication, but few have an understanding of its purpose. There are two types of people doing it: some believe that science communication is some grand mission and so on, and others don’t overestimate its importance and consider it a work or a hobby. The former approach is quite harmful: it makes science popularizers conceited, and this repels people. They start to believe that they know the truth better than others. It took me some time to understand the harmful nature of this approach, as I first wanted to be a “missionary”, as well. Right now, I just like doing what I do.