At the end of September, ITMO University PhD student Daniil Shirokov won a student competition of research papers proposing solutions for creating a tolerant environment in St. Petersburg. He participated with his thesis on representation of scientists in comic books. Surprise effect in action: that’s how Daniil explains his astounding success. ITMO.NEWS met the student to find out why Spider Man's journey mirrors that of becoming a scientific communicator and how Hulk is connected with the crisis of masculinity. 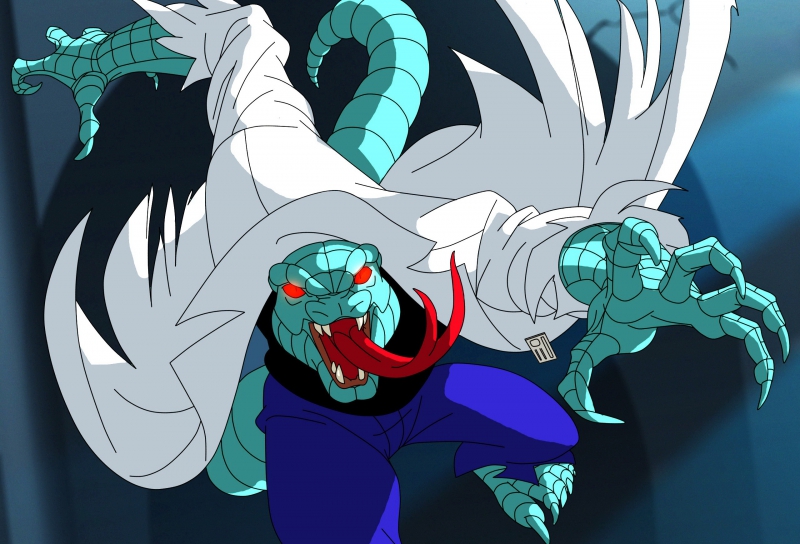 Dr. Connors, aka Lizard, the supervillain of a Marvel comic book of the same name

What was your work about?

Titled as ‘Representation of Scientific Knowledge in a Visual Culture’, my Master’s thesis focused on three principal questions: how did a scientist’s image in Marvel comic books evolve over the years, in what way was this process influenced by societal changes, and what do we have now. The practical part was divided in two stages: conditionally statistical treatment of a characters’ database and discourse analysis, for which I enlisted the help of young artists who drew show comics about scientists.

Acсording to my main hypothesis which runs through the whole narration, comic books have always reacted to the demand and changes coming from society. You can see it even by giving a couple of different-era editions a cursory look-through. For instance, a Cold War-era scientist isn’t portrayed as a human (or superhuman) being with its own unique character: they are first and foremost a tool for fighting the Soviets. All protagonists strictly align with the all-consuming fight against the horrendous red machine threatening with world destruction. This is perfectly exemplified by the Hulk, who entered pop culture in 1962. This was the time when the number of nuclear warheads finally hit the ceiling, so Hulk, this uncontrollable, ferocious creature, personifies the public fear of the looming nuclear clash between the two superpowers.

If we delve into the social context of the period, we can find plenty of similar references, for example, in the complicated figure of Hulk himself. His real-world alter-ego, Bruce Banner, is a scientist who works for the military but, despite his manly occupation, embodies the masculinity crisis that characterizes the society of the time. Although he is the main protagonist, he doesn’t tie in with the classic superhero image of a sinewy macho. When Bruce transforms into Hulk, he is, in essence, governed by a woman: only Betty Ross can calm him down and return him to normality, so she’s the real boss in the story.

But there were some unexpected findings, too. For one, it’s shocking how few humanities scientists make it to the Marvel comics: only 24 of 2,500 scientific protagonists are philologists. Archaeologists are slightly more popular: we counted about 35 heroes with this profession.

After a brief analysis of context and visuals of comic books, I was ready to agree with the verdict of a research project conducted in the end of 80’s-beginning of 90’s and aimed at unveiling the stereotypical social perceptions of scientists. A group of researchers approached over 2,000 respondents asking them to draw a scientist. The examination of these pictures revealed that the most recurrent vision was that of a bearded man wearing glasses and a white gown and surrounded by test tubes and weird-looking equipment. It’s practically the same in comics: a scientist almost always sports a white gown and glasses.

Do comics mirror our everyday reality or actually influence its construction? That’s one tricky question. Perhaps the suggestion that behind the scenes, comic authors are instructed to promote certain things, is not entirely groundless. But I like to think that comics don’t engineer our reality, but anticipate it or just quickly pick up on changes in the real world. That was the case with LGBT and disabled protagonists.  Homosexual superheroes didn’t emerge completely out of left field, but nonetheless were ahead of the time: back then, many American states still had laws prohibiting same-sex relationships.

What was the most interesting aspect in your work?

Compiling the data. It’s hard to believe this, but Marvel doesn’t have a universal database that would include short dossiers on each superhero. I had to circumvent this by taking separate fan databases and merging them into one. That involved cutting out all of the trash these databases often teem with to ensure that the final selection would only consist of accurate and unique information which will add value to research. I would’ve lost my marbles if I had to do this on my own; luckily, a programmer friend, also from ITMO University, has mercifully agreed to help me out.

To be honest, it showed me that either he is out-of-this-world clever, or I’m out-of-this-world stupid: he performed this task in an abominably short amount of time. By his own account, the work took him a couple of days, but I suspect that he did it in a half hour and denies this not to hurt my feelings.

Initially, I intended to include DC comic books to add on my Marvel analysis, but their databases were a tad confusing and returned lots of glitches, so I aborted that plan.

I’ve been a comic-book devotee since I was a child. My favorite superhero is Spider Man, I became obsessed with him when I was five and started to watch the 1994 animated TV series.

By the way, Spider Man perfectly represents the journey of becoming a scientific communicator. We first encounter him when he’s a talented school student, then he grows into a whizzkid-y university student who becomes fascinated about science while working a side-job of a photographer in a local newspaper. Then he goes into teaching, which we’ll brush over, but after that returns to science and starts his own tech company Parker Industries. I think this part of his story bridges that of Elon Musk; Parker Industries also is a tech colossus, but goes bust pretty fast. Our latest catch-up with Peter Parker is when he works as a science editor for Daily Bugle. This make-believe American paper is powered by more or less 15 science reporters who pool their genius minds to come up with one material in a week and a half. In our sad reality you’re more likely to be expected to prepare 15 articles in one day, but whatever.

I was lucky that the amazing people I met during Master’s studies encouraged me to use my love for comics to create a piece of topical research. I’m especially grateful to the Deputy Head of Science Communication and Outreach Office Daria Denisova, who gave me the idea to base my thesis on comics, and Senior Lecturer at the Institute of International Development and Partnership Nadezhda Kazarinova, who was my academic supervisor at the time. She doesn’t normally relate to comics that much, but agreed to help, did research into it and gave me some invaluable feedback as a result. It was a whole new experience for her as well.

How did you thesis defence go?

The practice part of my work raised the most objections; I was told that the artists I featured in my work mostly drew in a comedy genre, and the dissertation council members took issue with the fact that comedy plots are easier to devise, as they put it. To which I retorted asking where did they get this assumption from and is there any data to prove it. The discussion didn’t go as smoothly as I hoped it would, and I think that everyone still went away with their own opinion at the end.

The main problem I encountered was finding artists that would agree to draw for my project. If only I had more energy, time, and money, I would’ve approached more artists, so I took this remark in my stride.

What I also should have done was to delve deeper in the statistics, so that no one would criticize my experiment. All that was needed was a more thoroughgoing statistical analysis and a more diverse sampling. But I realize that didn’t follow up with my analysis, both in terms of statistics and discourse. It would’ve been better to concentrate on one of these things.

How did you win this contest? It must have been a major victory since it was organized by the government of St. Petersburg.

I suppose I just managed to stand out from the rest. Imagine: you get 40 rather uninspiring papers peddling groundbreaking suggestions of the importance of interactive blackboards in teaching, and suddenly there is that one work bursting with exciting stuff like visual culture and comics. It’s bound to get people interested, to quickly skim through the abstract at the very least. I’m sure that it wasn’t only the abstract they read, but my win was largely due to this element of surprise.

What’s next for you?

As of now, I’m busy teaching the Soft Skills course dedicated to research ethics. I have a wonderful group of students and I’m really enjoying being a teacher in general: I’ve always wanted to become one, to share my knowledge with others. Although ‘teaching’ is a bit of an overstatement. I drove my girlfriend nuts, my friends are sick of my scientific evangelizing, so I needed other victims. But my class is a tough cookie to crack: I come to the lesson relishing a prospect of a good old ramble on my favorite topics, but they stop me then and there saying, ‘Cut it! We want to hear something new!’

I’d love to return to researching comics, but I want to make sure I have thought of an original topic first. I don’t want to churn out nonsense. Maybe one day someone will stop me in the middle of my ramblings with a question that will get me thinking and light the spark for my next project.